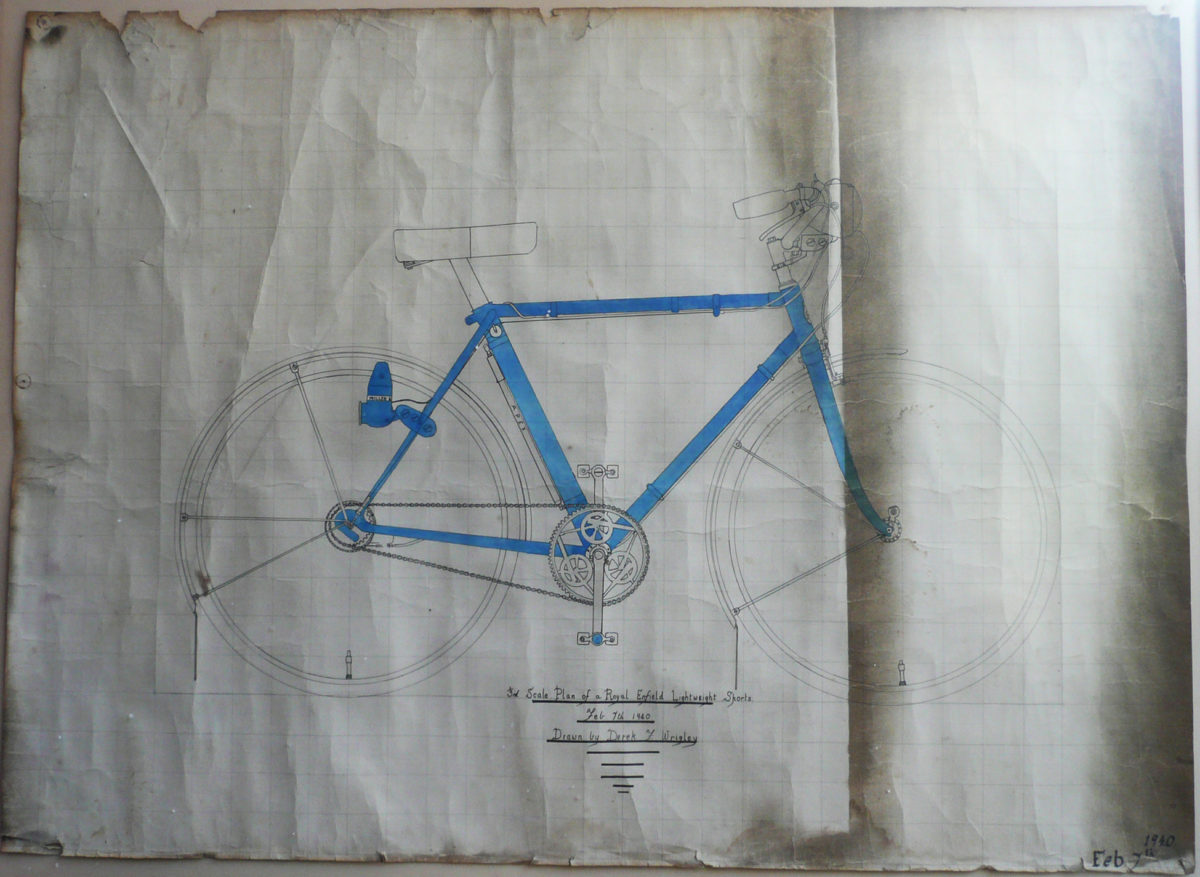 In 1940 I had just finished my first year of indentured apprenticeship at Ferguson Pailin, Audenshaw, Manchester and belatedly realised that electrical engineering was not for me.

My talents showed that I excelled at high school in physics, art and geometry yet I failed my School Certificate exam, much to the disappointment of my parents. My bike drawing and my Meccano set had profound influences in teaching me the fundamental physics of actions and reactions and the beauty to be gained from creativity.

I had never produced anything so ambitious as a measured drawing before, other than freehand pencil sketches of a sledge I made in 1935 (11yo)(long lost but reconstituted in the Miscellaneous section in this portfolio).

I had a primitive set of drawing instruments for pencil and ink drawing which may well have stimulated me into creating that significant drawing at the age of 16 which was a critical point in my life as it revealed that I had the nascent talents for a career in architecture. Seen in retrospect it more than made up for my failure in the School Certificate and I was accepted (some four months late in term 1) into the School of Architecture at the Manchester School of Art at All Saints – where I studied full-time for the next six years. Luckily for me I had not been accepted for war service because of deafness and so I qualified as an architect in 1945, winning the Ashpitel Prize of the Royal Institute of British Architects for achieving the highest marks in the final exams in all England (over 300 examinees) and for my Distinction in thesis on ‘Sound insulation in buildings’ 1assessed by Hope Bagenal, Britain’s leading expert at that time in acoustics and sound insulation. I was invited to join the Building Research Station at Watford but came to Australia instead – a decision I have never regretted !