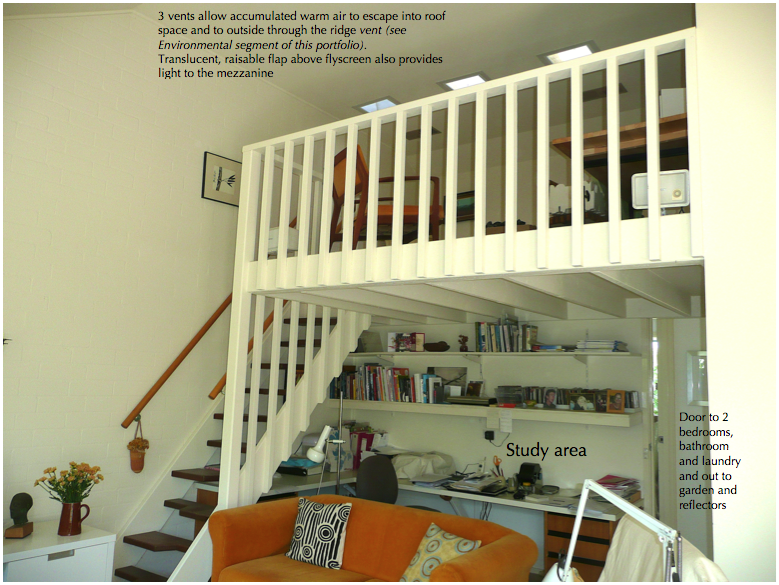 I designed a small mezzanine for Shirley, my sister, in the tall space at the back of her living room in her 2BR unit at Pearce. This not only provided extra sleeping space for casual visitors, but enabled extra storage space and the installation of ceiling vents – the three vents can be seen above which work in conjunction with a new ridge vent (see 1994 entry in Environmental section). The unit works perfectly well without air-conditioning.

The access stair posed spatial problems and an alternate step system was used to safely provide a steeper rise. It worked well – provided that you started off with the correct foot!
It was to a design of and made by Charlie Frommell in Queanbeyan, a well trained stairmaker from Germany.

The space under the mezzanine was now more clearly defined as a small office with large desk and computer space. It has now worked well for over 20 years and even been copied by others in similar houses. 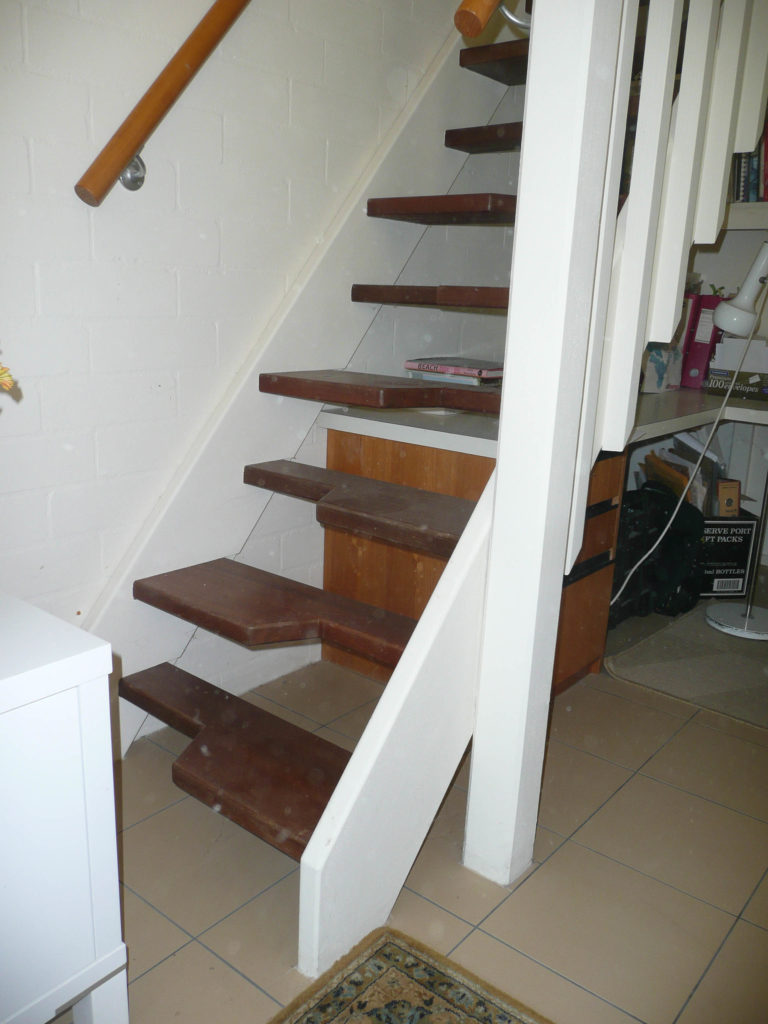 Charlie Frommell, a trained stairmaker from Germany introduced me to the “spacesaver” staggered system of stairs which could be used where space (the “going”) was very tight.

It enabled the stairs to be made at an angle of 50º instead of the more usual ~35º, saving about 900mm of floor space at the bottom in a rather small living area. It has worked very well indeed over 20 years – providing you start off with the right (R) foot at the bottom !

It is a most ingenious design and I don’t know of any other staircase in Canberra like it.

Charlie died around the end of the 20th century I think – but left his skill for all to see.