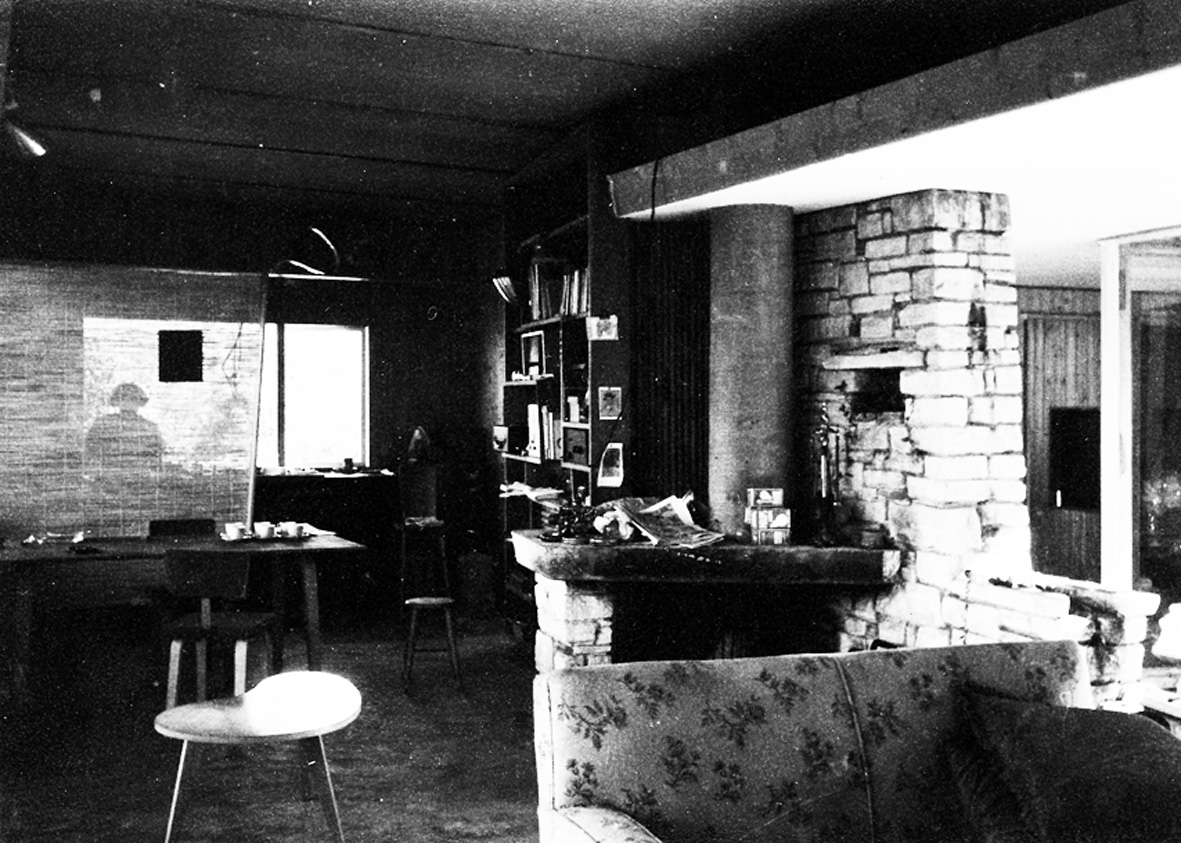 Lecturing at School of Architecture, Sydney Technical College (later Uni. of NSW) during the week and evenings with long weekends for building. Lived in boarding houses in Mosman. Bought a worked out stone quarry and subdivide into two blocks for £100. Designed and built by me to learn about Australian building techniques. Designed a 3 BR house on the front block in a U form with atrium in middle to maximise solar penetration. Street elevation was fully glazed to take advantage of the coastal view.

Design application to Warringah Shire Council was refused as it “…didn’t look like a house”. Walter Bunning intervened on my behalf (and Syd Ancher was having the same trouble at Fairlight) – we both got approval after a bit of a verbal fight.

It was brick veneer with flat roof and quite different from the very conservative houses around the area. Syd, Walter and I were (in retrospect) pioneering the Sydney Modernist Movement in this area and Harry Seidler came shortly after with his aunt’s house in Turramurra.

I travelled by motor cycle mainly (often with a bag of cement over my knees) until I bought an old 1929 Ford A sedan around 1950.

I built myself a small wooden cabin for sleeping in at weekends and to store cement in.

The quarry had a well established ‘two-up school’ at weekends but I had to move them away to let me build the house. 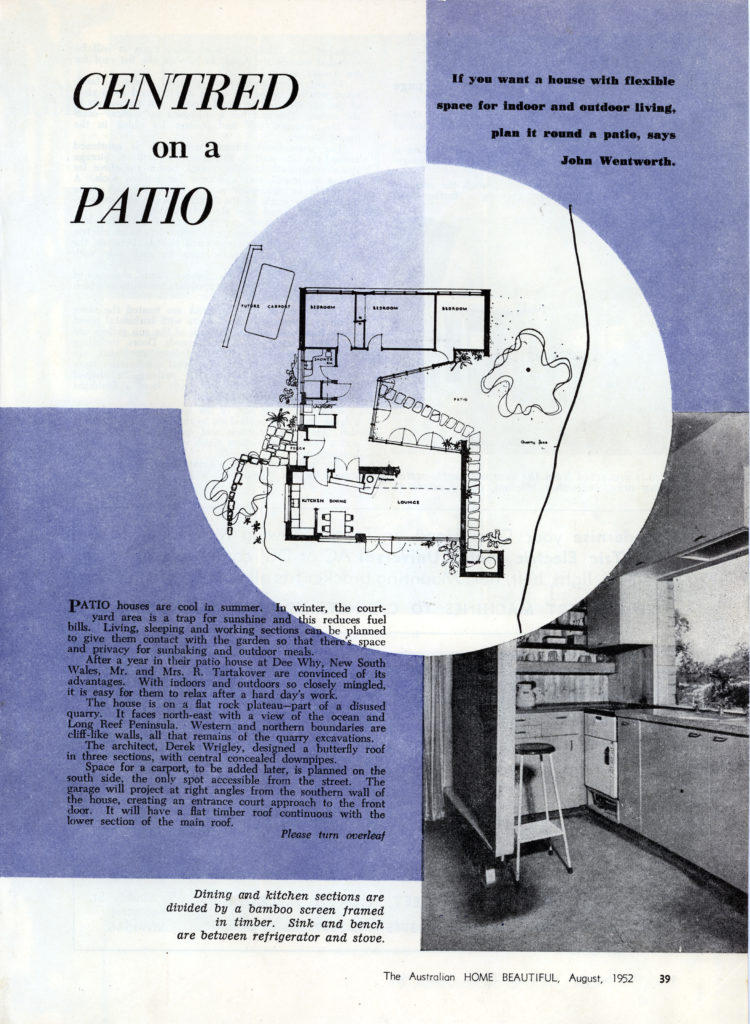 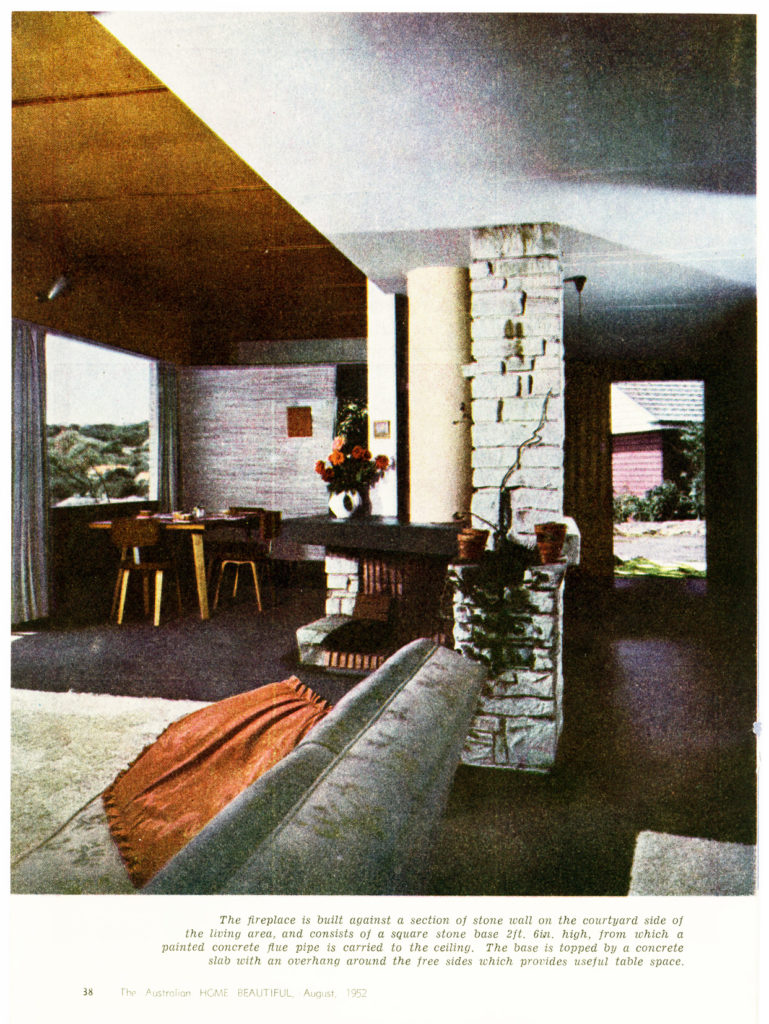