Eastern elevation – the large sliding door on the right is directly opposite the door in the other photo. Winter living room is on left.

Looking back from 2015 it is interesting to see the design approach taken 60 years ago when energy conservation did not have such a high priority. On the east coast the dominant imperative is to have the sea view to the east (as above), but faced with the same problem today the capture of solar energy would affect the design more.

The view to the north was a steep hillside and the maximisation of winter sun penetration needed careful design. It was a product of the mild climate.

It was a leading example of contemporary architecture in 1955, receiving no publicity in the architectural press. Hidden away in Redfern Parade, DeeWhy on an inaccessible block well below the level of the end of the cul-de-sac street. I was not very publicity conscious in those days so I didn’t notify ‘Home Beautiful’ of its existence. Anyway it has now been demolished and any views of the sea now seem to be obliterated by large trees and other buildings.

The Eames chair shown in the above photograph was made by Descon – a small, adventurous furniture making firm in Brookvale near DeeWhy. Whether it was made under licence from Hermann Miller (USA) I am not sure. They were beginning to get interested in my fibreglass shell chair in 1956 but my move to Canberra seemed to close off negotiations – I was on to the next phase of my life’s adventure.

Looking at the Google Earth view of Burne Avenue and Redfern Parade in DeeWhy makes me glad I made the move – I don’t even want to see what has happened to my OB2 house on top of the quarry – it now seems to be hemmed in by more houses. 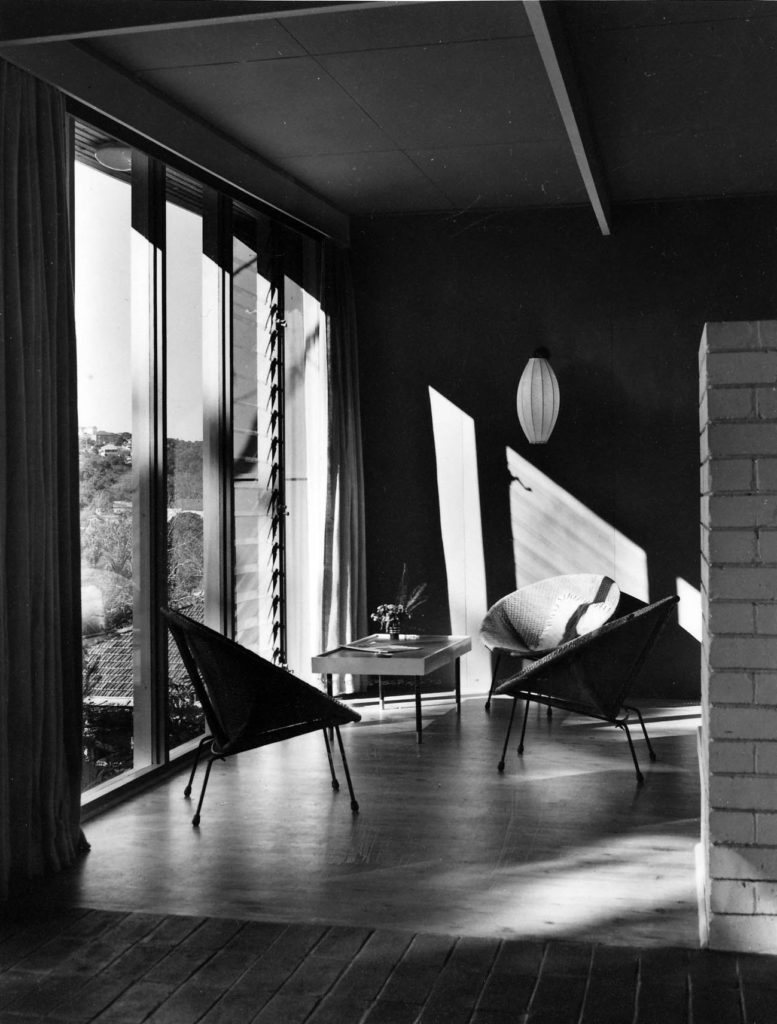