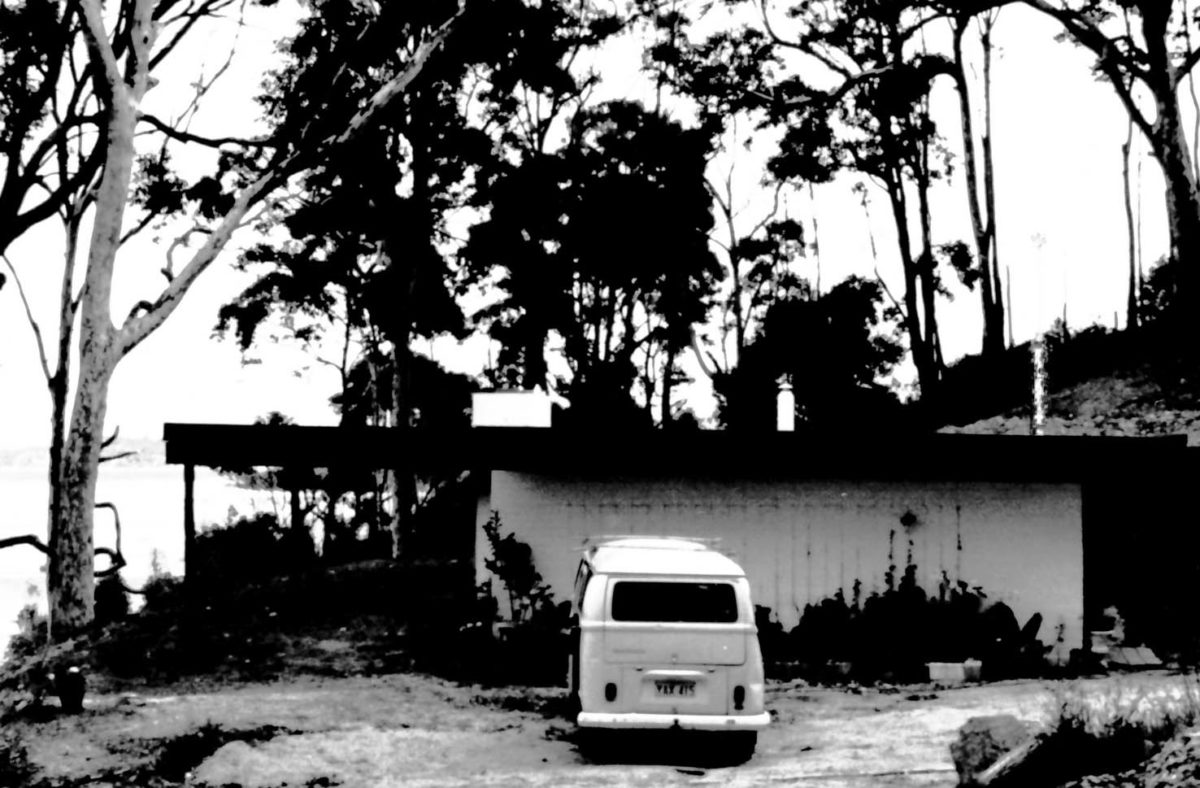 View of north side entry on a diffcult block. State forest on right. (the only photo I have of this house)

I designed a house for Louis Smith and Lesta O’Brien (owner of the gallery in Finniss Cres. Narrabundah where Hilary and I had our first exhibition of sculptures).

The house was all designed on A4 paper just to prove it could be done. Again it was built in an old quarry (like OB1 and OB2). Low pitch metal deck roof with big skylight over the entry which gave it quite an intriguing feel.

Unfortunately, it was a N-S block with main view to the east – typical of many coastal houses which is a designer’s main problem along the east coast. It could not really be called a ‘solar house’.

The Modernist style was readily accepted by 1966 so no problems with Building Inspectors.

After the death of the original owners it was advertised by Elders as “designed by the famous Derek Wrigley, architect…”.when it was up for sale in 2014. Its about time the law of Royalty Rights was amended to include houses as many owners benefit from a well-designed house in the first place (often at a ‘friend’s price’ or no fee at all) then sell it later at a loaded price in which the famous architect is used as bait. This happened with the Hunt house, Paral house, Hannan house, Freeman house, and now this house – it just isn’t fair.