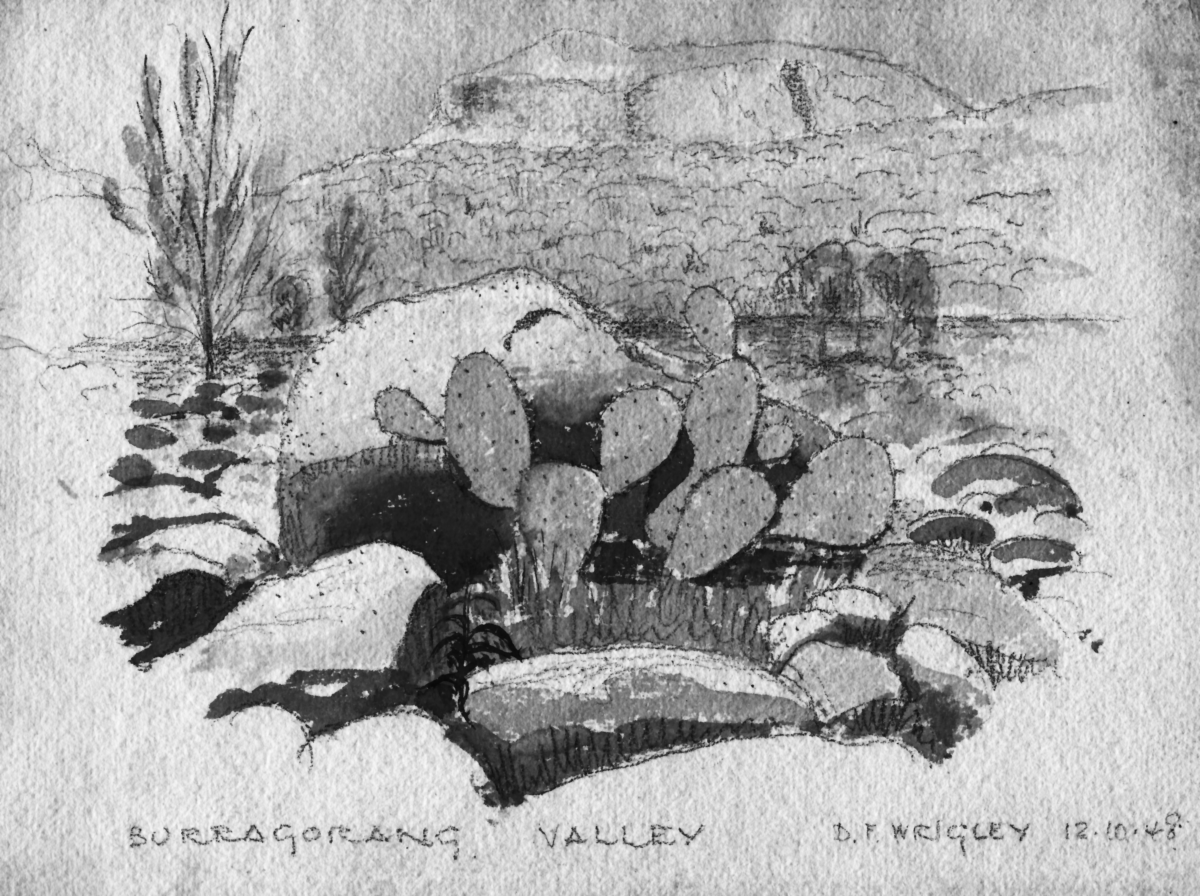 The floor of the valley was a mass of stones and rocks with a few scattered casuarinas and eucalypts . It was dry, dry, dry !  The massive escarpments surrounding the valley were very impressive to me , but they were just a foretaste of what was really to be seen further north in the Blue Mountains and I was soon to know the now famous Myles Dunphy who mapped the Blue Mountains.  He was a lecturer in architectural history at the Sydney Technical College where I was to work with him – and listen to his stories.  I could not have had a better teacher about bushwalking. We became great friends. The above view is now the bottom of the dam.

Being a raw Pommie in this great land of Australia I did find time to venture out into the wilder regions to see the countryside around Sydney.

My very first venture was with the Sydney Bushwalkers. It proved disappointing because the first walk I joined was somewhere around Engadine and all we saw was vague bushtracks through rather dense eucalyptus forest. I don’t recall seeing any long distance views at all. Didn’t even see a snake, despite all the warnings ! It couldn’t have been a greater contrast with the wild moors of Blackstone Edge I was used to with hardly a tree in sight. It was hardly sketching country except for the detail of bark on the trees.

My second venture was a few days in a boarding house in Burragorang Valley, SW of Sydney, via Camden. This was a wide open valley between craggy outcrops and I learned that it was all to be flooded to provide water for Sydney.

A film I saw in Oldham before I came out was “Bush Christmas” which featured a country policemen and his white horse tracking a criminal on the loose in the wild country. It was filmed in the valley and I was given a ride (my very first horse ride) on the policeman’s horse – which knew a rookie when it felt one and did its best to unseat me.

Anyway, I managed a couple of sketches of rocks and cacti but I fear I need much more consistent practice before I can call myself an artist. 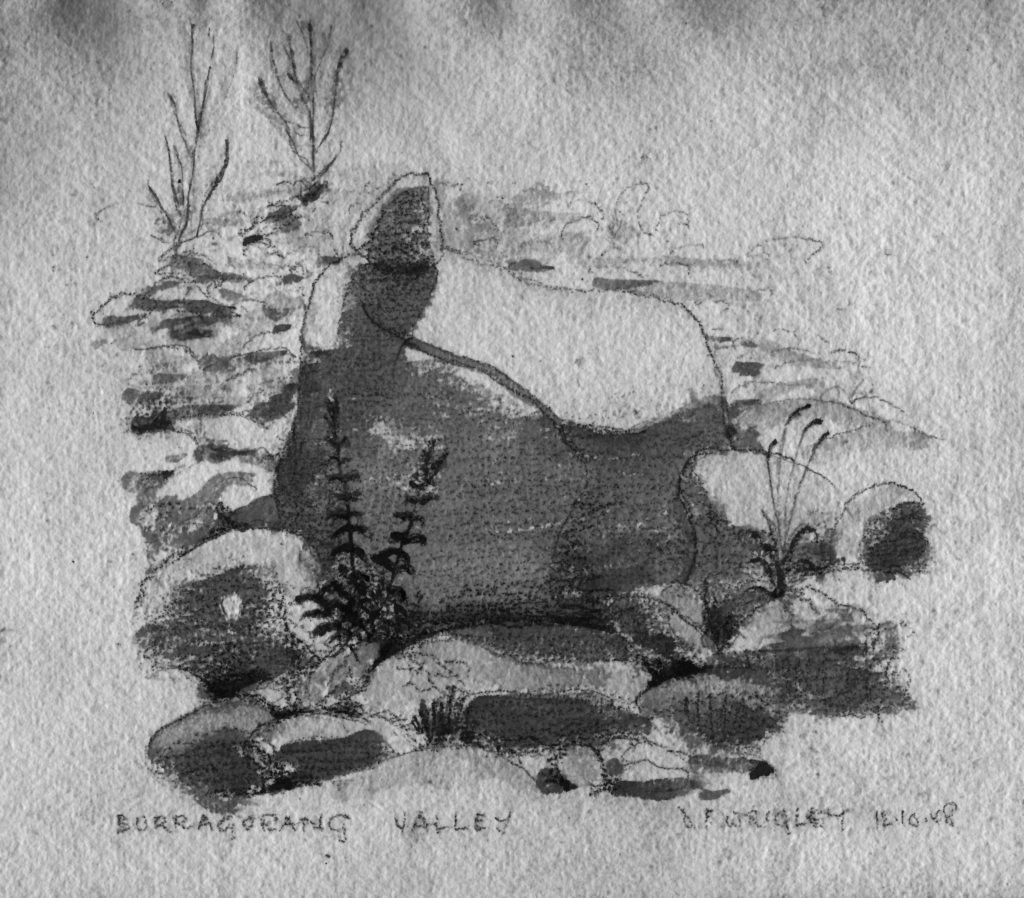 Both pencil and watercolour on rough Whatman’s paper.