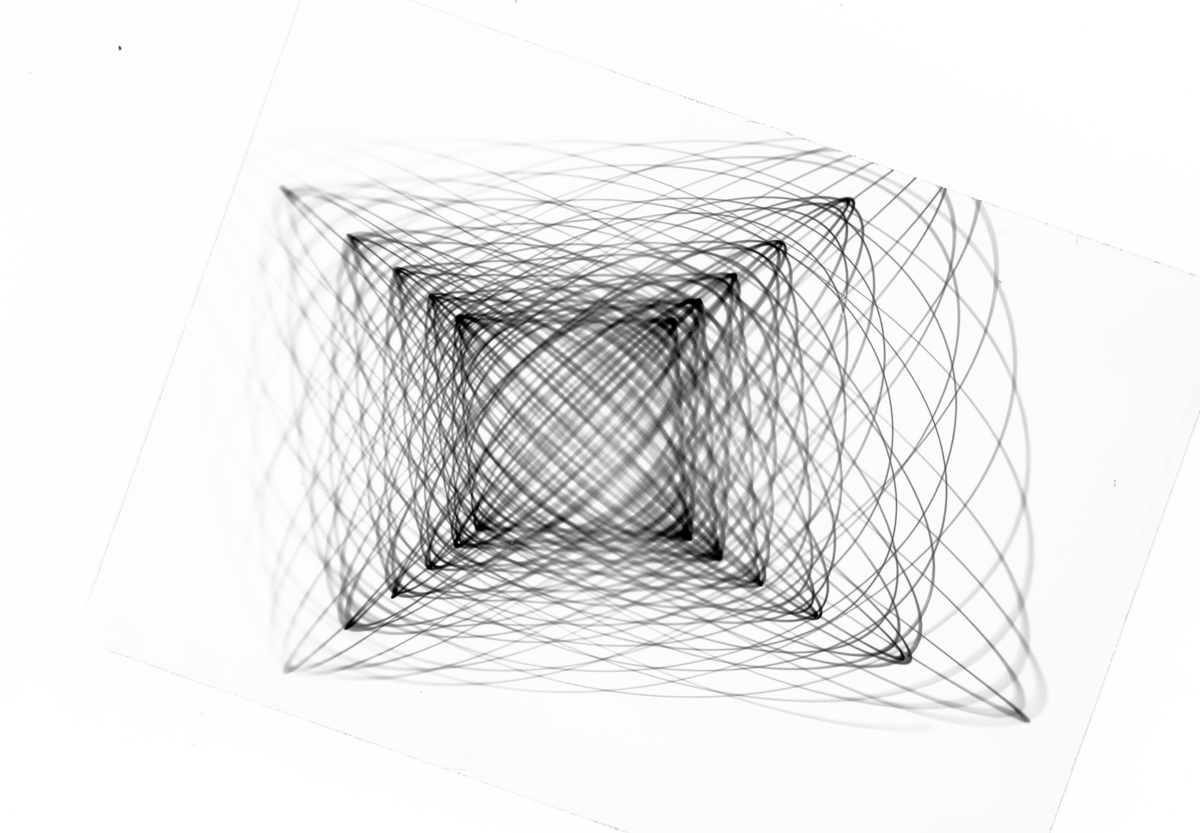 When I was living in my cabin on top of the quarry below my OB2 house at DeeWhy (under construction 1952 – 1956) I spent some evenings in the lovely total darkness experimenting with Lissajous figures, using a small hand torch with a pinhole mask hung as a pendulum from the ceiling over an unexposed sheet of photographic bromide paper. With the torch switched on I set it swinging in a particular pattern, tracing a light path of reducing size due to gravity on the paper. Developed and fixed in the photographic solutions I obtained many patterns on the paper – some very interesting – others not so.

It reveals the intriguing relationship between art and science, showing how a pendulum’s compound movement can be influenced by many factors such as speed, gravity, earth’s rotation, even the serendipitous initial movement by the hand which must be capable of mathematical analysis – but is beyond my expertise.

The speed of the light moving over the paper can be clearly seen from the lightness or darkness of the lines – the lighter they are –the faster the torch is moving and the torch is very active at the beginning of the pattern – seen by the outside traces. The closer to the centre the slower it becomes (less energy) so the light spot over-exposes the trace and it becomes darker.

This pattern was a simple pendulum with a small bias applied to the string to make it produce an asymmetrical pattern. 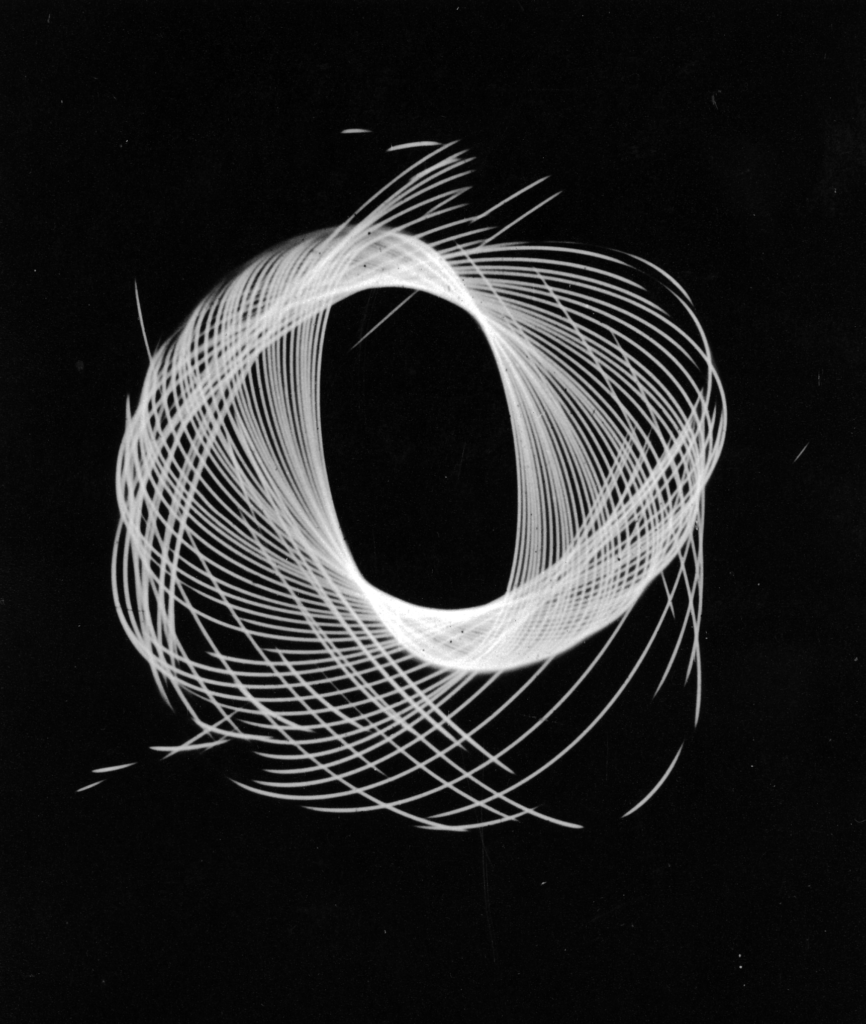 Lissajous 4 by DFW
This has an intriguing 3-dimensional quality akin to basketwork.

In the 1950s there were no computers around and I had to generate these figures with the simplest and cheapest of equipment, yet they produced some of my best work.

When I bought my first computer around 1990 I tried to carry on this kind of experiment but not quite so successfully because I did not have enough understanding of the medium, nor the time to play with it. However, I did have some successes 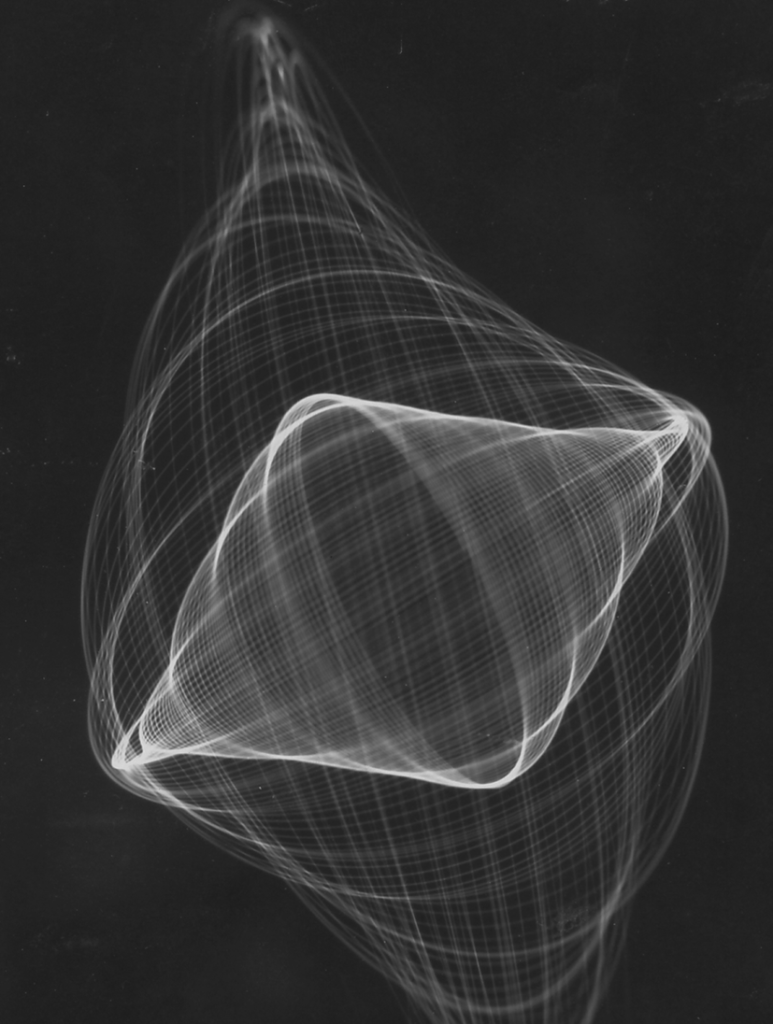 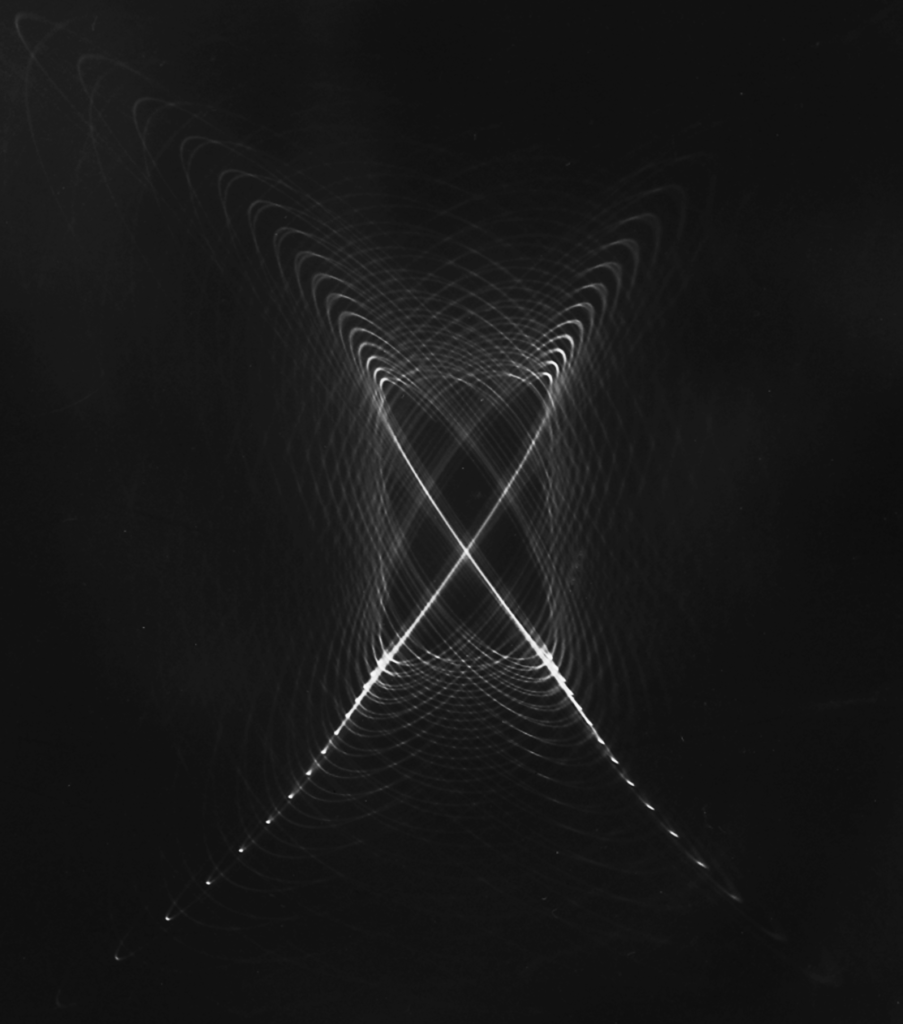 How these figures got their name….

Jules Antoine Lissajous was a French physicist who lived from 1822 to 1880. Like many physicists of his time, Lissajous was interested in being able to see vibrations. He started off standing tuning forks in water and watching the ripple patterns, but his most famous experiments involved tuning forks and mirrors. For example, by attaching a mirror to a tuning fork and shining a light onto it, Lissajous was able to observe, via another couple of mirrors, the reflected light twisting and turning on the screen in time to the vibrations of the tuning fork. When he set up two tuning forks at right angles, with one vibrating at twice the frequency of the other, Lissajous found that the curved lines on the screen would combine to make a figure of eight pattern.

The ABC logo is a 3:1 Lissajous figure –

if Lissajous wanted to see this pattern he would have to get one of his tuning forks to vibrate three times faster than the other.

Other versions of light pictures can reveal the beauty of the parabolic curve which is so fundamental in science.

This time exposure of a Catherine wheel firework reveals how the weight of particles, their velocity and the effect of gravity combine. – the darker the trace the slower the particle is going. If we knew the exposure time and the dimensions of the photograph we could work out the speed of the particle. 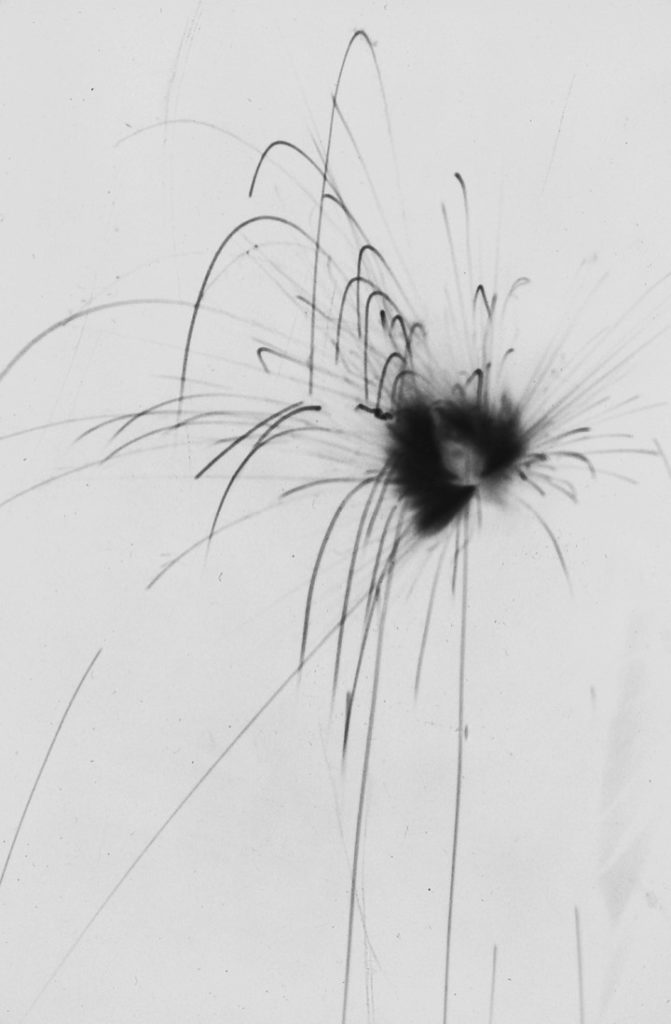