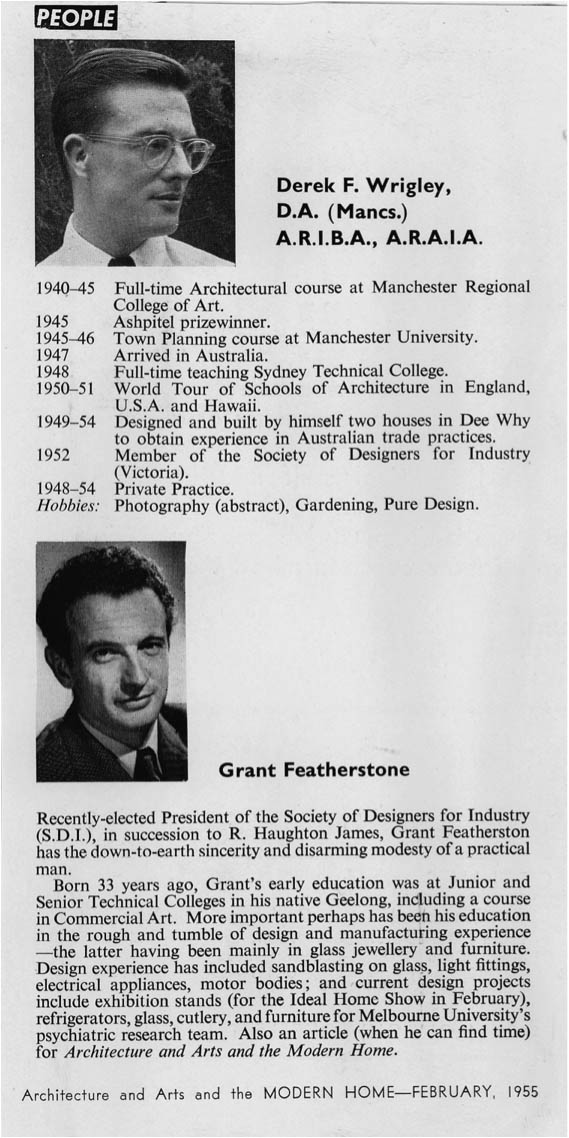 Grant and I both received some publicity in the Modern Home magazine in Feb. 1955 and later on we were to collaborate when furnishing Bruce Hall at ANU when we were buying his chair designs through Aristoc Industries. His furniture for Aristoc was far superior to other metal furniture on the market at the time.

We later became friends when The IDCA came into being and at functions organised by the IDIA in Melbourne. He was also a friend of Fred Ward.