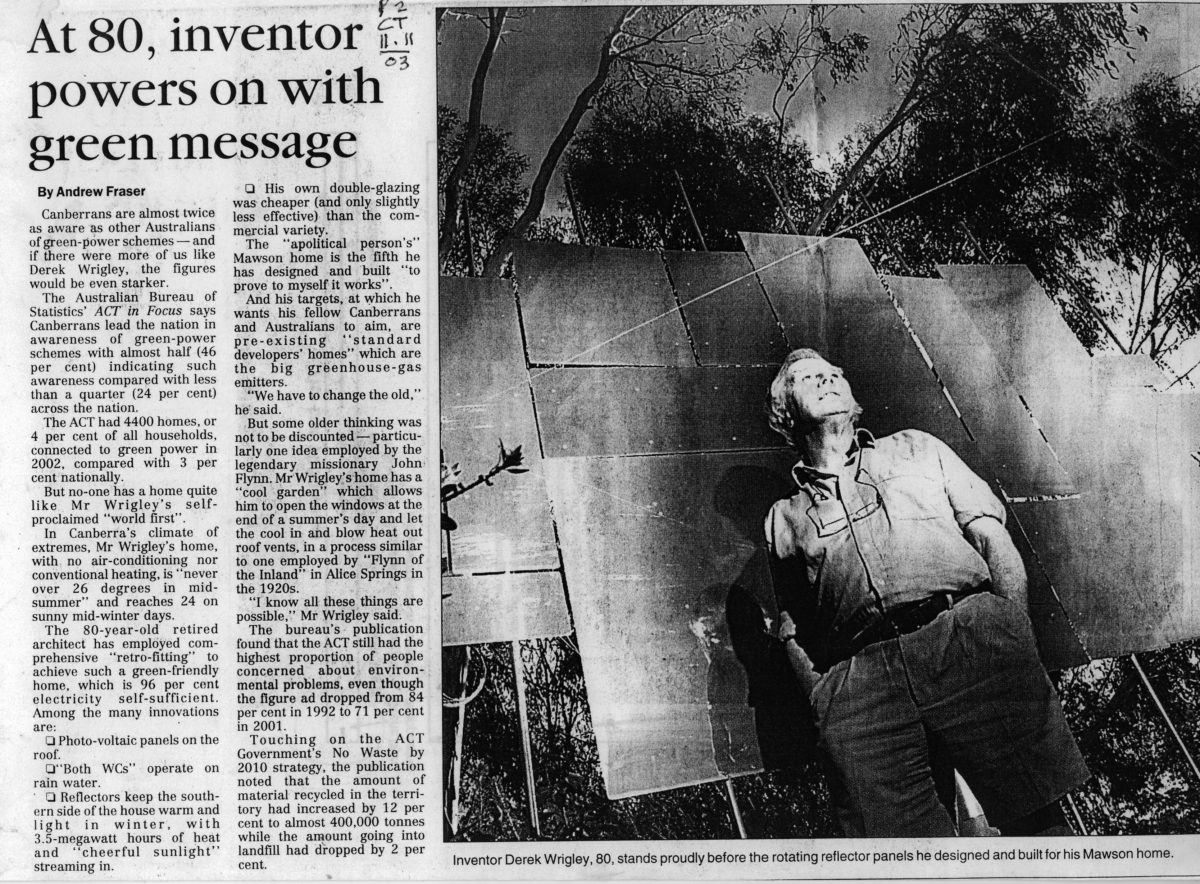 The heliostat I erected outside the dining room window attracted many comments as it was a most unusual structure to place in a garden. Many comments were about its sculptural qualities which were very pleasing to me as I had taken a lot of care to make it appear ‘interesting’ instead of being just a large flat mirror.

It had not been approved by the Body Corporate as I felt it was ‘research on the run’ and hence more important than the ‘aesthetic’ wishes of an uninformed committee.

I have described it to many visitors with invariably favourable comments.

The vine a placed at its base has now (2016) grown up the back of the structure and it is now well disguised in the landscape – but I do have to keep it trimmed to obtain full effectiveness of its purpose – a small price to pay.

See also the 2002 Heliostat entry for more technical information in the Environmental segment.