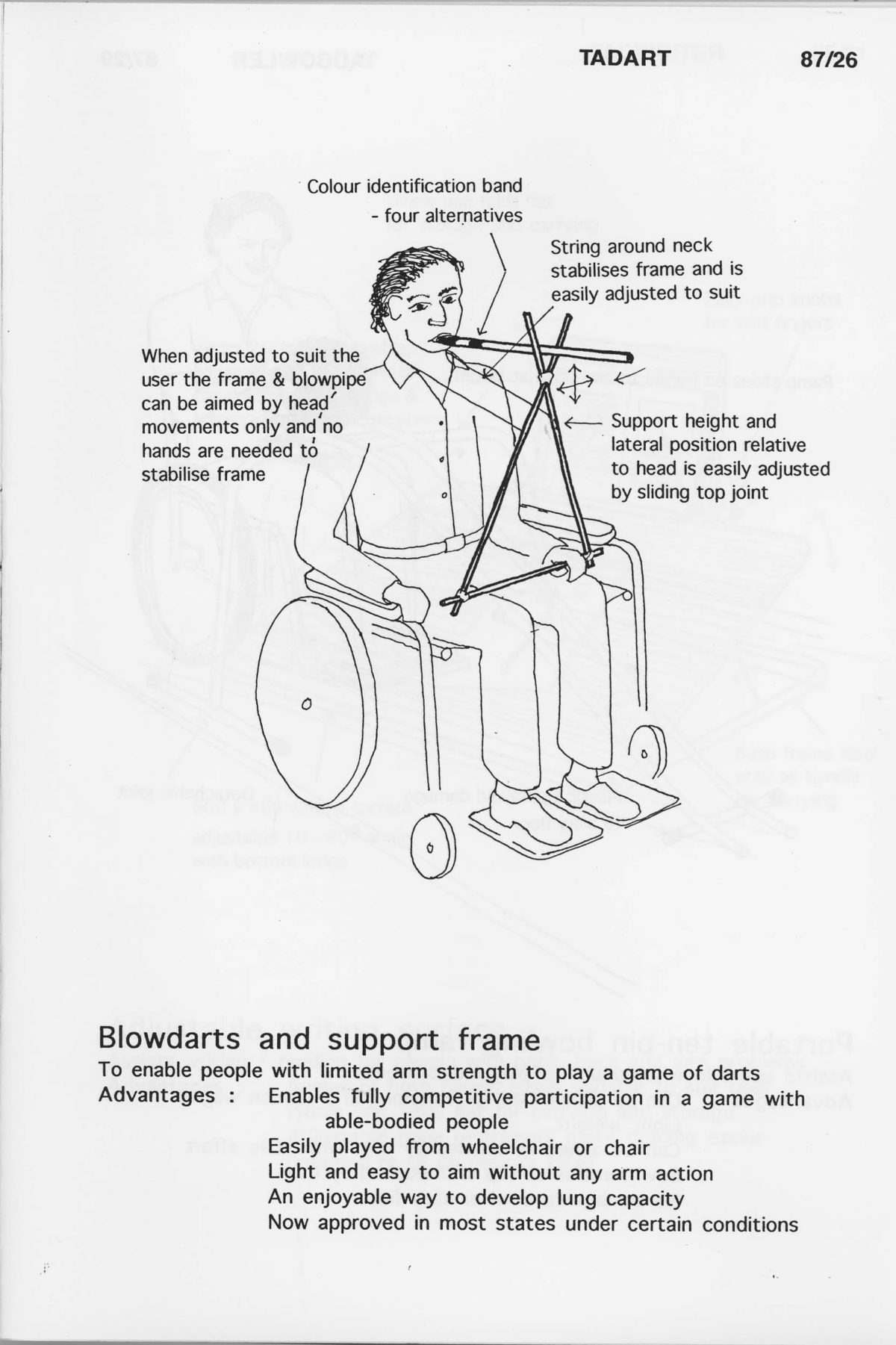 Design development by Derek, production by Charles Bartholomew for TADACT Productions.
This illustration is from the 1997 Catalog which explains the semi-commercial set-up.

This design resulted from a request to TADACT by some occupational therapists who wanted to help those in wheelchairs who had limited use of their arms to play darts in competition with able bodied darts players.

The concept of blow-darts was originally conceived by TADNSW but developed further by me and Charles Bartholomew and passed over to TADACT for batch production.

It was very successful until the ACT Police heard about it and confiscated all our blowpipes and darts under the Firearms Act as a dangerous weapon. We could have been jailed.

Users became very skilled with the device and in time became more accurate in placing the dart than their able-bodied competitors.

It had the significant advantage of developing their lung capacity.

A very sad ending to a most useful device for people with a disability.