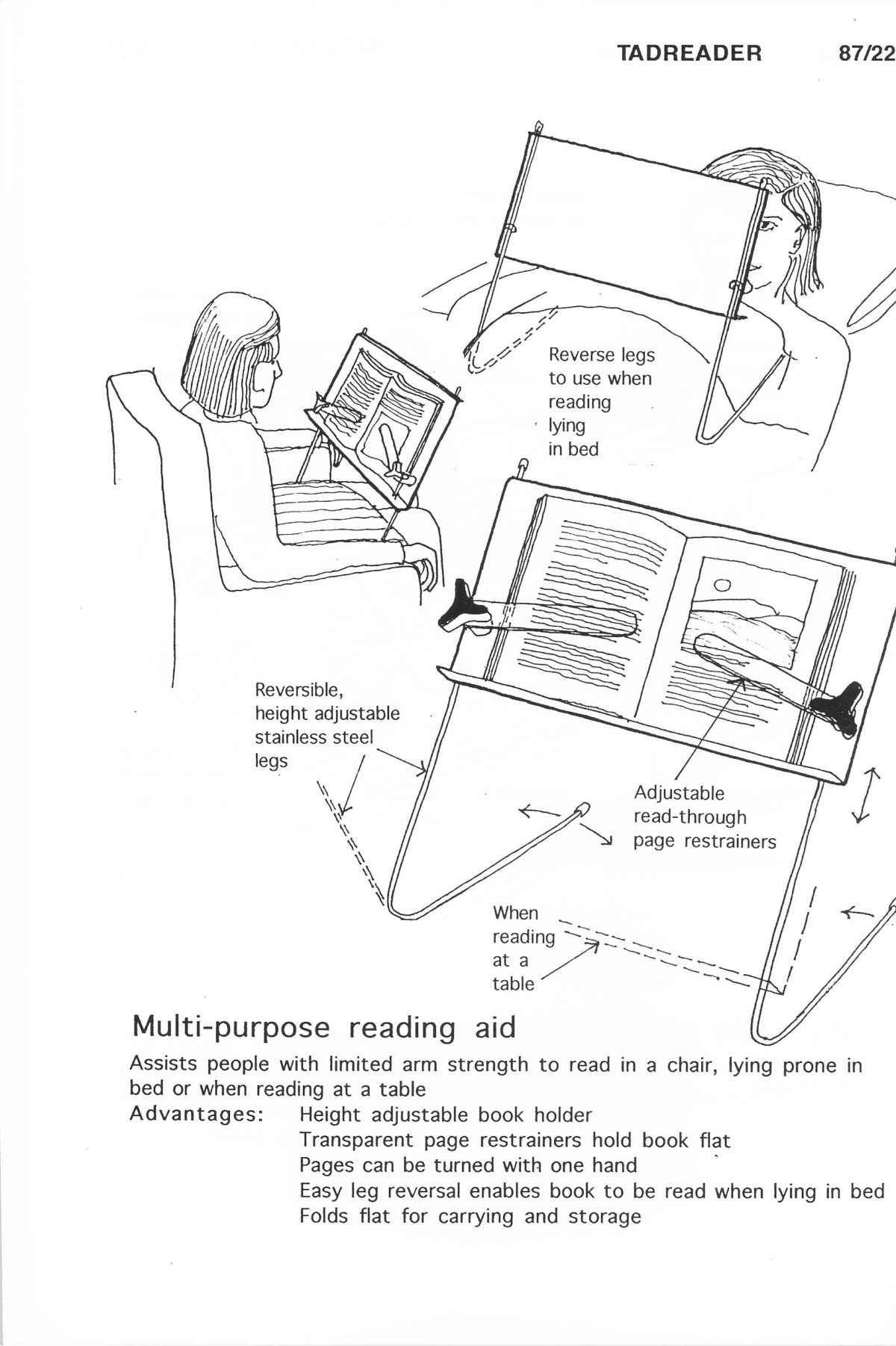 This design resulted from finding a solution to my mother’s problem of holding up books when reading in an armchair.

The solution to her problem was easy as all relevant dimensions were known, but designing it for unknown situations and making in small batches required a bit more flexibility.

The Tadreader became extremely popular so I took on the production.

Eventually well over 500 were produced by the time I retired in 1991 from TADACT and TADACT Productions but the stimulus was not there. Little technical variations were tried by TADACT without consultation with me which reduced its effectiveness and it was discontinued. Death through attrition and ignorance.

It has proved to be very versatile in a wide variety of situations and my only model is in constant use every day during siesta time.