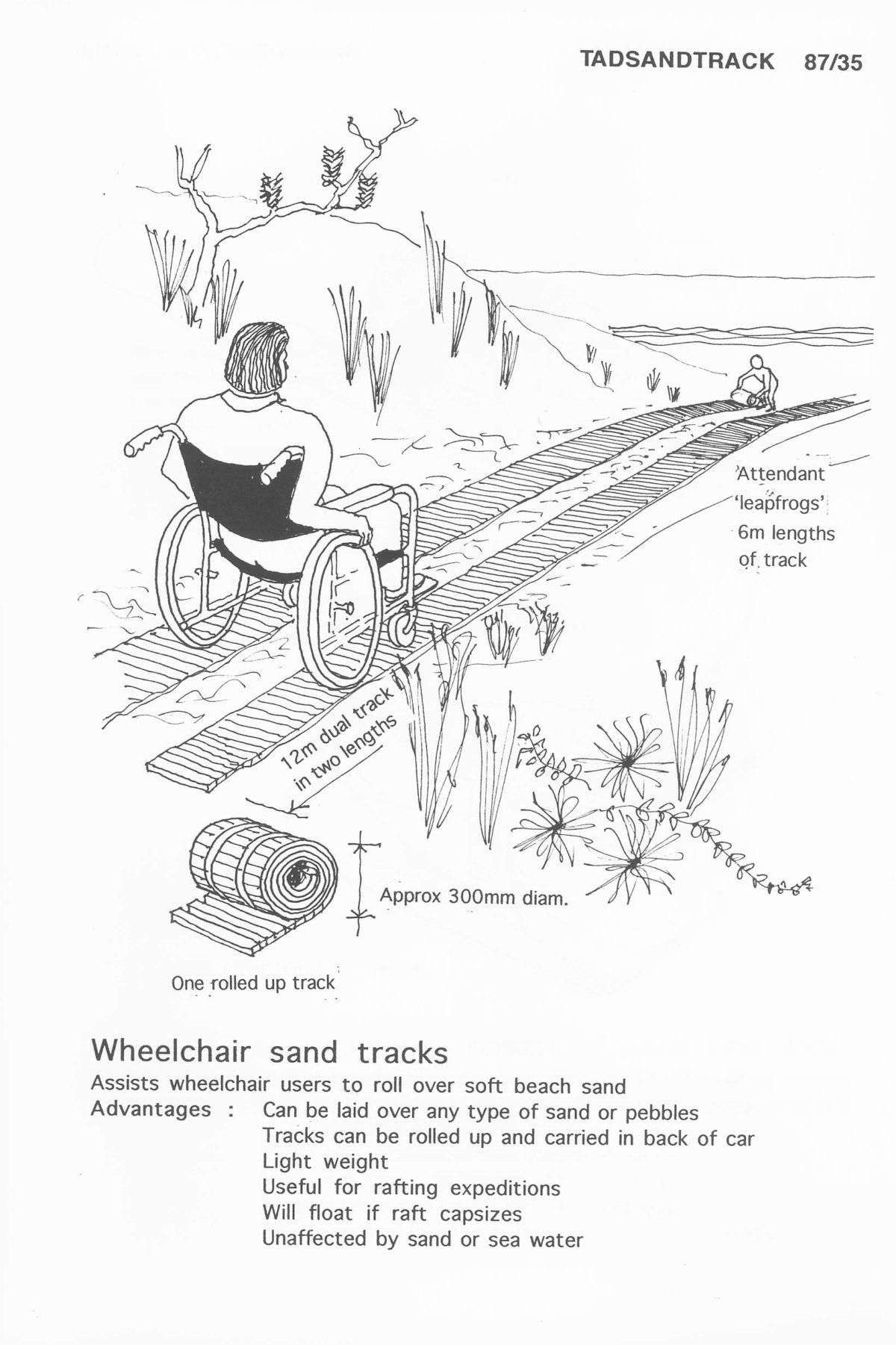 Design and production by Derek, late Charles Bartholomew and late Harry Hesse for TADACT Productions.
This illustration is from the 1997 Catalog which explains the semi-commercial set-up.

This design resulted from a request to TADACT by Outward Bound and a couple of track sets were used in a joint Austral-American canoe and raft expedition down the Snowy River in 1984 which included many wheelchair bound participants.

I was one of the group and celebrated my 60th birthday on the trip.

The venture would not have been possible without having the sand tracks to make life easier for those in wheelchairs on the numerous river beaches we camped on over two weeks.

It was an eye-opening experience including a few rapids and abseiling wheelchairs down vertical rock faces into the river.