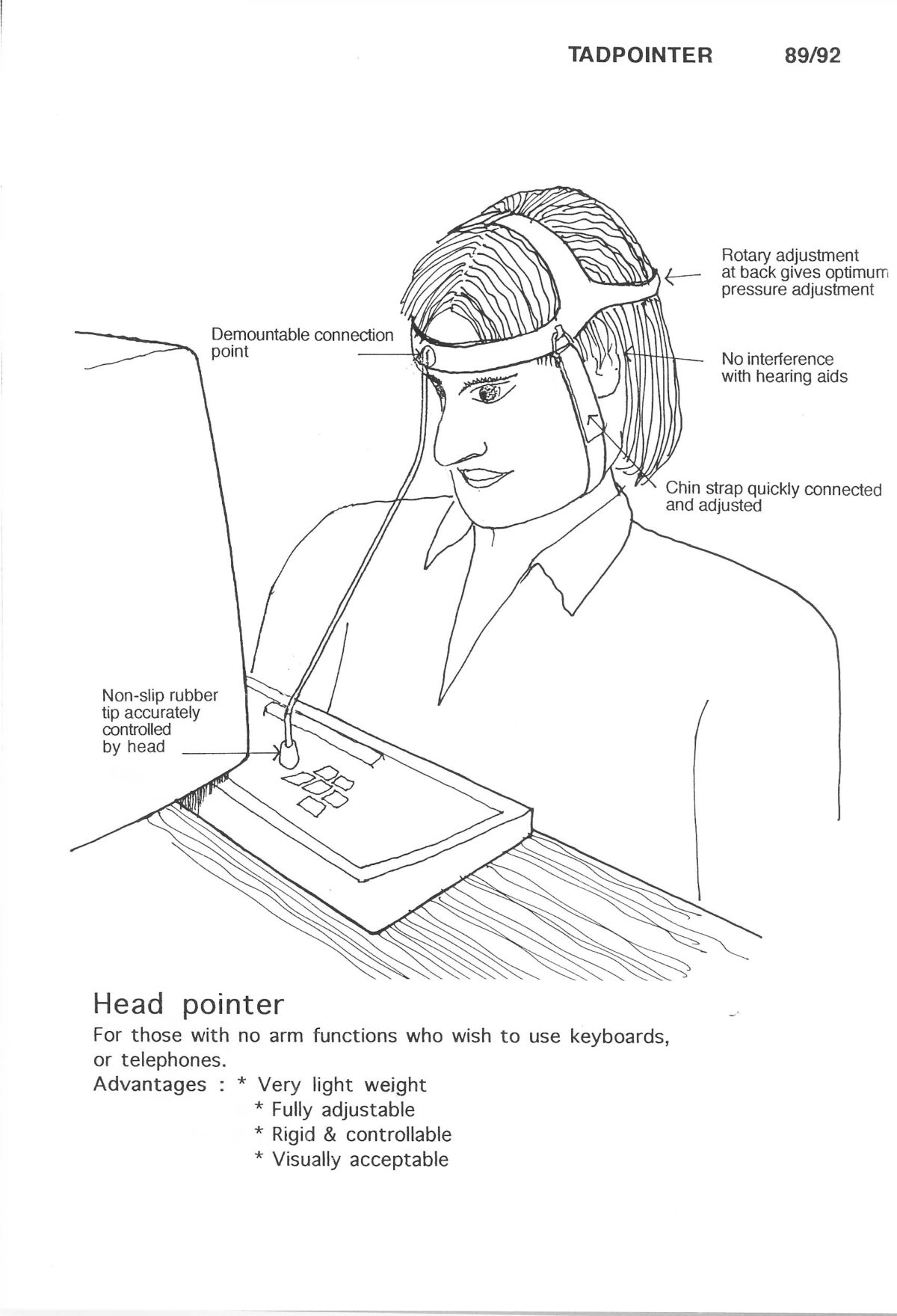 This design resulted from a request to TADACT by a client who could not use her arms very well, but with a bit of a struggle she learned to put it on and succeeded in getting a job which was very satisfying for her and for us..

Although we were told that there would be quite a demand for the Tadpointer it did not prove to be the case, although it worked very well and was quite rigid.