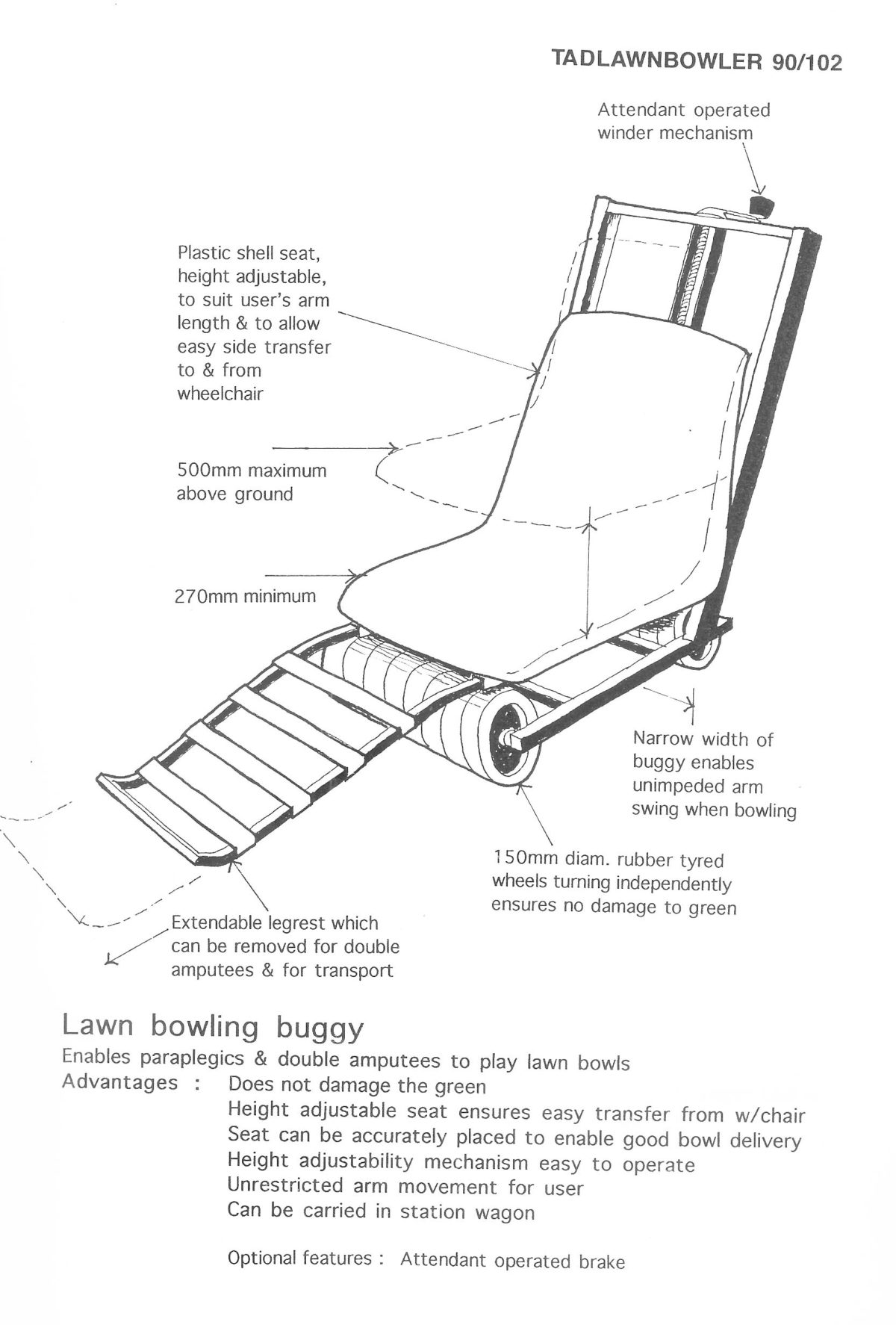 This design resulted from a request to TADACT by the Queanbeyan Bowling club to have some devices to enable some amputee members to play bowls without damaging the greens.

Eventually over 20 had been produced by the time I retired in 1991 from TADACT and TADACT Productions, but the stimulus was not there and it was discontinued.