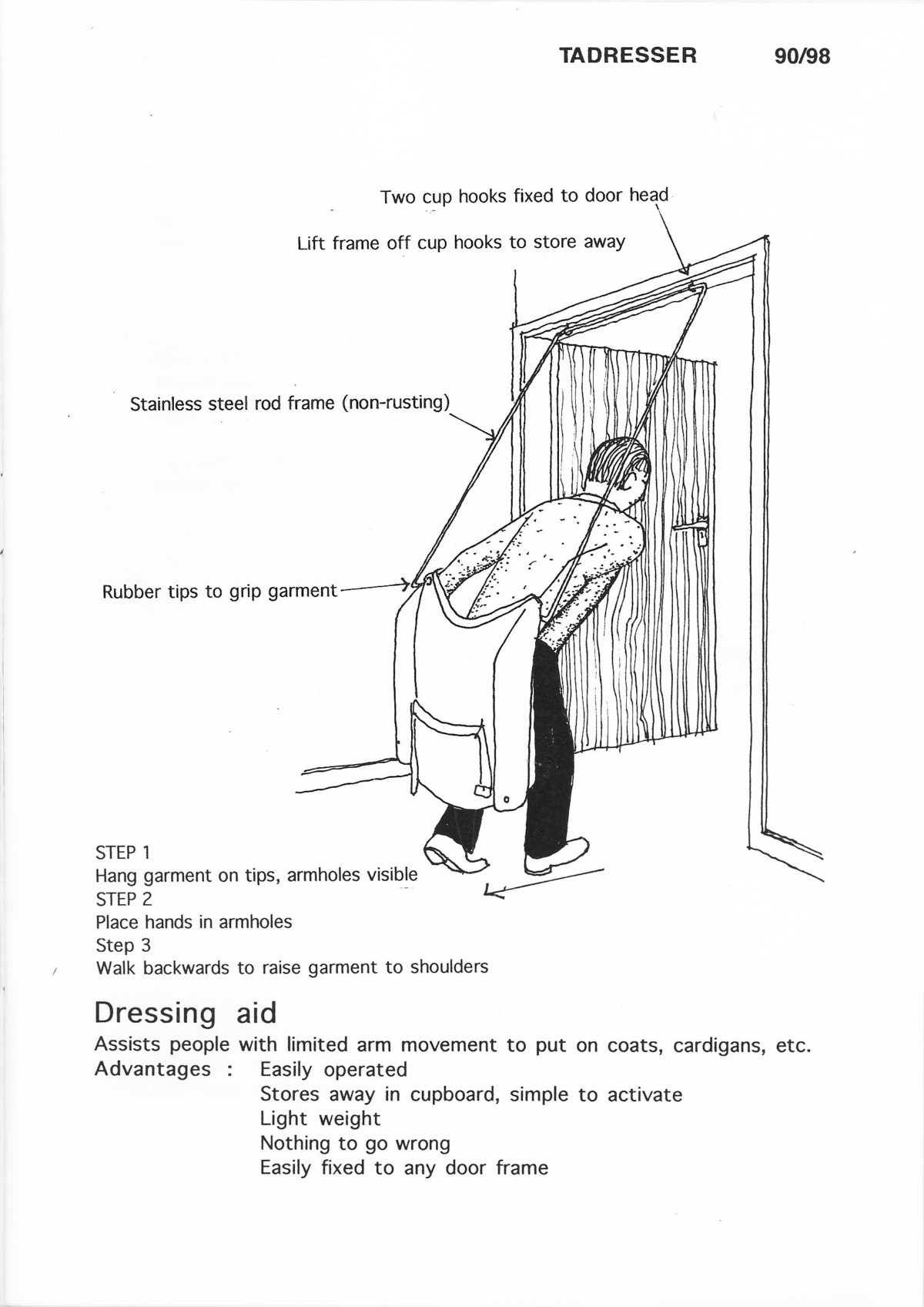 Re-design of a UK concept with production by Sid Drury and Derek for TADACT Productions.
This illustration is from the 1997 Catalog which explains the semi-commercial set-up.

This design resulted from a request to TADACT from the Arthritis Foundation and is a very clever and simple way of resolving the problem.

Not many were sold.