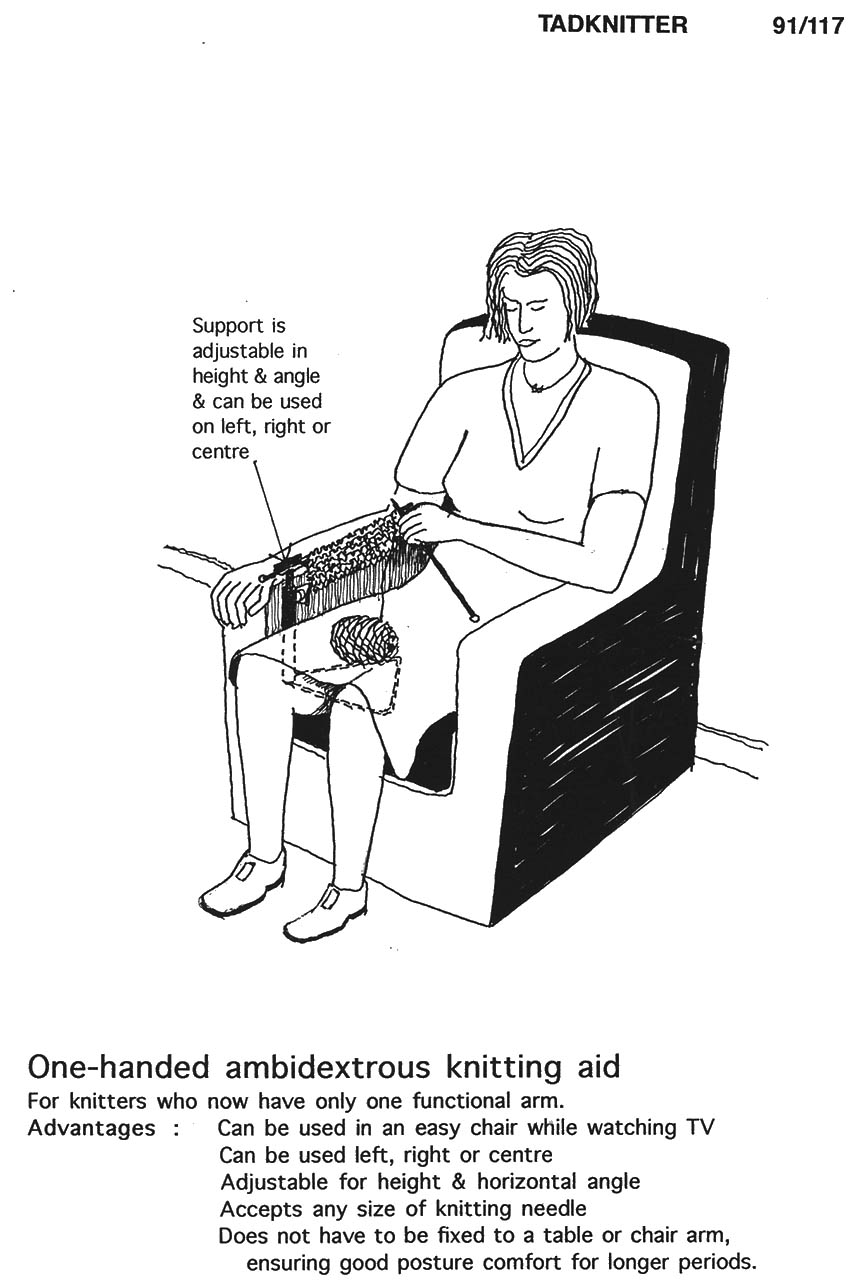 My first reaction at receiving this project from the Blind Institute (ACT) was that it could be an impossibility, but after design consideration and discussion with the client it was felt that if one needle could be held firmly at a suitable angle the other hand could easily knit as usual.

Final device was stabilised by a light stainless steel frame which the knitter sat on in her easy chair, adjusting it to the right height and angle. The small clamp was adjustable for different gauges of knitting needle. It was a discreet stainless steel unit, easily stored in a cupboard and adjusted by one hand once stabilised.

Several more were eventually made by TADACT Productions as it became popular.

The device could be swivelled to be used on the other side.