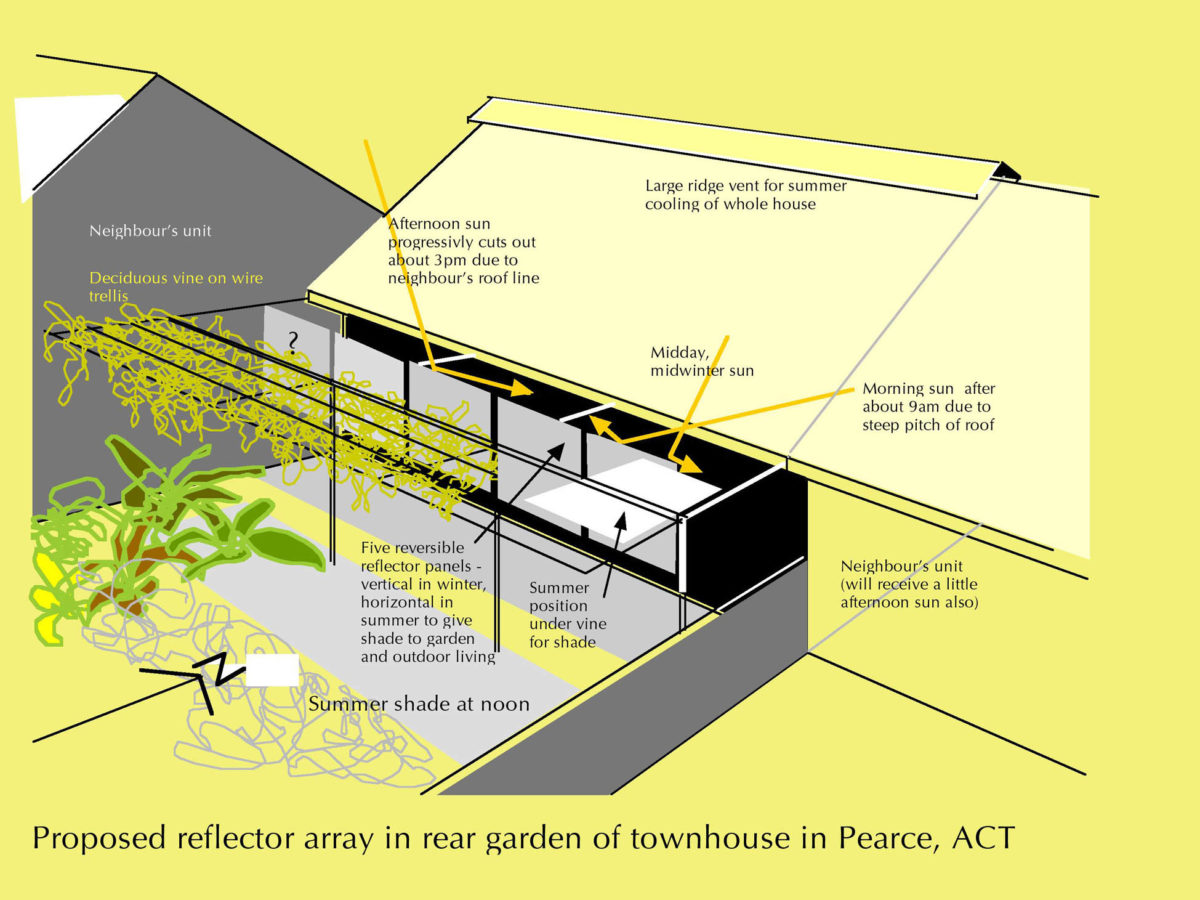 My sister Shirley Kral, 55 McNamara St. Pearce had faith in my southern reflector concept and encouraged me by asking for an array in her back garden. It is 6m long which heats and illuminates with glorious sunlights her two bedrooms most effectively (Willemsen design with full height windows). The panels are hinged for seasonal adjustment and in summer can be placed horizontal to give some shade to the garden.

The ridge vent (installed 2007) is full length and ventilates the whole 2-bedroom house without need for fans – very effective in summer. The upper ceiling vents are closed in winter. (see 2007 KRAL page)

Other commissions were to follow (see also list below) 1 it is interesting to record that the housing industry has shown absolutely no interest in this concept. The Housing Industry Association refused to sell my books dealing with better housing design – indicating active opposition to my ideas, despite its promise of free heating from the sun.

All those who have installed this hinged panel reflector (now known as the WinterSun reflector – included in the EcoSolar concept) have no complaints, indeed have said that they really value the psychological benefit they perceive from the reflected sunlight in the room, probably as much as the actual heat gained which can be as much as 9 kWh of free heat on a sunny winter’s day.

If installed as part of the EcoSolar integrated design concept the WinterSun component would complete the claim that every habitable room in the ES House could benefit from free solar energy all day long. It would also be cheaper and more effective to install than as a retrofitted item as the proportional relationship of the windows to reflector could be optimised with great benefit.

Shirley’s array served as a useful display for many prospective enquirers – for which I have been eternally grateful. 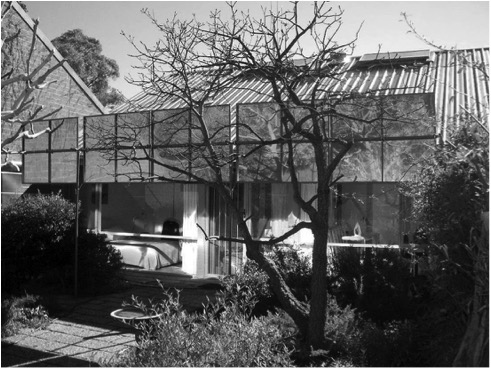 Array in action about 11am midwinter showing extent of sunlight penetration into the large windows of the two southern bedrooms and the laundry in the centre. Note how the sunlight is warming the bed – with a black or dark coloured bedspread the heat gain could be quite significant.

In summer the when the internal heat is not required WinterSun reflectors can be turned to a horizontal position to provide some shade to the garden (see sketch illustration on page 1). The ridge vent had not been constructed when this photo was taken – see other KRAL 2007 entry.