This array was added onto an existing pergola with the cross beams removed. The summer reflection from the array can just be seen on the side of the green tank and then along the paving.

Bracing wires were used in every bay to be ready for supporting the large panels of seasonally erected summer sunshades.

This was a slightly risky project as the distance from the windows was about 3m which could produce some glare (compared to the usual distance of 1.5-2m). No complaints have been received.

Also, north was about 40º west of building ‘north’ which skews the images laterally. However, the panels in a vertical position tend to shade the windows in late summer afternoons which reduces the internal temperatures by at least 3º. However, some late sun still presented problems and the shadecloth was really needed after all.

The slightly rippled image shown on the reflector was caused by overtightening of the screws. Releasing all screws by half a turn produced a flat image (see below). 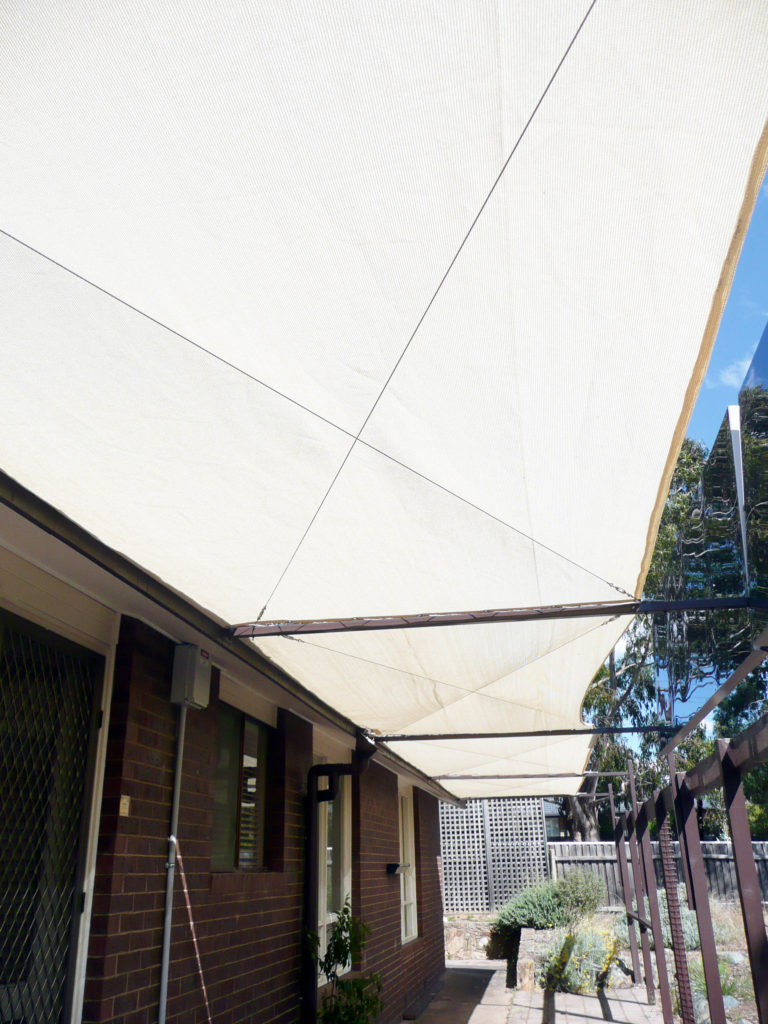 Coolaroo shadecloth panels in slide channels at each cross beam, supported by the cross- bracing cables. This wall faces about 40 degrees south of east so it receives a lot of hot afternoon sun in summer. The shadecloth is easily removed in winter.  Looking east

The improved reflection can be seen below of Peter Cullerne who made and erected the whole array.  The distortion can clearly be seen on his left. Looking south-east. 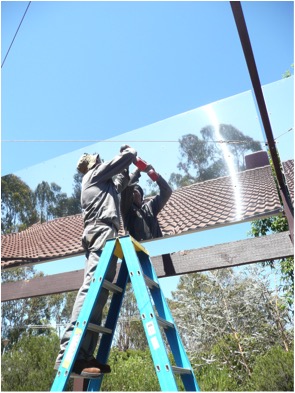