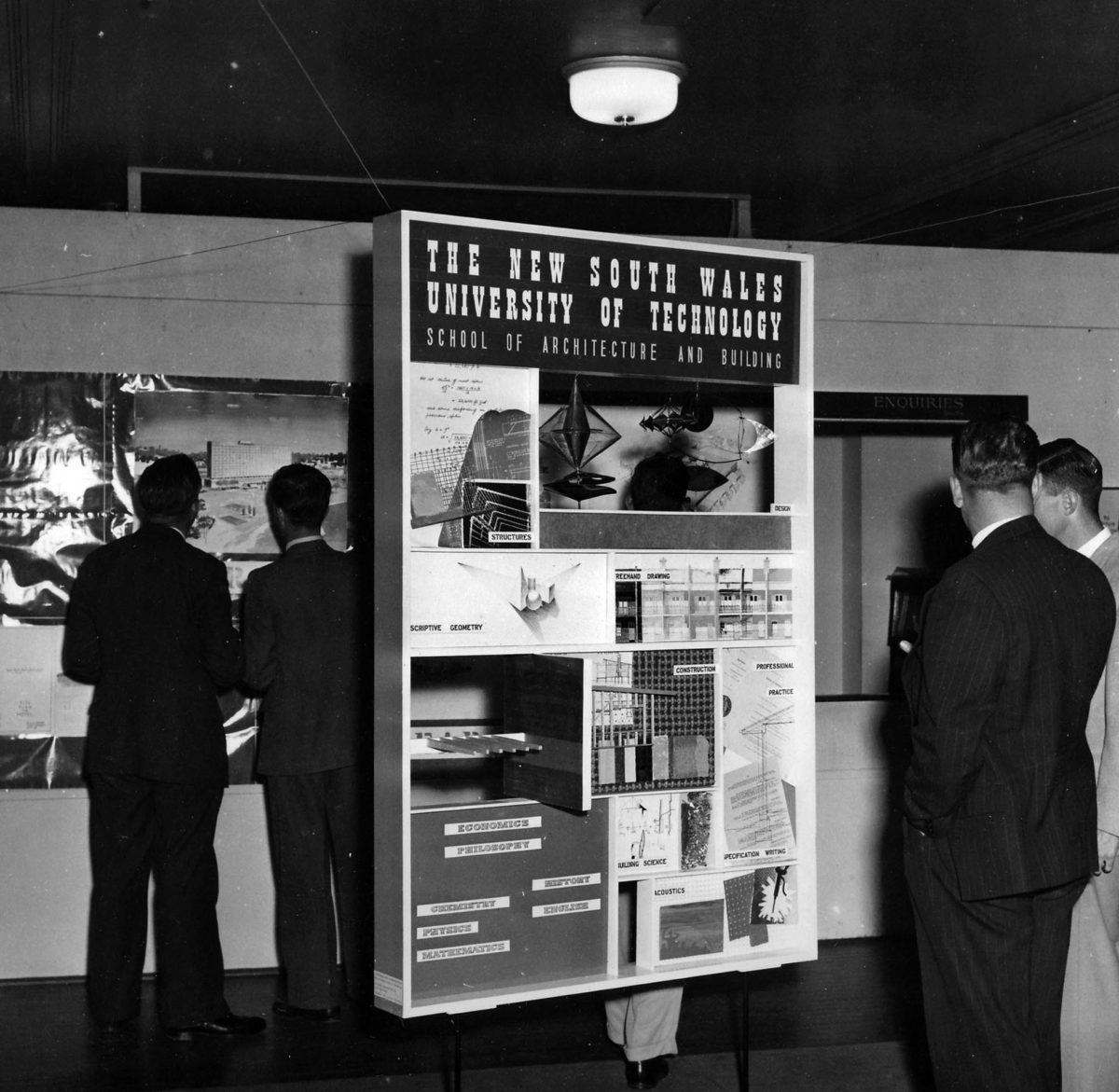 Professor F.E Towndrow had invited me to be a member of his staff in 1949 at Sydney Technical College at Ultimo. This eventually became the Uni. of NSW at Kensington and I initiated the first course in Australia in Building Science because of my training in Manchester under Christopher Jones. I also taught design and construction .

In the early 1950s I persuaded FET to have a public exhibition to attract students to the new degree course and I designed this double sided panel to illustrate the various elements of architecture.

I taught there until 1956 when I left to join Fred Ward at the ANU Design Unit to practice a unique form of Total Design within ANU (the only one of its kind that I knew about) until 1977 when the Management form of administration made it difficult (more later). 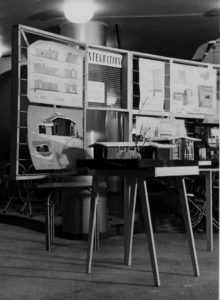 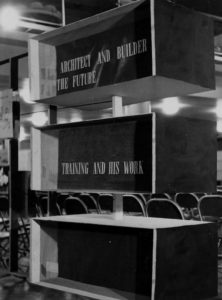 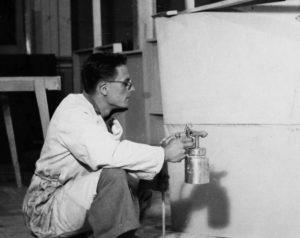 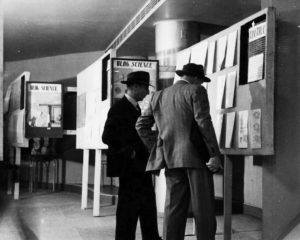 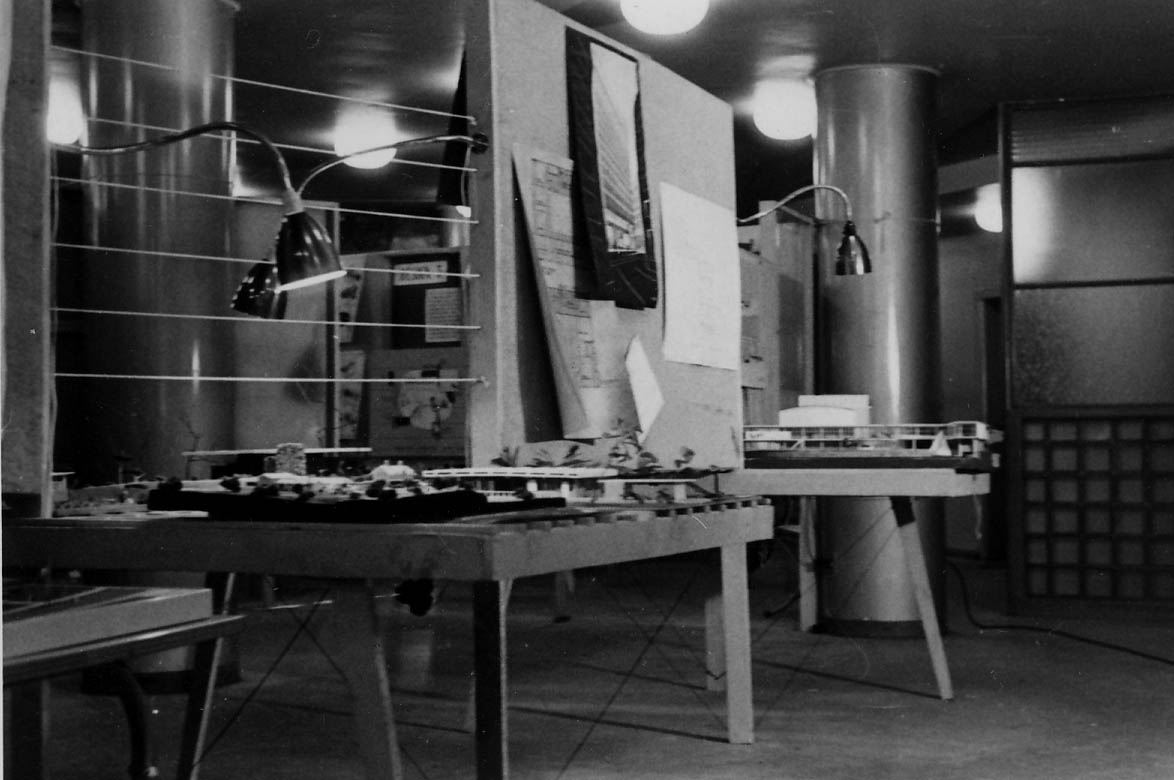 The exhibition was completely designed and made at the School of Architecture by myself and students and displayed at a building at the bottom of King William St., Sydney in 1951.

It was a pretty radical exhibition for its time and drew a lot of comment. The modernist architects in Sydney were Ancher Mortlock and Murray, Bunning and Madden and me with my two houses at DeeWhy. Arthur Baldwinson and Harry Seidler were making names for themselves as well.

The NSWUT and University of Sydney under Professor Ashworth were the only two schools of Architecture in Sydney.

But NSWUT was the only School of Architecture in Australia which included Building Science in its curriculum. The others caught up a few years later. 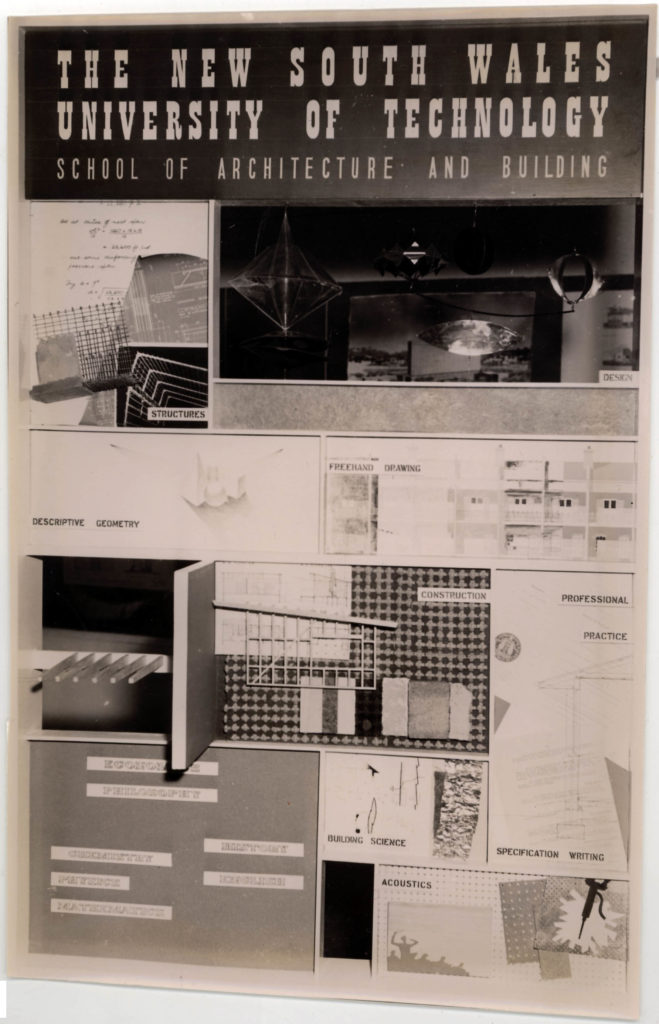