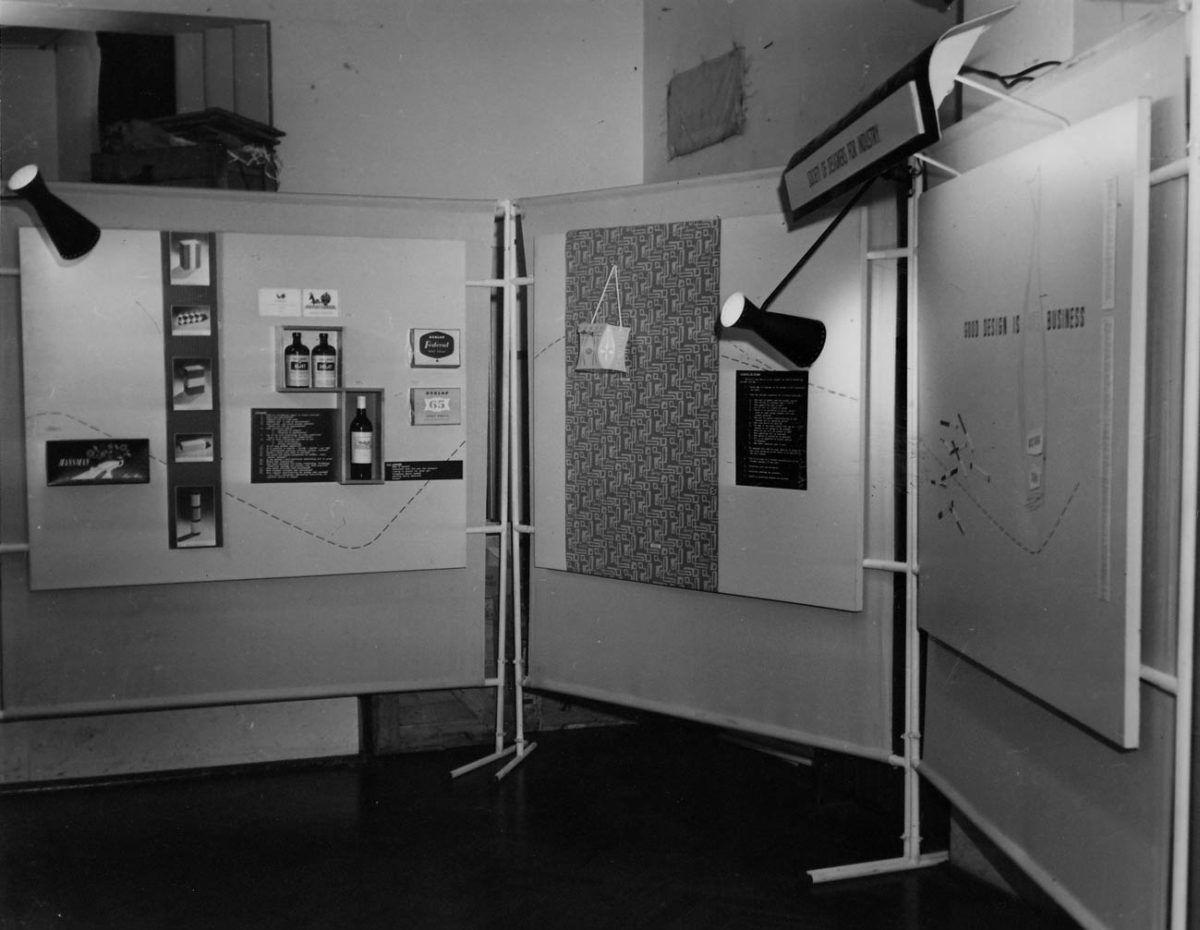 At the same Department of Trade exhibition in Sydney we were given a courtesy exhibit space for the SDI.  We collected members’ work and showed what we were capable of.

In retrospect it announced to the public that industrial design as a profession was born in Australia and that, naïve as perhaps we were, we were now open for business.

The DIA has flourished and now has its headquarters in Collins St. Melbourne. 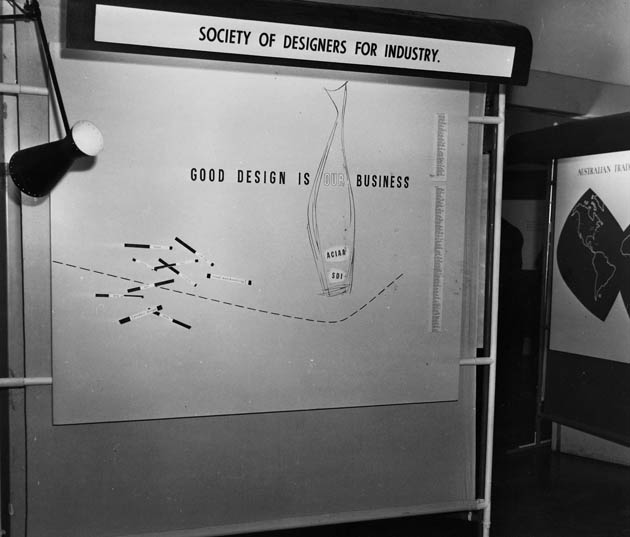 The whole SDI exhibit was designed, drawn and fully erected in 9 hours after being offered to the SDI by the Department of Trade through Peter Hunt our first SDI President.

Largely designed, coordinated and drawn by me with some help from one or two other members.

In the main heading above the ‘missing’ word in the bottle was reflective gold which did not show very well in the photo. It was :  GOOD DESIGN IS GOOD BUSINESS

The small black strips had the names of the various design specialities such as Product design, exhibitions, graphics, fabric design etc.