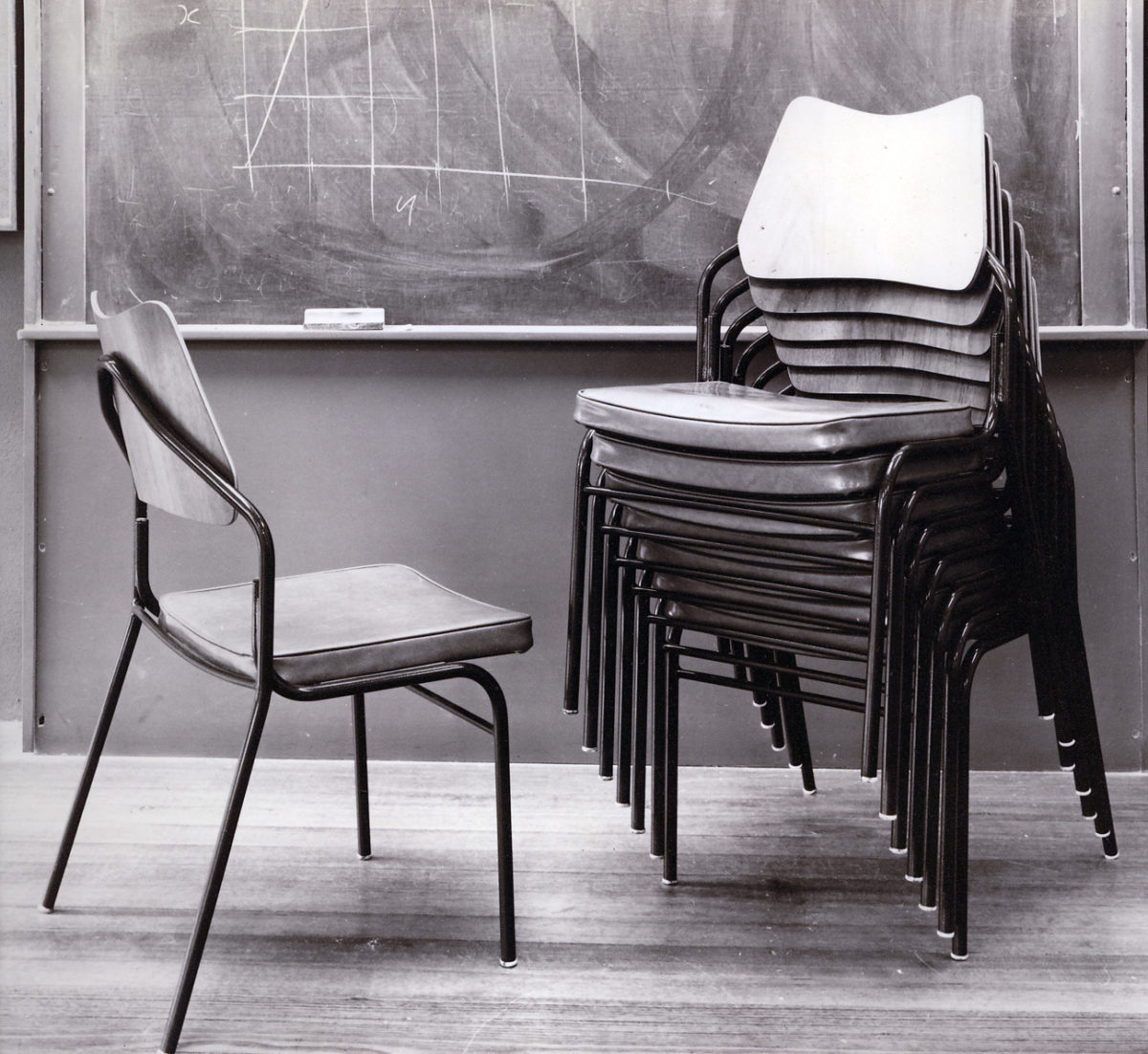 From very early in my time with Fred Ward at the ANU Design Unit I engaged in furniture research as new problems were beginning to emerge in teaching methods at universities, brought on rather urgently by Menzies’ amalgamation of Canberra University College and ANU in 1959/60.

The furniture industry was not really awake to these requirements so we had to resolve the problems as they arose in practice and provide designed answers. Steel tubing was obviously better than wooden framing but the Canberra industries were only geared up for wood so we had to look to Sydney for manufacturing capabilities. A firm in St Leonard’s , North Sydney (name forgotten) became interested and produced the first prototype which I had designed and it was successful but needed refinement.

The photo above shows the basic stacking chair as the preliminary model to the adding of the tablet arm. but further development was delayed and overtaken by the very clever swinging / rotating tablet arm developed in Melbourne for fixed chairs. I forget its name, but they had closer connections between design and manufacture of steel framed furniture than obtained in Canberra. 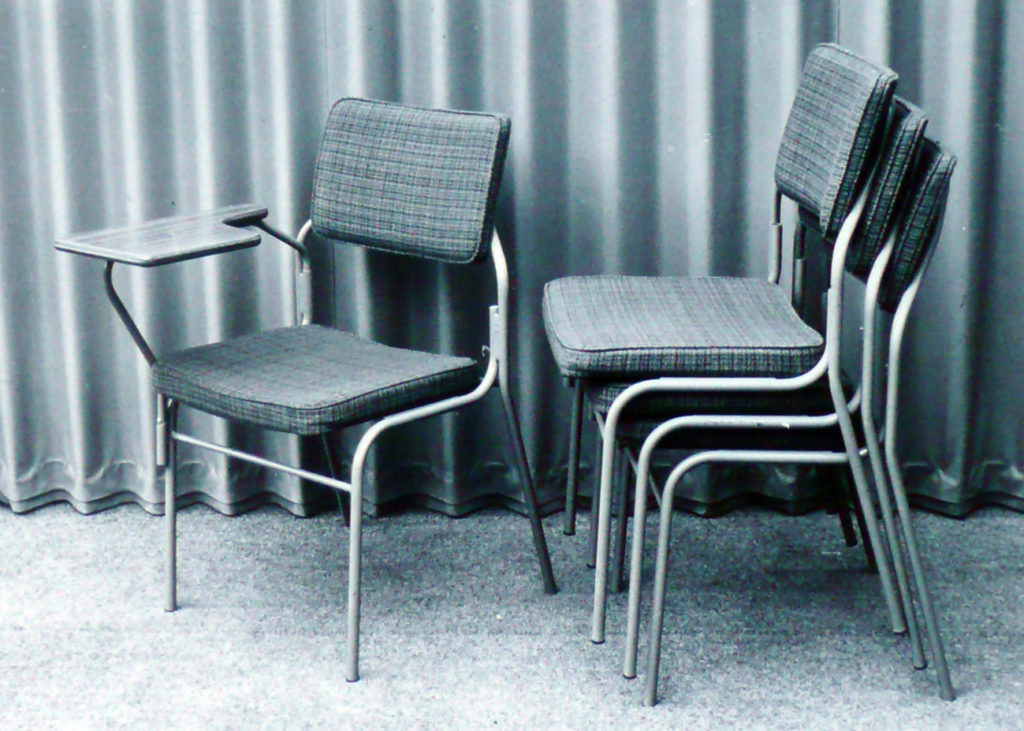 The tablet arms had to be stacked separately – a problem we had a separate solution for later.

The tablet arms were part of the original brief as a detachable unit and it was made in quite some quantities for undergraduate use in the School of General Studies and I am informed that they are still in use some 55 years later. The upholstered backrest was added for a bit more comfort but I was never fully satisfied with the design – it wasn’t simple or elegant enough but we were too divorced (geographically) from the manufacturer to develop modifications easily – travel in those days was not quite as easy as it is now and steel framed chairs of this kind were not in demand by the general public, being still in its specialised area of tertiary education. It is interesting to look back to the early 1950s, a time when the public were still a little sceptical about the ‘thin’ tubular metal legs, still expecting them to collapse under them when sat on.

It remained as the only available movable, stackable tablet arm chair in Australia at that time and the only interested manufacturer in the educational field was Aristoc Industries in Melbourne. Grant Featherston, their designer preferred the domestic market and didn’t tackle this particular problem. He did however, design their fixed lecture theatre liftable desktop and seat which we at ANUDU didn’t like – nor did our ACT Fire Chief who regarded them as death traps in a fire – so I then went on to research our fixed bench and loose seat design on an iterative basis which again, was a leader in its field– see elsewhere……

I tried to obtain research funds for the rapidly developing lecture theatre furniture area but the administrators felt we were a service unit, not ‘researchers’ so we had to continue our iterative method with each new theatre situation as it arose in the ANU building program. It was research on the run and in retrospect was probably the most effective way of doing it.

Designing a stacking chair is particularly difficult, calling for a high degree of relative thinking – of ‘imagining’ what happens in space when point A is placed onto a similar unit in space and does it hit point B or not ? Two pieces of material cannot occupy the same point in space at the same time – I feel sure that Newton said something about that.