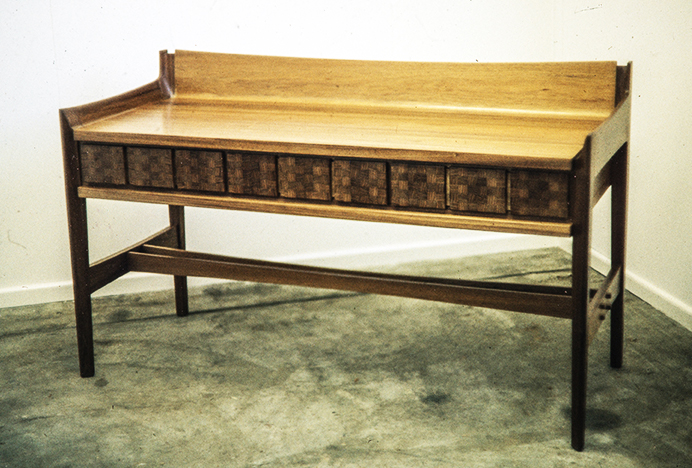 The sideboard showing three drawers with end grain front panels. Handles had not been fixed.

My memory is a bit vague on this commission from J.T.Gunn, timber merchants and manufacturers who were mainly concerned with the felling and conversion of Tasmania’s magnificent timbers such as Tasmanian oak and blackwood. I was asked to design a couple of pieces of furniture that would challenge the skills of some of their older cabinet makers, to revive their interest in fine craftsmanship.

The sideboard with 3 drawers was made to my design and looked marvellous but I now find no physical evidence other than these photos and the bronze handles that were designed to complement the blackwood unit. I think it was submitted for a competition, but I never heard the result.

I cannot remember designing a second piece but one of my writings shows that “two of my pieces made by Gunn’s were exhibited in the Craft Exhibition held at the National Library during the 1975 Festival of the Arts and Sciences. These pieces were subsequently sold for $1800 and $1600 respectively” but I have no recollection of this. 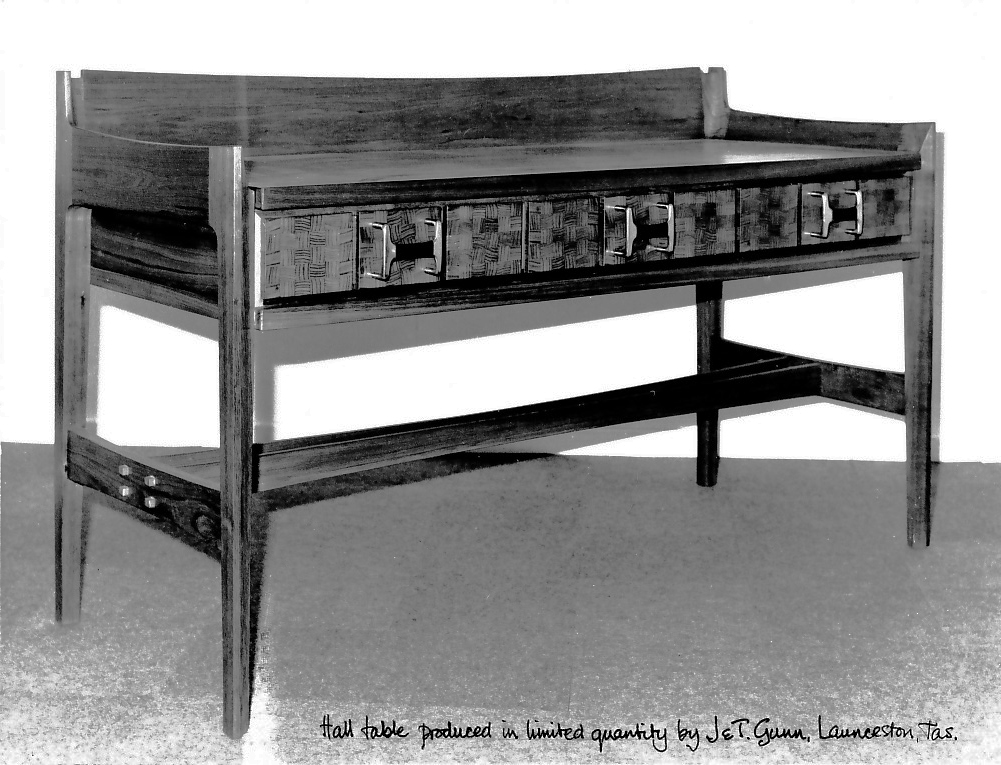 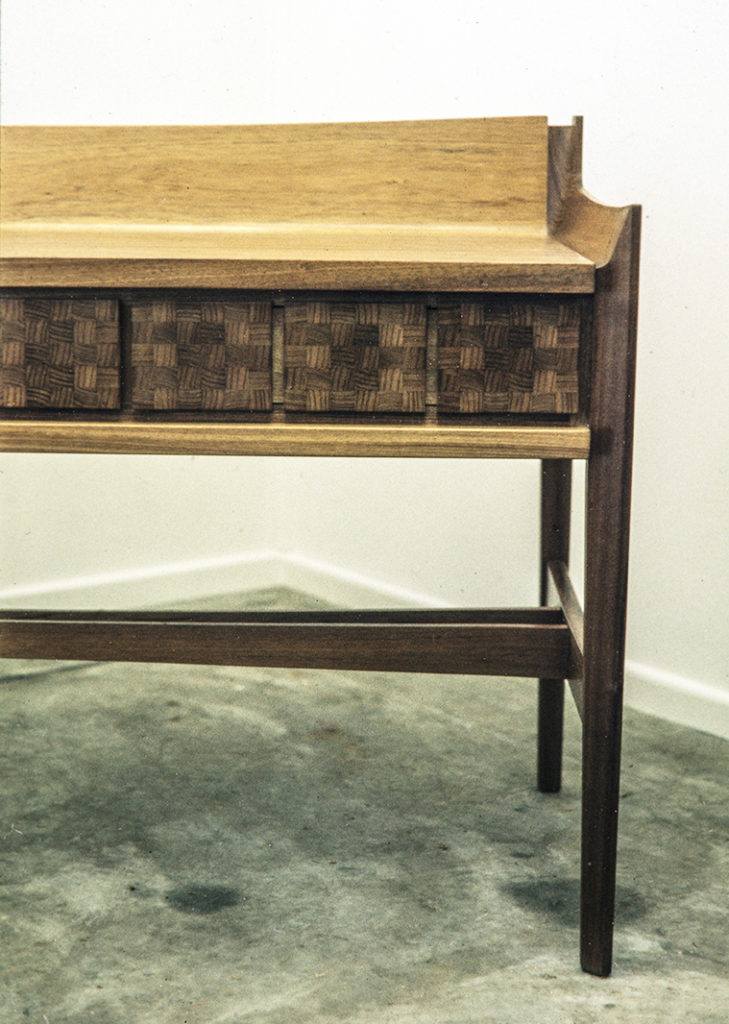 Looking back at this design form a a time gap of half a century I feel it has a handsome, graceful quality with excellent workmanship and well selected blackwood timbers – one of my finest pieces. 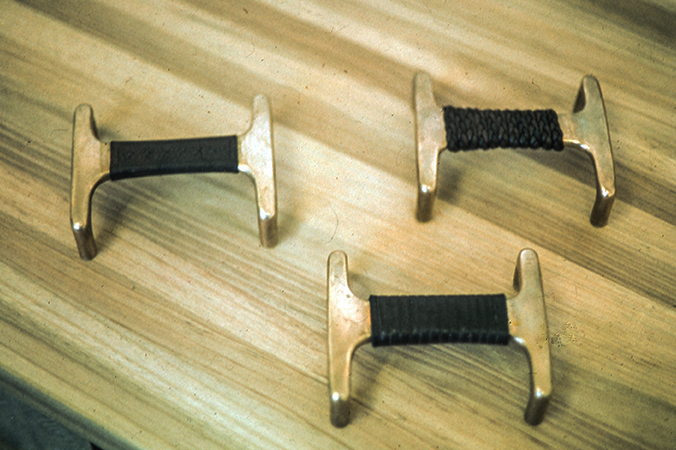 The photos were sent to me by Gunn P/L before the three handles were fitted to the drawers. The prototype handles were cast in bronze by Brentware in Melbourne with leather bindings which did not look particularly well done.

What happened to it ? Where is it now ? It seems to have vanished without trace.