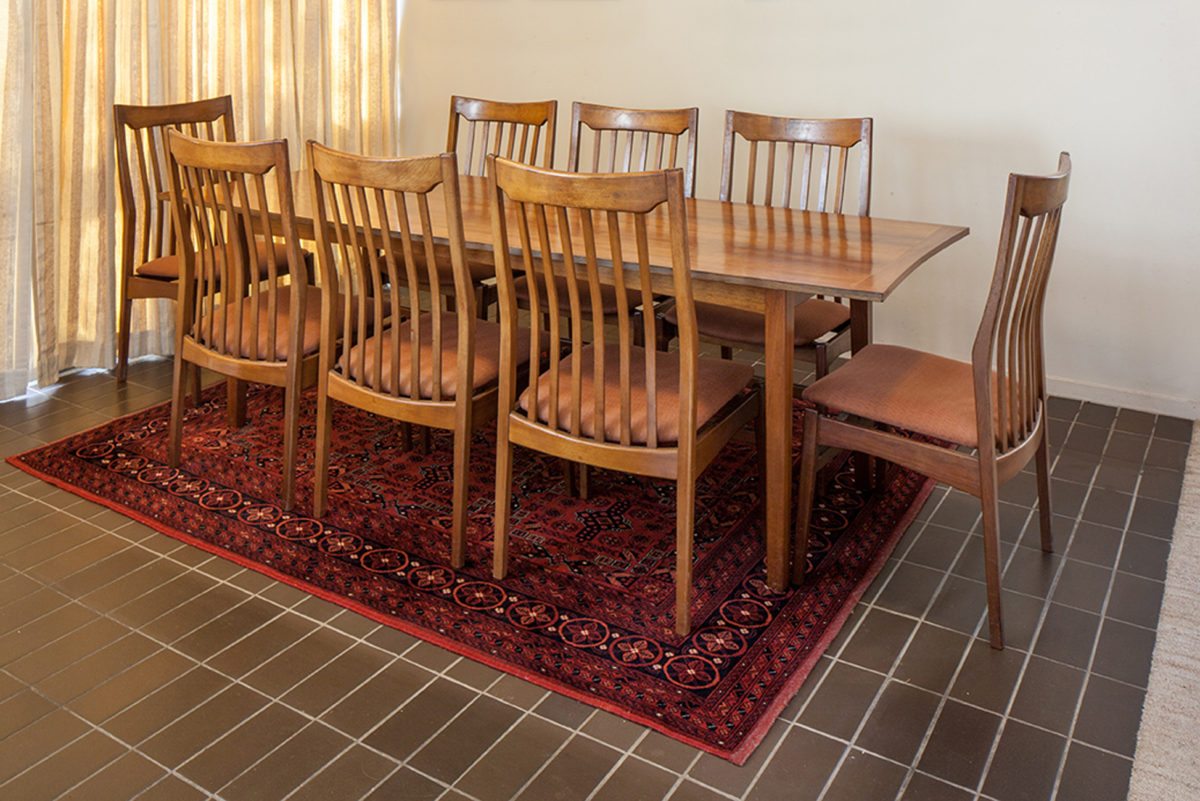 These 8 chairs were designed for Ted and Irene Hannan to suit their new (DFW) house in Red Hill and became available after Irene died around 2013. The table was one of Fred’s designs, but the chairs were an armless version of a chair I really designed for myself and used for the Menzies Library and the Chancelry. Hannan’s children David and Patrick (now in Sydney) could not fit the suite in their houses so I bought it. They were still in good structural condition after 52 years service.

The table was designed by Fred Ward – an appropriate combination.

I was hoping to use the suite in our family room but Maxine wasn’t keen so I stored them for a while and finally sold them in 2014 to Nick Hall at 36 Chataway Cresc., Fadden, ACT.

See also the carver version used in the Chancelry and R.G. Menzies Library