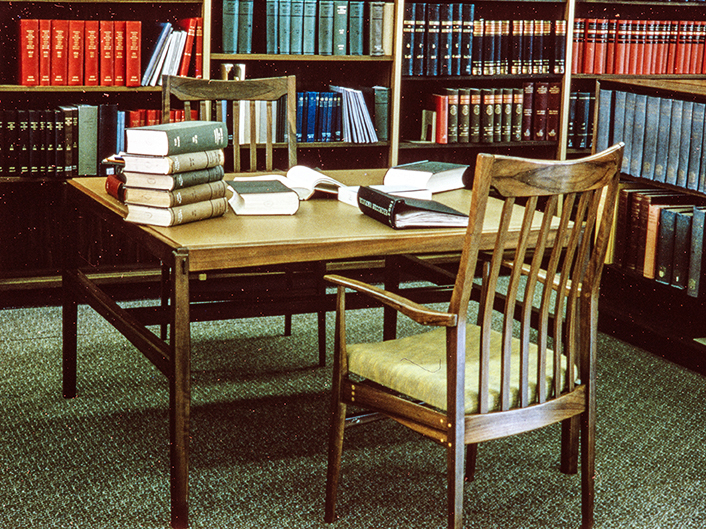 This unit was designed for the Menzies for postgraduate student readers.

They were both made in Queensland walnut and fitted in well as singles or multiples in the large reading area of the library.

The flush side rails ensured that the table was used by two people only to avoid crowding.

The top was covered in soft vinyl.

The carpet was the same as used in the Chancelry – a Brussels construction of 80% wool and 20% nylon for extra wearing qualities and soft grey-green in colour.

A similar table and chair was used by the Queen when signing the Visitors Book after she had opened the R.G.Menzies Building of the University Library on 10 March 1963.

The chair was an experiment in slender legs with pinned dowel joints (seen at seat rail level) to ensure rigid joints but slightly flexible legs for joint rigidity.

After 52 years of reasonably hard use the joints are in original condition and have justified the structural theory – research on the run.