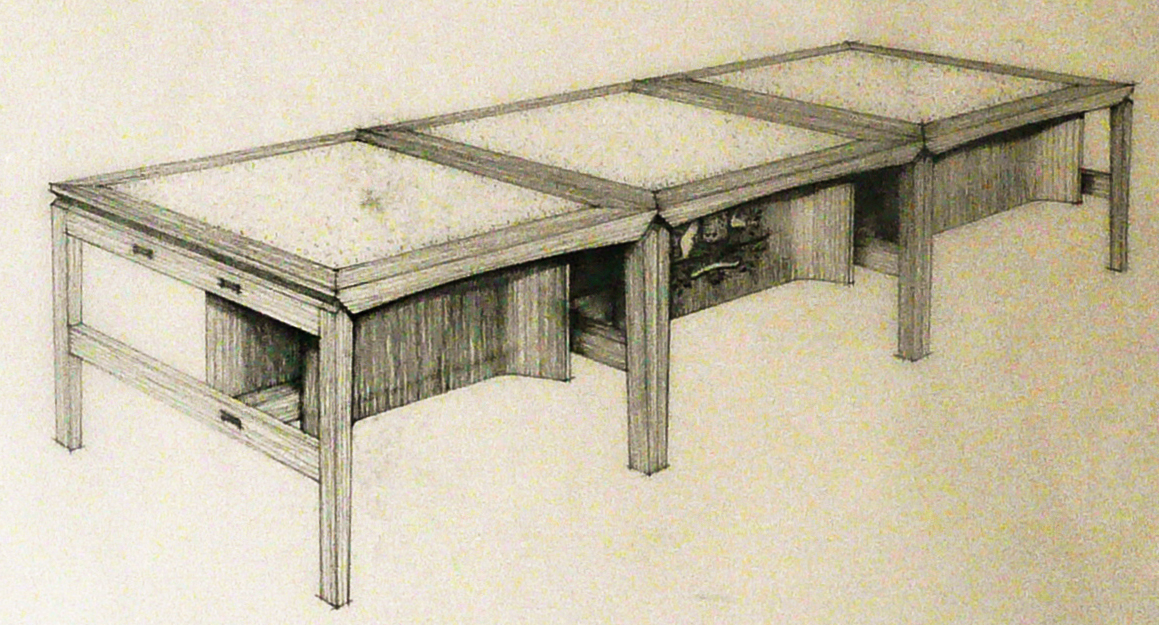 When on the point of retiring from the ANU I was commissioned to design some furniture for the new High Court of Australia building under construction for the Department of Works. I was briefed by the Chief Justice of the High Court Sir Garfield Barwick and I produced the above design but control of production was Department of Works at that time.

The curved modesty panels under the tops aimed to echo the laminated wall panels of the courts. From memory the tops were covered in leather or stretch vynil. 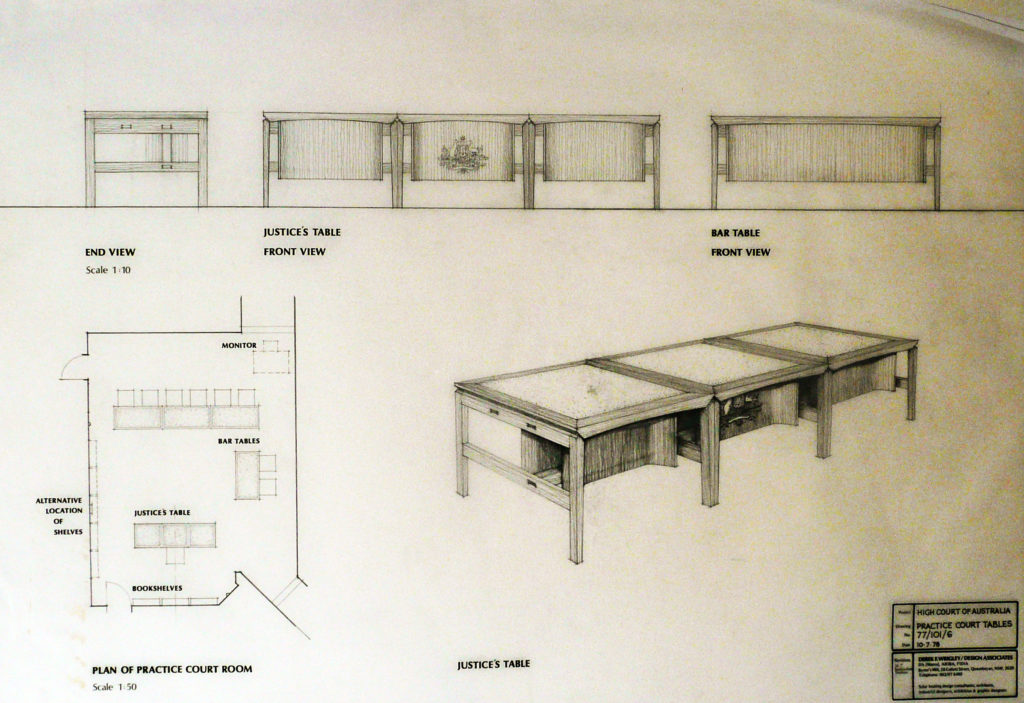 I paid a visit to the High Court on 16 Sept. 2015 and was shown around by Andrew Phelan, CEO Property. I gather that there was a big mix-up around 1979 after I had finished my furniture drawings and was busy on the coats of arms for the 3 Courts. It would seem that the Justices tables as shown on page 1 were never made and the Practice Court Room as drawn was made to my design and is shown in the photo below – but has never been used for that purpose.

The drawings shown here are the only ones I can find – the Bar Table drawings are missing there is a complete absence in my memory of what actually happened after I submitted the designs – perhaps I was too busy on the coats of arms which seem to be admired by everybody. See 1979 page in my ART section. 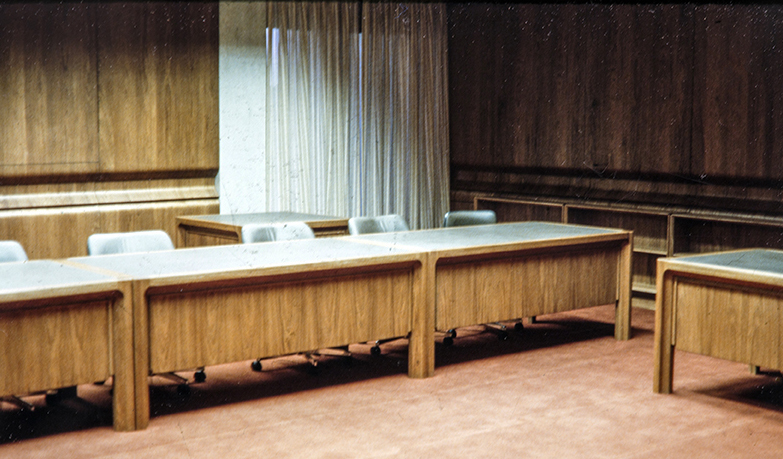 The Bar tables in the Practice Court Room as laid out approximately as drawn in my plan above. 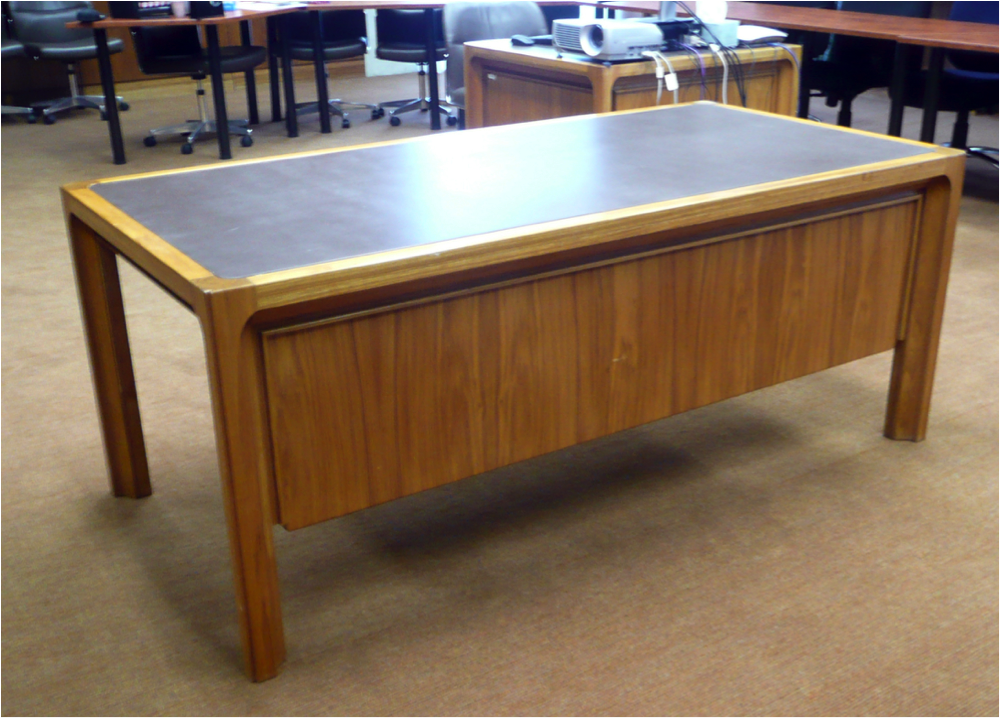 The tables shown here (two sizes) were designed by me for another room and were placed in this room for screening of evidence – hence the audio-visual clutter on the small table.

The inelegant or graceless metal framed tables in the background were certainly not by me. I would certainly not have picked the grey vynil top for such a table.

Comment:   From the scant evidence available it would seem that there was a considerable gap between the briefing I received and what I saw (or was not shown) on this visit. This represents a major break-down in communication and I can only conclude that what actually transpired represents a gross misuse of public funds.