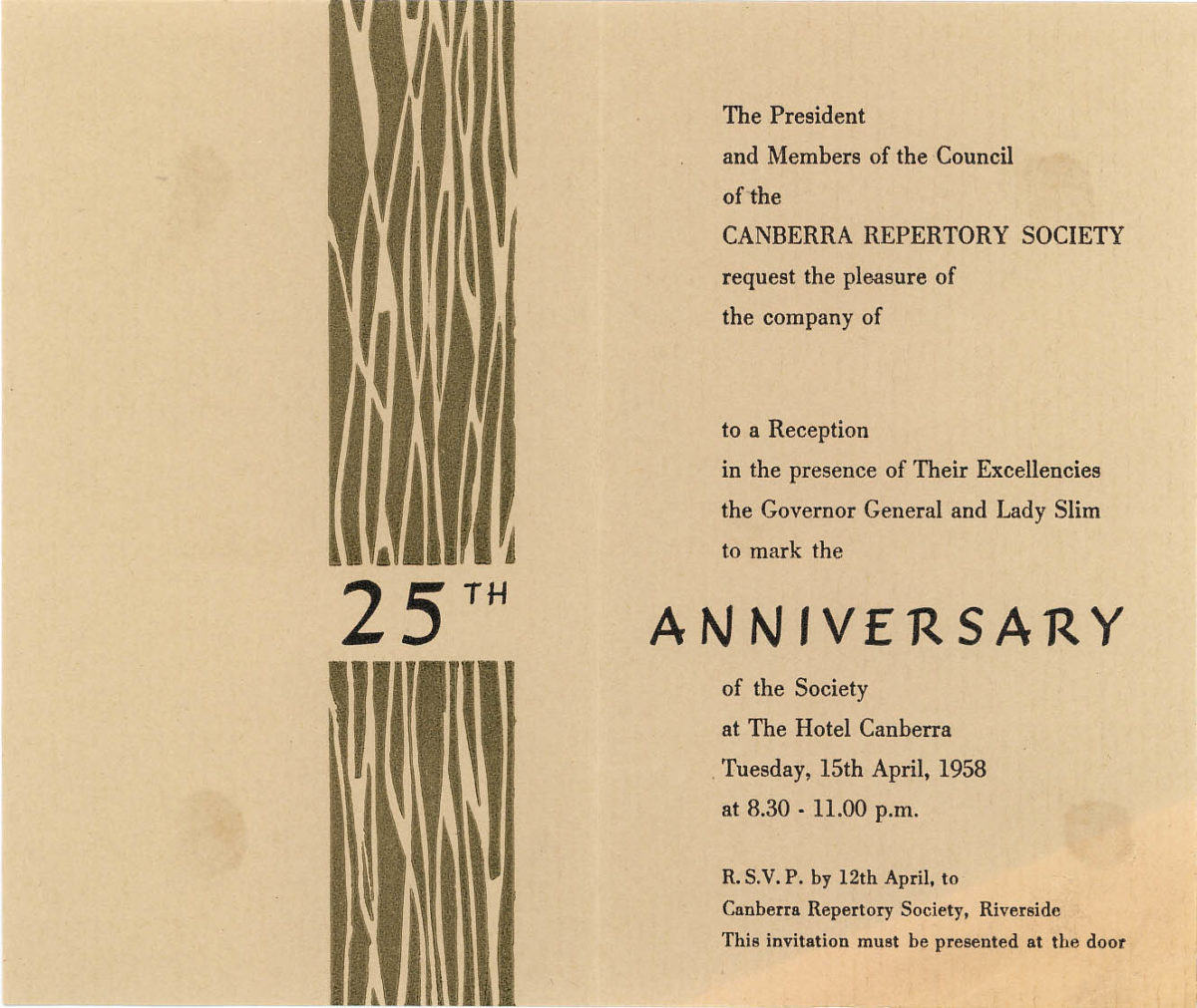 The Rep., Canberra Art Club and the Artists’ Society were closely situated at the old workmen’s huts at Riverside when I arrived in Canberra but the Rep. was founded in 1933 – one of the oldest societies in Canberra and very well patronised in a small city of about 25,000. Their President, Robert Warren, was an architectural colleague whom I got to know soon after my arrival in 1957 and he asked me to design this invitation.

This design was regarded as somewhat avant garde in 1958 especially as the Governor General and his wife were involved !