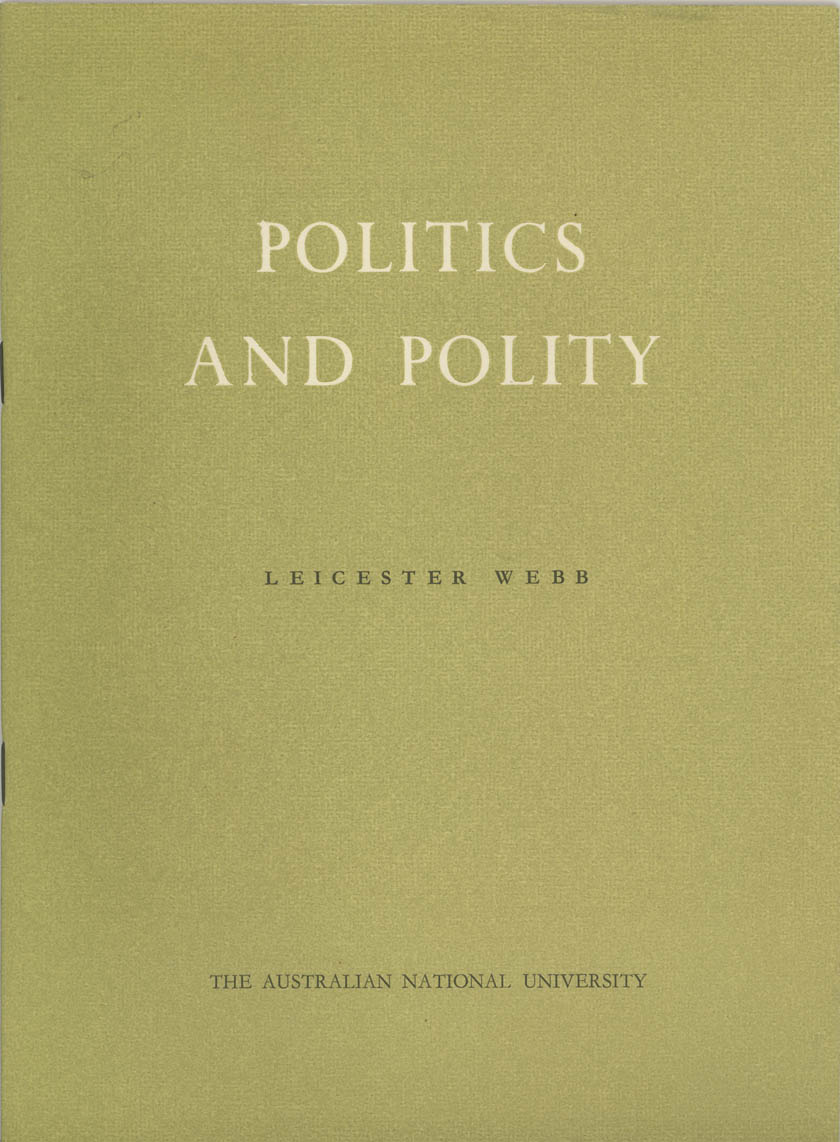 Professor Leicester Webb asked me to design this cover and the body quite early in my tenure as Assistant Designer in the ANU Design Unit and it was very likely the first booklet I designed as a whole. It has a pleasing and dignified simplicity about it that was becoming evident in my offshoot career as a graphic designer.

I like to think that it shows a design style appropriate to a university such as ANU which was still young (est. 1946) but was producing products of many kinds which would contribute to Australia’s knowledge and benefit our society. The cover colour of lime green with white title imparted a freshness to the somewhat academic dullness of many previous papers I had seen and wished to introduce a more refreshing modernity.

I remember receiving quite a few positive comments although Leicester thought the body type was a trifle small. He was, incidentally, an initial member of our Industrial Design Council of Australia until he was killed in a car crash in Tasmania.