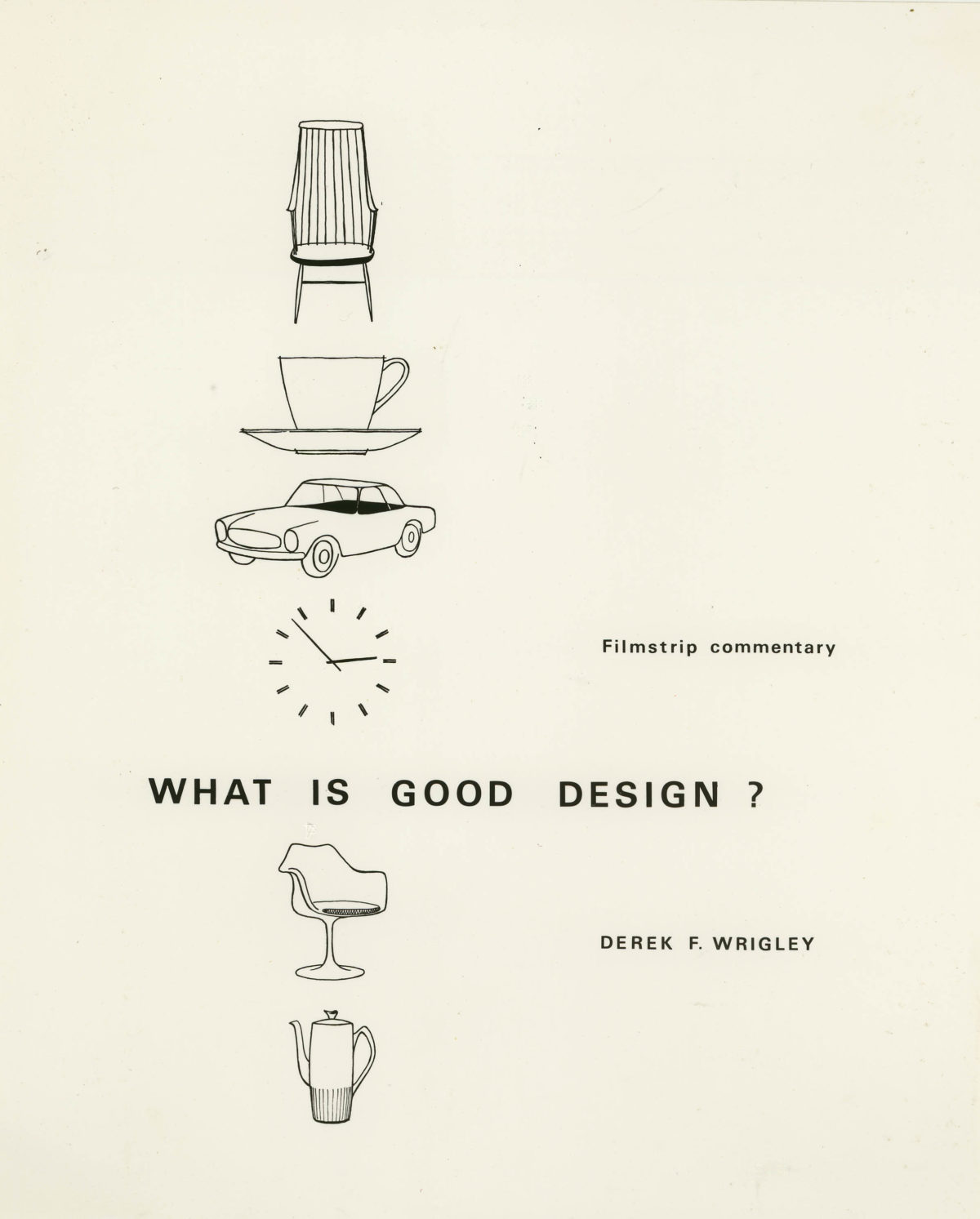 Having taken on the Chair of the Design Council’s Promotion and Education Committee around 1961 I tried to promote design within schools and found there was virtually nothing that really told the story of “What is good design?”

Good design (if it was mentioned at all in the Art curriculum) was still regarded as the visual aspects of an object with no mention of its functional characteristics or use of materials – they were not art concepts – I doubt if the curriculum has changed.

So I sat down, worked out a Good Design Theory and script based on drawings I had made, took the photographs, made a Teacher’s Commentary and published it. The rights were bought by the NSW Dept. of Education and that is the last I heard of it.

I still have a copy of the filmstrip in my collection but it is hard to file in the usual way. It would still be relevant to today’s theory of design if updated to bring in the element of sustainability and recycling which became an issue in the following decades – but are not regarded as Art matters. Neither are they solely Technology matters – Design sits between !

A simpler, but less rigorous evaluation is discussed in the filmstrip – more suited to any discussion with schoolchildren – deals with four criteria :

Does it function well ?

Is it made of appropriate materials ?

Is it well made ?

Does its appearance seem appropriate to its function ?

My experience after having worked out these analyses has been that the casual viewer thinks it is all too hard and thus makes somewhat superficial judgements.

This is an area of discussion worthy of a very serious, substantial book and the evaluation should really do justice to the design effort originally involved if indeed such a balance could be achieved.

The cost involved will no doubt have a significant bearing on any decision to buy and I only hope that an airline considering the purchase of a new fleet of aircraft would take their assessment very seriously.

I would like another lifetime to really delve into such an undertaking – and perhaps the first question I would ask is “Who is going to bother reading it ?”