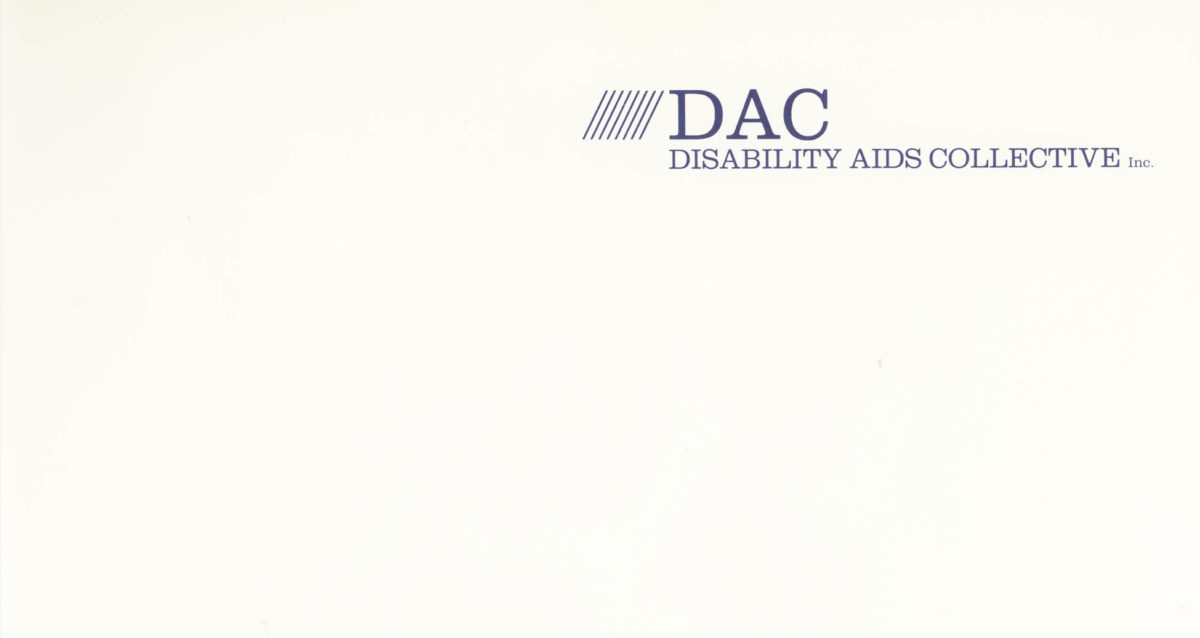 Following the successful inauguration of TADACT into the ACT region, I found, (as Design Coordinator) that some of our one-off aids were being asked for by other people having similar disabilities – some low-cost production was obviously being called for – something that TAD (as a national organisation) was not really set up to do on a voluntary basis.

But was there any reason why volunteers should not make small quantities of needed aids for sale and earn a little bit of money for themselves and for the organisation on a not-for-profit basis ?

A separate organisation was needed – Disability Aids Collective Inc – involving those TAD volunteers who were interested and had the equipment, skills, space and time. We set it up with Ian Turk as Chairman – and it worked extremely well, producing small quantities (batches of 10-20) for sale – filling an obvious niche which was too small to be of interest to normal industry trying to make a profit.

Being low-cost and not-for-profit worked well and tied in seamlessly with TAD’s one-off approach. It became so successful that later on it was clear that it should become more closely allied to TADACT – and so TADACT Productions came into existence in the late 1980s. (see TADP Catalog)