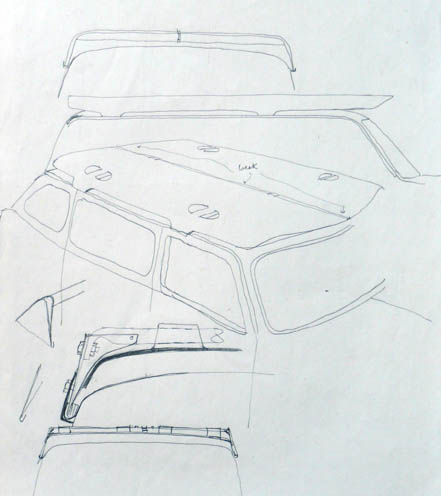 In the 1960’s when I became interested in solar energy I wondered why car roofs were not shaded from solar heat gain. I sketched out an accessory that could be used with the usual two-bar roof rack. It could be made from moulded fibreglass or even sheet metal.

To be successful the shade should be carefully shaped to fit the roof area so as to be well integrated and of course it should be white or light coloured.

Better still it could have integrated thin film photovoltaic panels with a trickle charger to charge the battery but it would be a bit of overkill ! It would be more suited to people who camped out a lot, but then it would prevent them storing any camping gear on the roof !

Anyway it remains an idea as I never got around to making one.