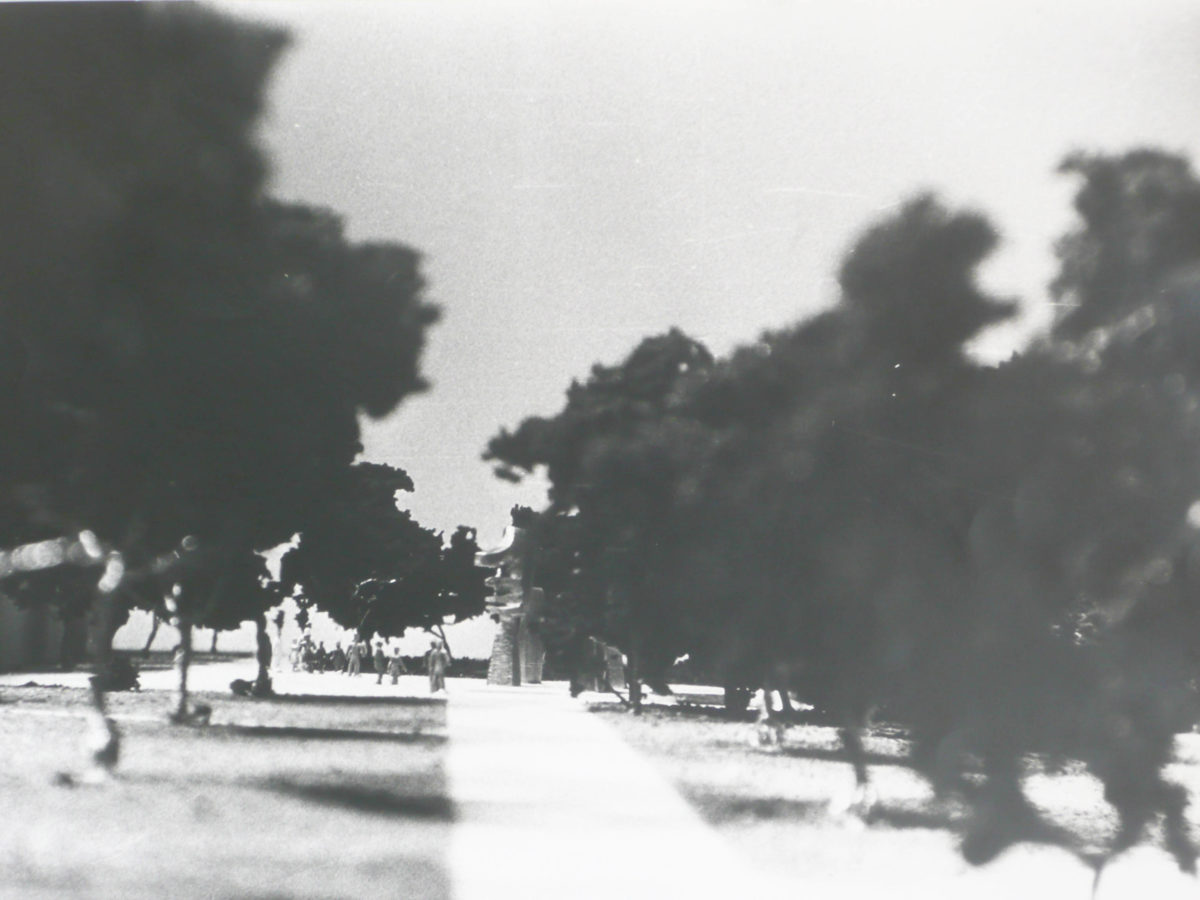 Periscope assisted photograph of Norma Redpath’s model sculpture proposed for the junction of University Avenue and end of Ellery Circuit with A D Hope Building on left and Haydon Allen / Copland on right, looking toward Bruce Hall (not in model)

Around 1975 a proposal was made to have a strong terminal sculpture on the University Avenue axis at the Ellery Circuit junction. Norma Redpath was ‘in vogue’ at that time in Canberra (see Treasury and Music School sculptures) and had made a model to explain the relationship of her proposal for that site but the bird’s eye level viewing was necessarily unrealistic so I asked RS Physical Sciences if they could help with a suitable periscope which could connect to a camera at the right model height to give a normal eye-level photo.

However, the sculpture cost became too great and the project lapsed, partly because of the size of the sculpture at a scale suitable for its important position in the Canberra landscape and because she always had her pieces cast in Italy. It was a missed opportunity.

At least I gained the experience of obtaining realistic photos from models (no computers around the ANU in those days). Some 40 years later this image can realistically be created on a computer to a high resolution – and very likely it could have been cast in Australia with our increasing capacity in heavy industry.

In retrospect, this project was initiated by administrative people who had little holistic knowledge of the consequences of selecting a particular sculptor. A different approach could have resulted in a quite appropriate sculpture from a carefully selected local sculptor from a more aware, critical client. Management without knowledge and sensitivity was taking over at ANU and the results can now be seen all over the campus.