Around 1981 when Derek Volker (Secretary to Dept. of Veterans Affairs) took over from Ross Hohnen as Chairman of Technical Aid to the Disabled (ACT) he also asked me if I would design a new logo for the department. The letters V and A are so beautifully opposed to each other so the design concept came very easily and it was only a matter of making each look elegant and related – I hope I have done justice to the simplicity. It was approved with no questions and the fact that it in use today (2015) some 33 years in an era of rapid change gives some measure of acclamation to its acceptance.

It is one of my favourites, having an intriguing, subtle three dimensional quality. 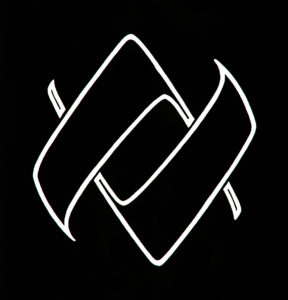 I did not design the letterheading – only the logo. While it could be worse it certainly lacks coherence, balance and elegance. Even the logo is not as I designed it – compare the two blue images with each other and with the original designs in black.

As a designer I am increasingly taking umbrage at the way unknown people take the liberty of altering or interfering with a clearly defined – and agreed -image of the logo which has required several hours of intense concentration to produce.

Often it is not intentional, but simply ignorance and insensitivity toward somebody else’s concept. Such people would, I feel sure, not dare to add a few brush strokes to alter a painting they may possess – some inner feeling would say to them “that is not right, it is not ethical”. Why then would they alter a graphic image such as a logo ?

The design of the above letterhead is not the work of a well-trained graphic designer.

A major, root cause of this widespread lack of empathy is the way we teach art and technology in schools and I have written several papers on this problem, but the teachers teach the teachers and somehow lack the experience to imbue this sensitivity into their students.