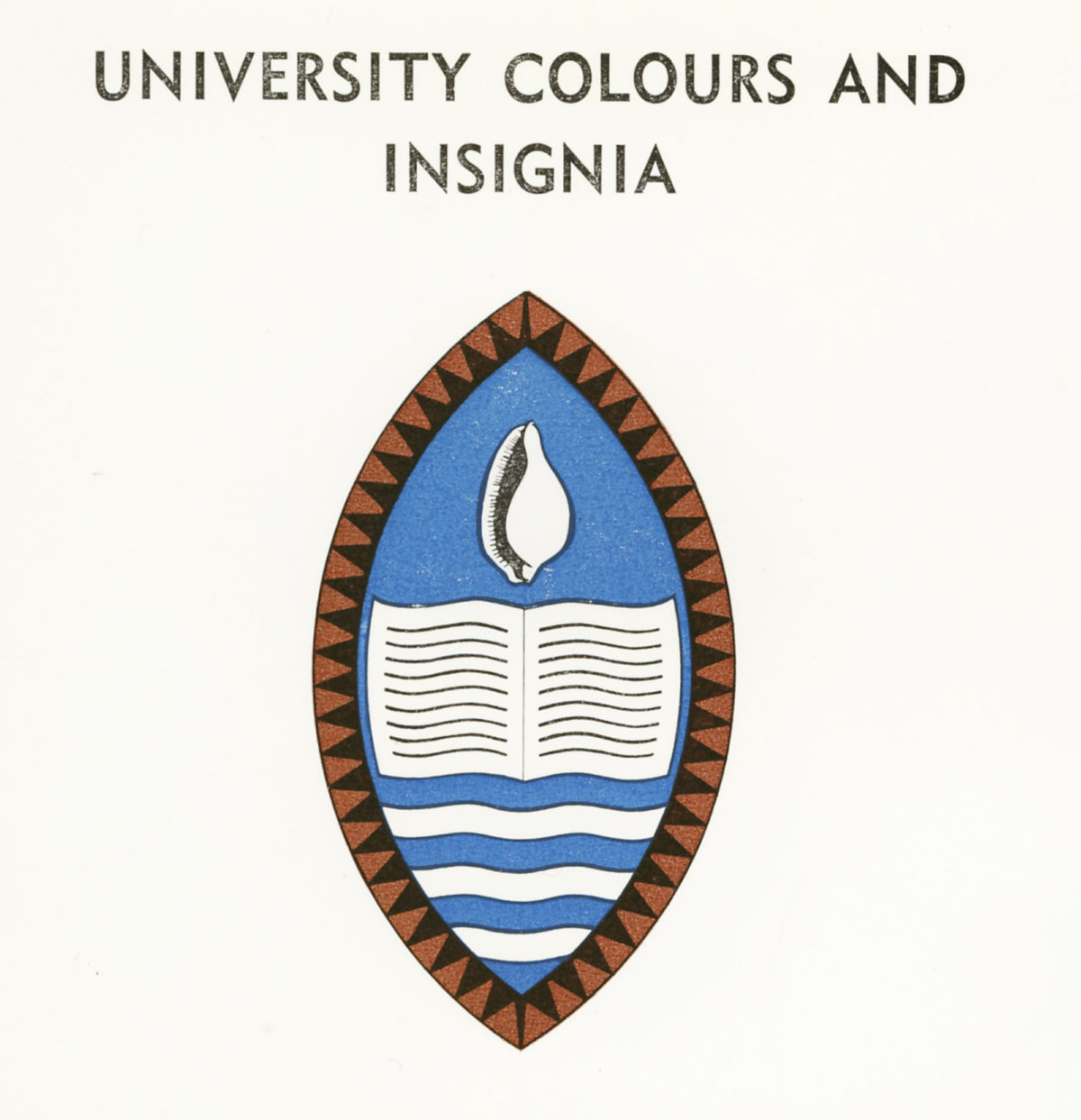 This was a commission through the Deputy ANU Librarian who was a member of the interim Council of the newly formed University of Papua and New Guinea.

Historical references to PNG traditions were suggested, such as the conch shell used for trade, the book for learning and the waves for the surrounding seas. The basic shape refers to traditional shields used by tribes in the mountain regions.

Logos were not my forte at that age but I was learning fast, being involved with the ANU Arms in its various forms at that time in the Chancelry and the Menzies Library.

Everything was hand drawn in those days (computers were 20 years away) and the above was a friendly gesture of help from ANU to UPNG.