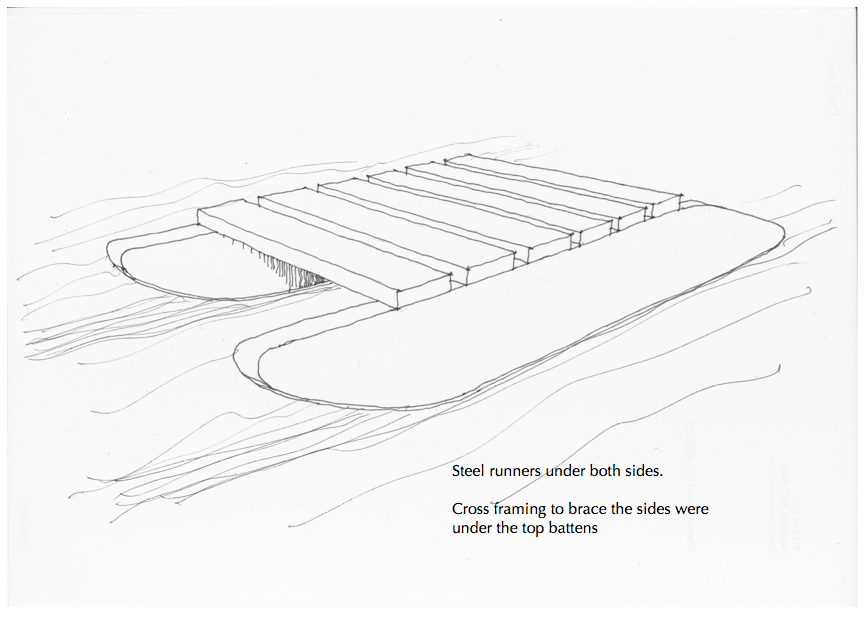 The hilly roads of Clarksfield and the Coppice in Oldham were natural sledging runs in my young days and I well remember making my first sledge around the age of 10 or 11 before we moved to Langdale Avenue on the Coppice from Prince Edward Avenue.

We had good snowfalls every winter and the cobbled street of Clarksfield Ave was a good long sledging run almost a mile long past my school. The cobbles with their rounded tops
(to give the horses a grip when pulling loaded wagons uphill) were superb low-friction surfaces for us when they had a thin coating of ice on them – they were deadly on a bike !

It was fast and bumpy but quite smooth with a few inches of snow.

Even at Langdale Avenue we had a good half mile of 1 in 6 roads – with a cross road at the bottom so we had to be careful there were no cars coming. Not that there were many in those days and motorists were a bit scared of driving on snow.

My sledges were simple affairs of pine boards with metal runners (sledge irons) on the underside which we used to wax for extra speed. Happy days.