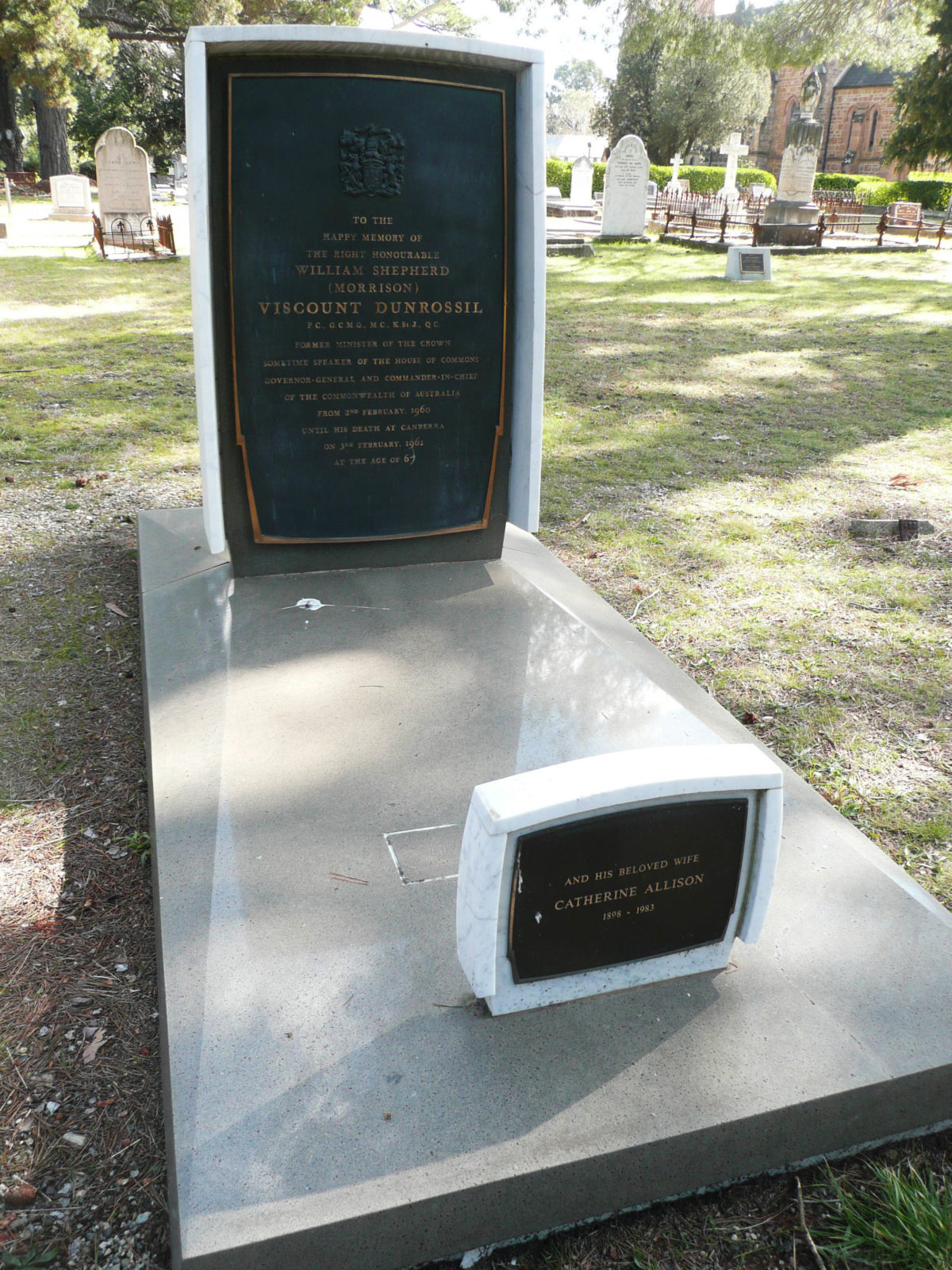 Following the death of the then Governor General Viscount Dunrossil in 1961 I was asked by the ANU Vice Chancellor, Sir Leslie Melville if I would accept a commission from the PM to design a suitable gravestone for the late Governor General.

This involved sketches of various concepts, investigating appropriate stone from a well known memorial supplier in Sydney. Eventually I selected Wombeyan white marble from the Mittagong area and a greenish granite from Moruya. In the foreground a slot was requested to receive the ashes of Lady Dunrossil as and when necessary. Lady Dunrossil was rather ill from a car accident at the time and I had to send my preferred sketch to Buckingham Palace for approval.

This was necessary several years later but I was not consulted and the very restrained design was compromised with a vertical element set into the slot which is quite out of character.

Why is it that some people feel they have every right to amend designed items without the courtesy of consulting the original designer ? Would they do the same to a work of art such as a painting or a sculpture ? 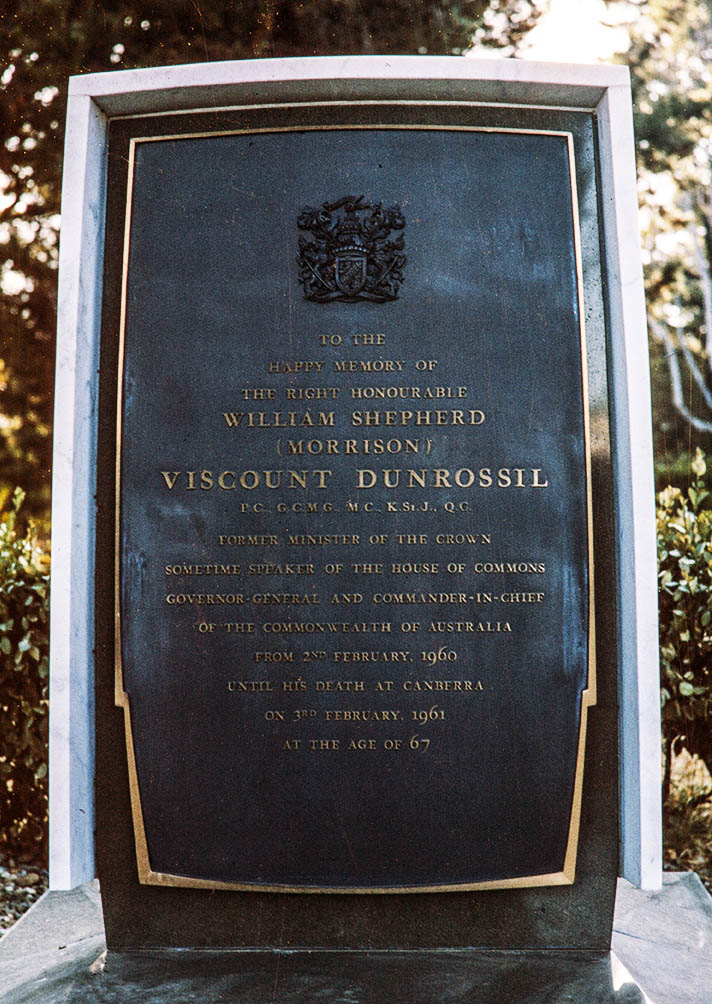