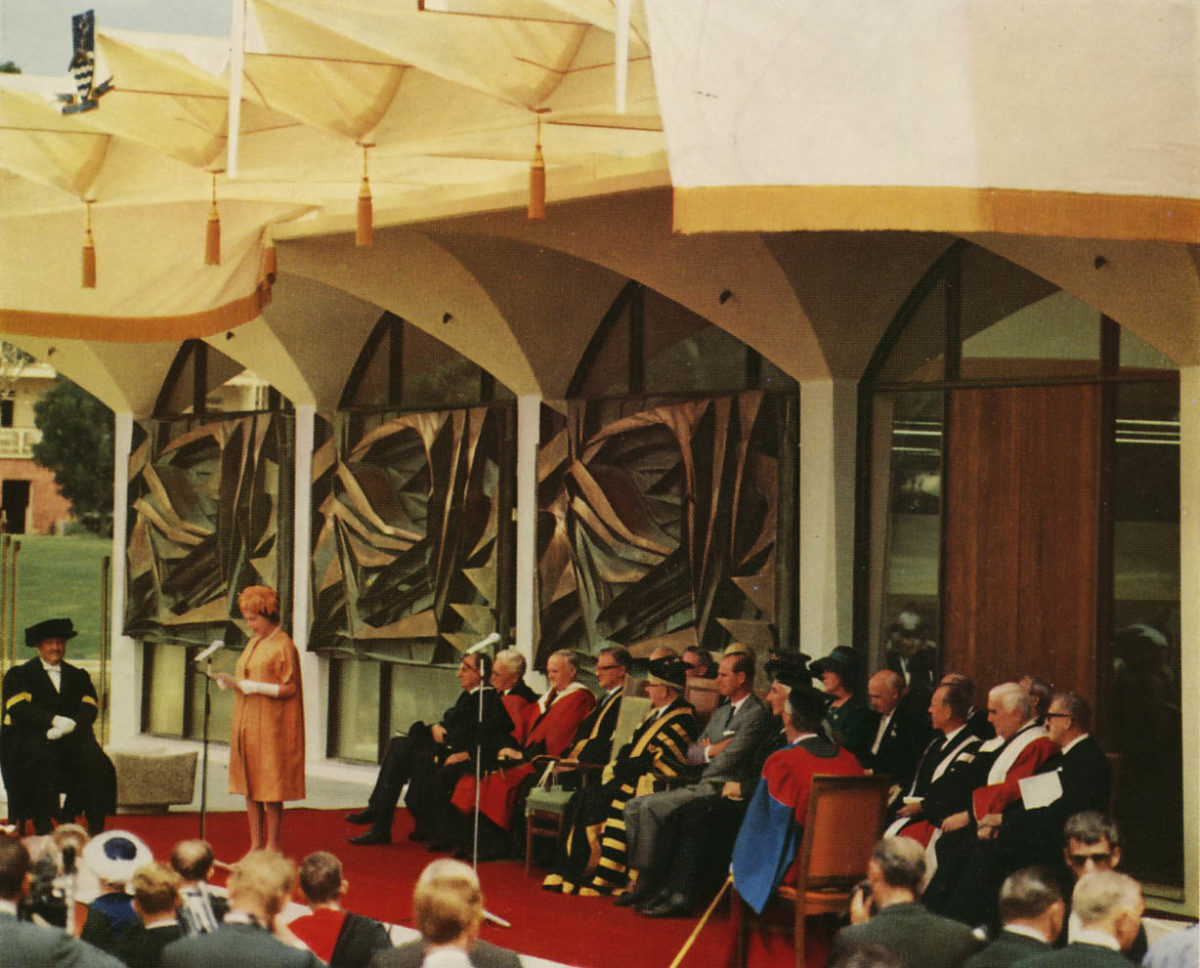 HM The Queen opening the R.G.Menzies Building of the University Library on 13 March 1963. HRH Prince Philip, Duke of Edinburgh is seated in the centre with Jack Graneek, University Librarian on his left and the Chancellor Sir John Cockcroft on his right. Then Sir Leonard Huxley, Vice Chancellor, Dale Trendall, Master of University House.

The three copper sculpted panels behind are by Lyndon Dadswell and the overhead canopy designed for the occasion by me.

The Esquire Bedell (extreme left) was Lindsay Pryor (?). Main entrance doors are on the right of the photo.

The Menzies Library was the first major project I had to tackle following Fred’s departure in 1961 and some of my best furniture was designed for this building which started out as a joint architectural “goulash” by John Scarborough (Melb), (the high rise stack) and Collard, Clarke and Jackson (Syd) (low rise, shown above).

The canopy for the opening ceremony was designed by me with the draped hanging panels (with weighted tassels) echoing the cantilevered arcuated forms of the Menzies roof behind.

All the ANU academics were sat in a group (to the left of the photo) – all in their colourful academic gowns. When the Queen and the Duke arrived by car the Duke made a jocular comment when walking past them “ …you look like a flower garden” which rather broke the ice of a somewhat solemn occasion.

Inside the building as part of the tour round the Queen sat on one of ‘my’ chairs to sign the Visitors’ Book and that chair now resides in our Mawson house – a gift from the ANU Librarian, Jack Graneek, who was so grateful for all the special furniture designs I did for him and the building (see Furniture section of this portfolio).