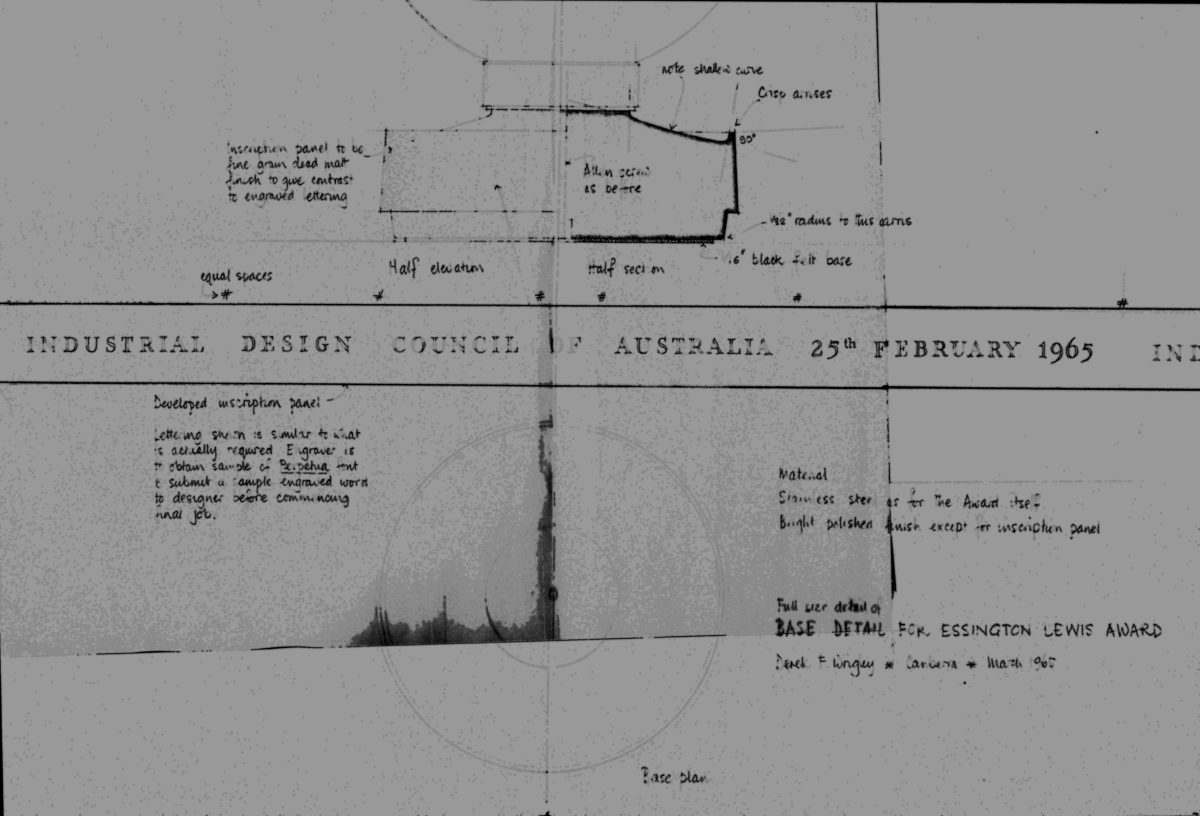 Apologies for the poor image – it had to be resurrected on a scanner from a faint pencil drawing on butter paper with a lot of show-through. Since Ross’s death in the late 1970’s the Award and base have not been located.

Ross Hohnen was Chairman of the Industrial Design Council of Australia during the 1960’s and he continued his support from 1956 when Fred and I first started work on the formation of the IDCA. He was awarded the Council’s highest honour – the Essington Lewis Award.

Fred Ward had received the first ELA in the late 1960’s, Ross Hohnen the second and the third (and last) was to the Duke of Edinburgh for his continued support to design, even to Australian design (he saw his role as a Commonwealth agent).

No more ELA were made as they cost too much to make and never had a base, so when Ross received his he asked me if I would design one for him – it was a missed opportunity not to have made two – one for Fred as well.