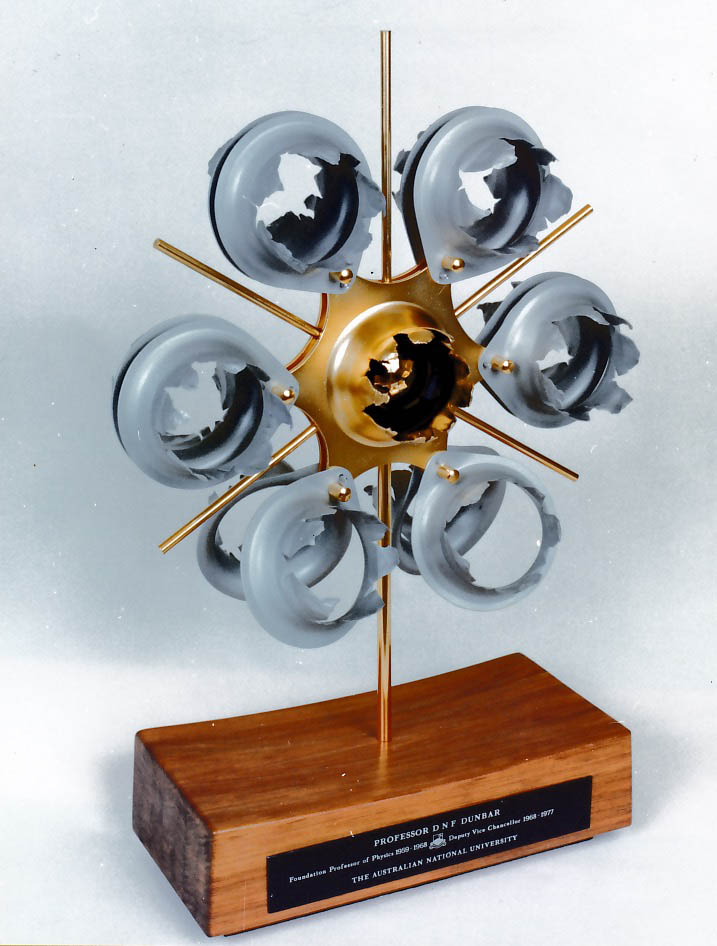 I was asked to design this farewell sculpture using 14 steel diaphragms which have been ruptured by a high energy blast of air in the ANU shock tube. It was made in the Pgysics Laboratory workshop

Noel Dunbar was the foundation professor of the SGS School of Physics at ANU around 1960. He was appointed as Deputy Vice Chancellor in 1968 before retirement and frequently became Acting VC in the absence of Sir John Crawford.

“Noel felt that as Professor of Physics his main contribution had been the recruitment of the team for the shock-tube laboratory because of the great significance of their work.  He had also been instrumental in finding the finances for purchase of the Mach–Zender interferometer, a tool fundamental for measurements in the shock-wave tube.  It was expensive but indispensable, and led to results that established an international reputation for the laboratory; Stalker and Sandeman became recognised as world experts in the field”.