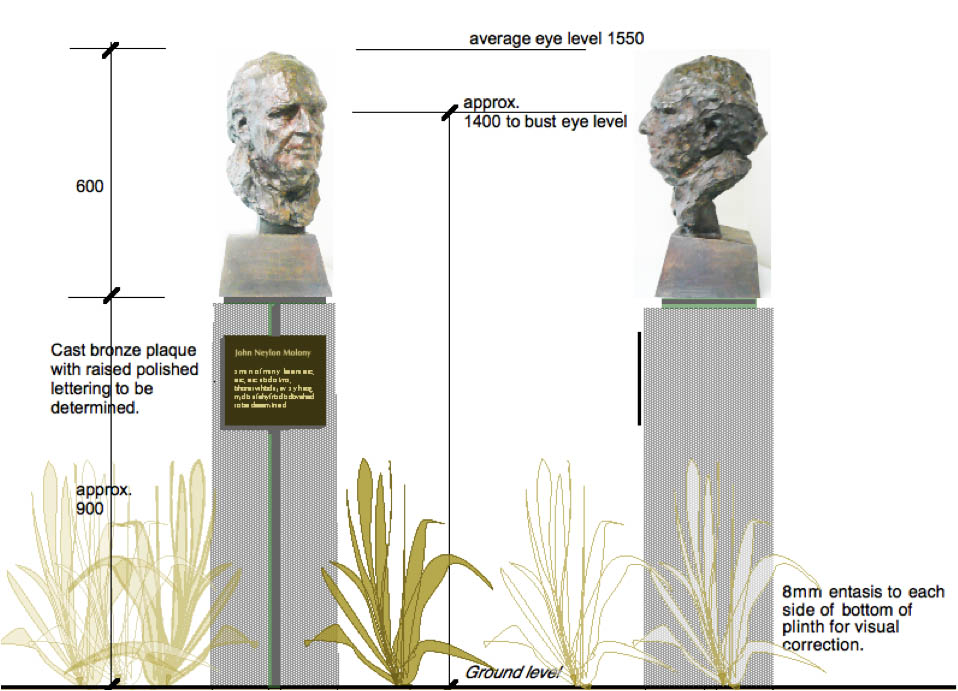 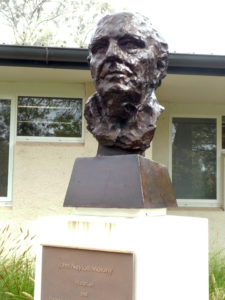 I was asked in 2014 by our President of ANUEF Professor James Fox if I would design a setting for the Molony bust made by Ante Dabro. This simple concept proved to be very complicated because the bust had a very ‘indeterminate’ box as a base, having sloping sides and off-square base which made it very difficult to balance from every point of view. If the plan shape of the precast concrete plinth followed the shape of the bronze box it would make the plinth look awkward and badly balanced. If the plinth is made rectangular then it would have to be made larger on plan to minimise the shape differences. I chose the latter. 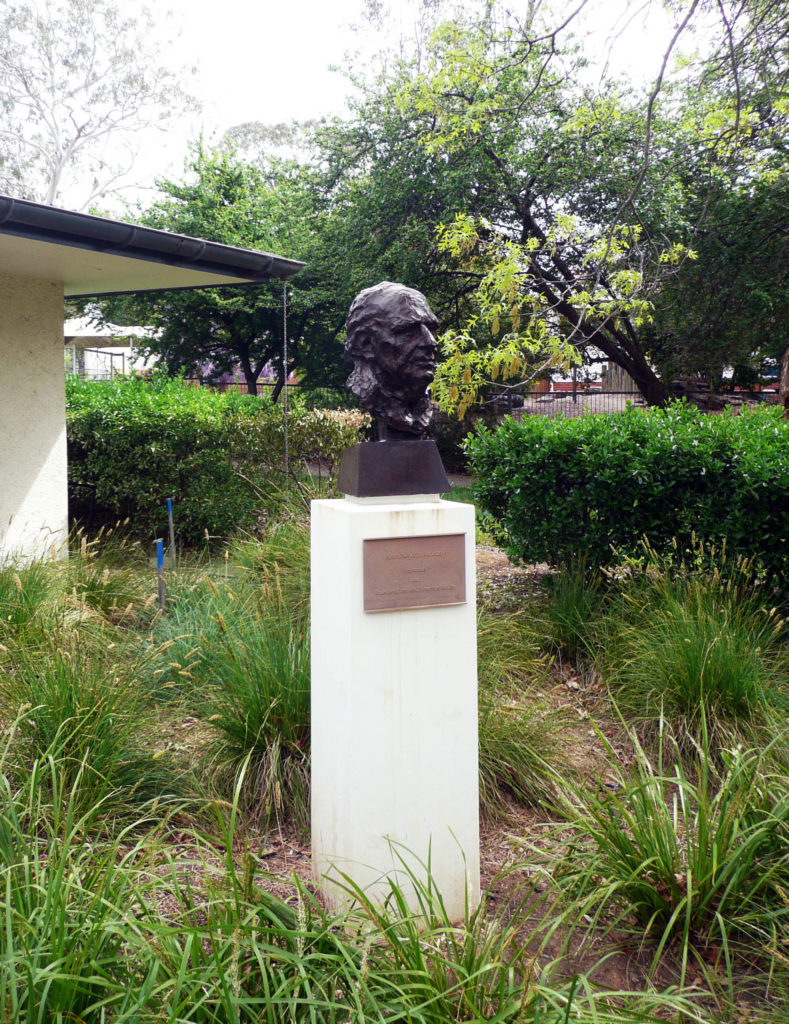 Although the design of the plinth was originally seen as a very simple matter, my first concept was to concentrate any run-off from the bronze by way of guide rims and vertical grooves but it proved more costly to make and as I was assured by Ante that the bust had been well sealed I took it on trust that there would be no problems from staining. How wrong I was – staining happened within the first two weeks. It has since been slightly remedied by re-waxing but remains stained – just visible above.

The main problem however, was one of location and if I was to meet Ante’s height wishes there would be visual conflict with the strong gutter line behind. I concluded and recommended that a more visually appropriate location would be better. My view was ignored and instructions given behind my back to proceed with the site shown in the photos above.

The project took almost two years to resolve with many headaches, some unethical behaviour which led to a hidden future transgression of the law regarding wheelchair ramps which could be the direct result. It was inaugurated at a ceremony on site on 7 October 2015.

Landscaping designed to remedy the location problem remains in abeyance and not under my control. I am very pleased that the entasis has proved correct, but nobody notices it.