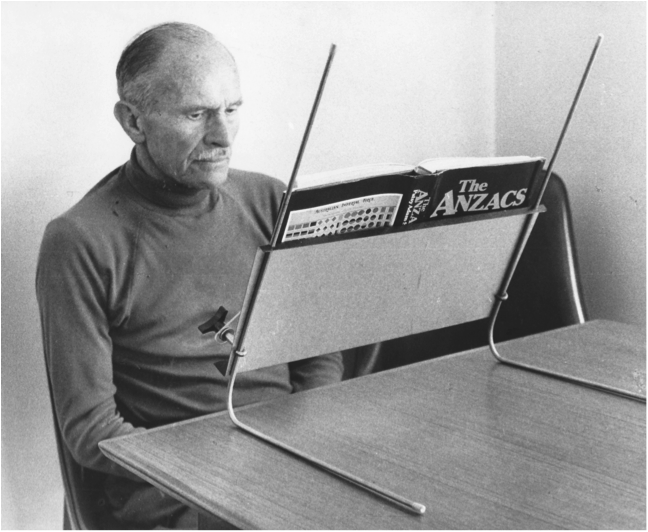 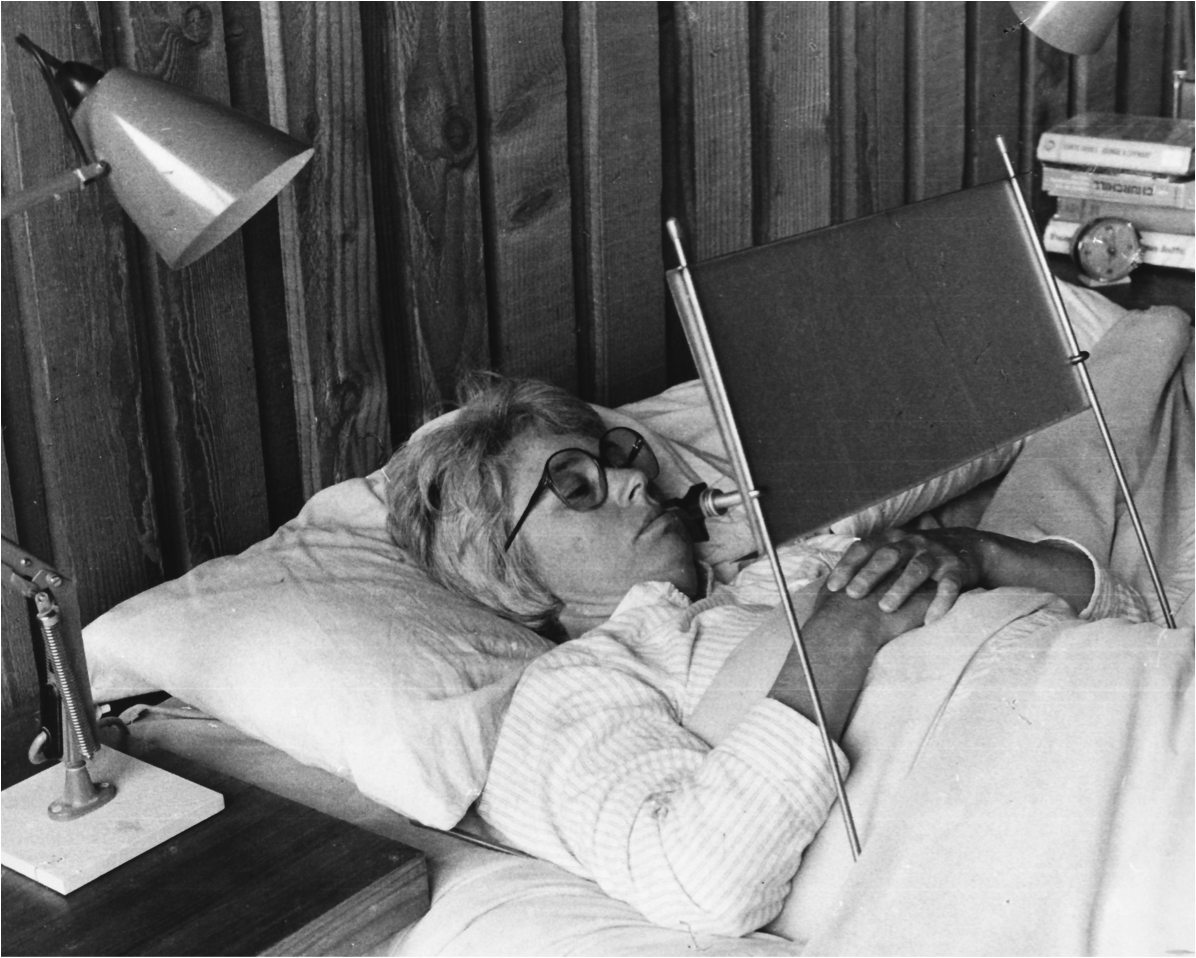 The TADREADER was a most popular item and over 500 were eventually made. It could be reversed to read lyingdown and folded up to store in a cupboard. It was also known earlier as the Multi-purpose Reading Aid.

Disability Aids Collective seemed to be a natural development from the voluntary side of TADACT but was a separate entity so 1989 TADACT Productions was formed under the wing of the TADACT organisation and DAC dissolved. It had proved the need.

In 1991, after 12 years as Design Director of TADACT I decided to step down and retire as Maxine and I wanted to have an overseas trip and the new house in Mawson presented new opportunities for low-energy retrofitting to my still active mind. We had an offer to buy Little Burra and environmental design was my new and urgent challenge – after a visit to Simon and Jonna in Denmark.

To my great disappointment TADACTP was not fully active after I left. I had made a catalog for them but the need was not understood and the enthusiasm was missing – other people in charge have different aims in life and corporate goals can change direction unless the driving force stays with it. Nevertheless, DAC and TADP served a very useful niche of batch production which was most suited to particular market demands and it was a great pity that such a market opportunity was so inadvisably withdrawn. No logo was designed for TADACTP.

Maybe the role of batch production had served its purpose as our increasing population was seeking more commercial answers. Certainly some industries have adopted (stolen?) TAD designs for commercial gain which could be a good thing (except that Chinese industries are often the main culprits and there often seems to be no control over design quality and direct attention paid to the real need).

Times and circumstances do change of course and we have to be philosophical about it, I suppose. I am still involved as a volunteer.