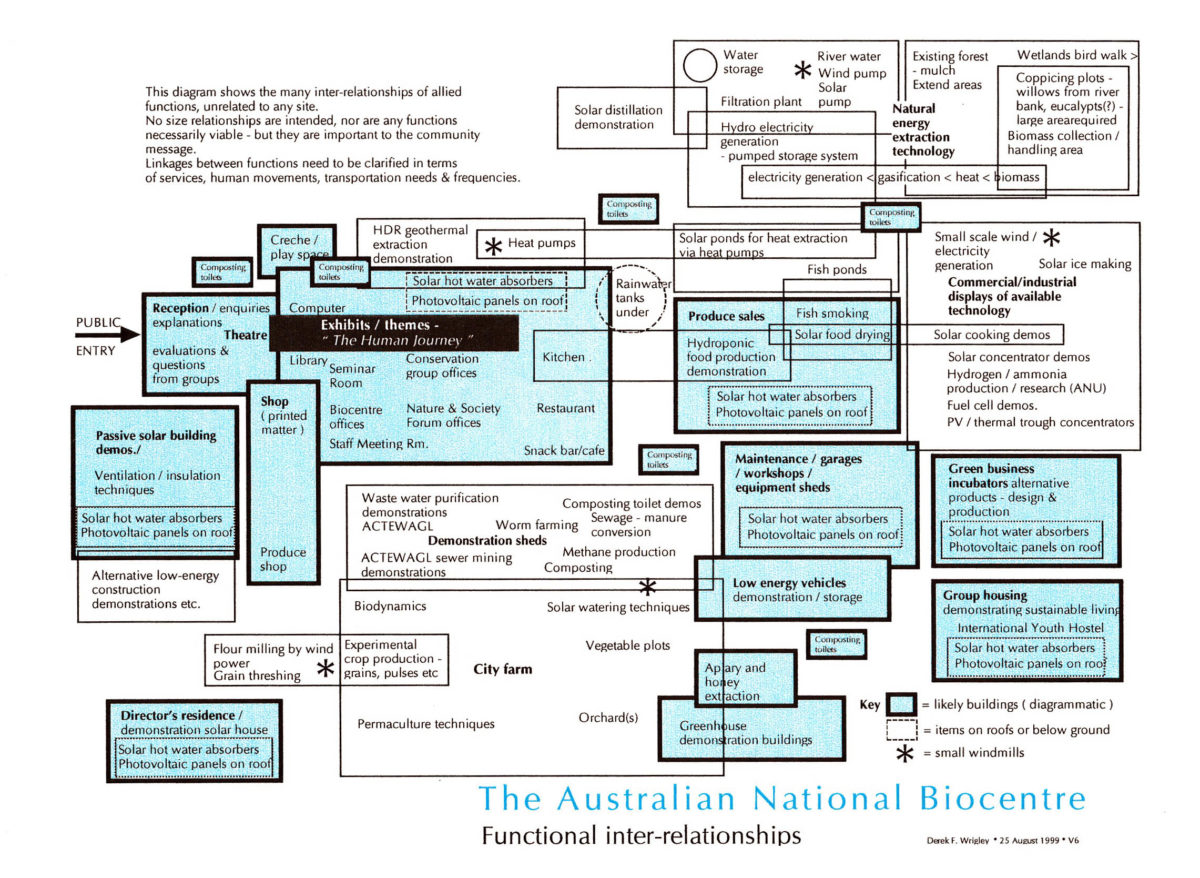 My involvement with NSF and the foundation work leading up to an ANB led to me becoming the Design Coordinator around 2000 – 2003, with the responsibility of understanding the needs of the ANB and turning them into an architectural reality based on a large area of land called the Wetlands adjacent to the Causeway area. It was to be an educational centre for the transformation of the public mind toward a sustainable way of life on a planet with finite resources yet having a rapidly expanding population which is potentially unsustainable unless the human race changes its direction.

The land was virtually allocated to this use by the ACT government, but as the years went by the residential development at the eastern end of Lake Burley Griffin became increasingly valuable and our proposal became less attractive to the political eyes and minds.

I was working virtually full-time at the ANU laboratory building lent to us by ANU at Weston until that fateful day in 2003 when the bushfire demolished our building and all our drawings went up in smoke. It virtually killed the ANB project but the NSF gradually recovered itself as the Frank Fenner Foundation which remains today – but the ANB had died, which was an enormous blow to the potential environmental education scene in the ACT.

Those who were involved were Frank Fenner (our very generous patron), John Schooneveldt, Moss Cass (Whitlam’s Environment Minister in 1970s), Stephen Boyden, Dick Barwick, Bryan Furnass, Bob Douglas and many others who believed in a sustainable way of life. 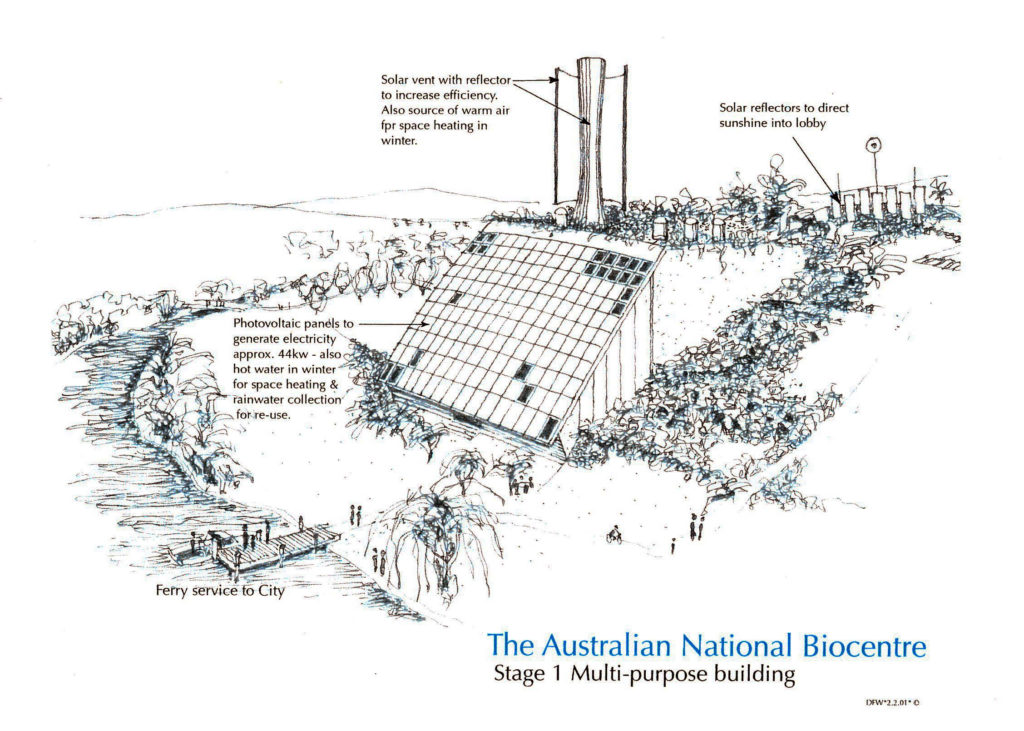 Unfortunately for us the Kingston Foreshore Development was going ahead and commercial pressures and money were determining planning – rather than what was the social right. The Wetland area was becoming increasingly valuable for ecological reasons and a Biocentre carried no political weight – or even understanding of its societal value.

Sensitive in-ground design could have been most appropriate but the 2003 fire and political ignorance of the underlying message caused this vital project to founder. 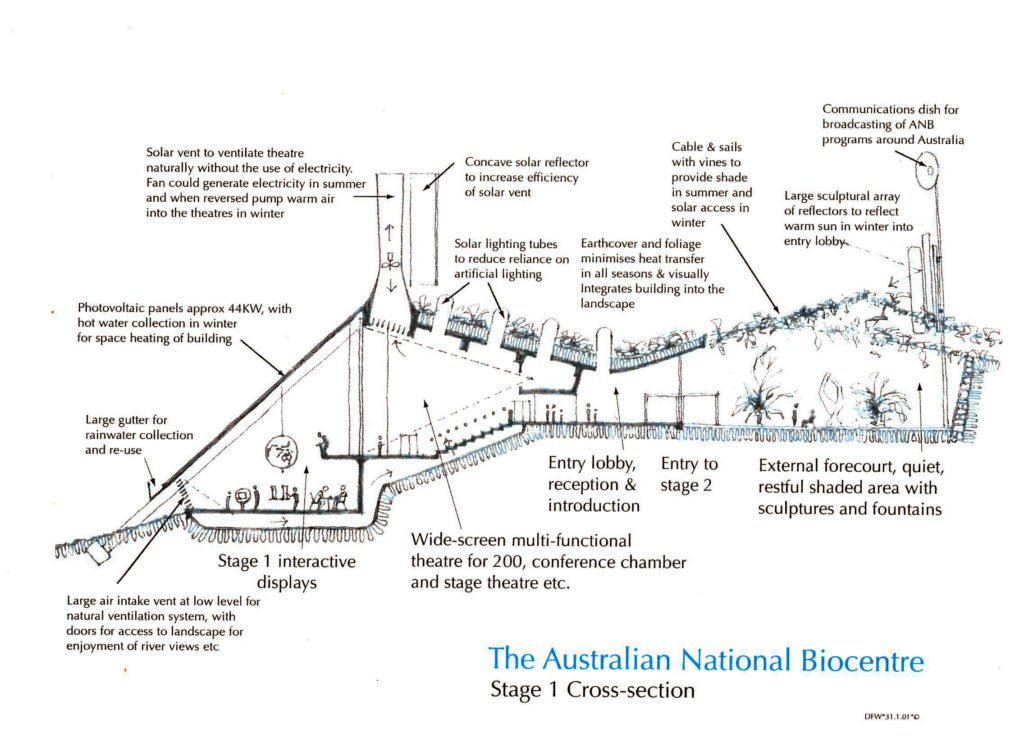 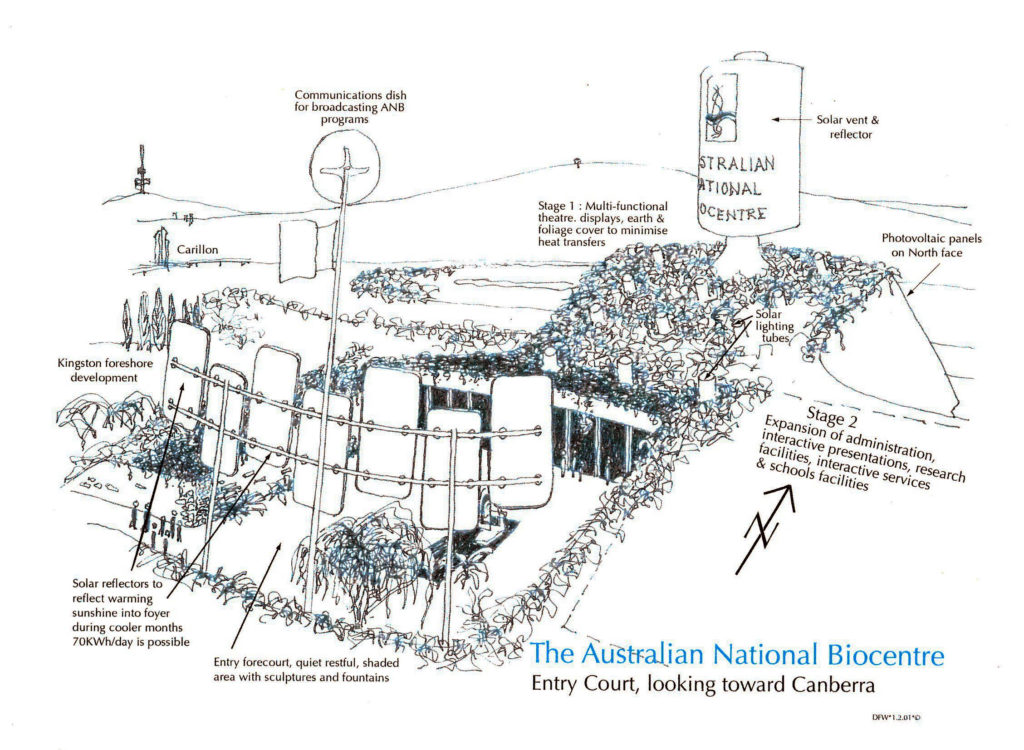 The potential for integration of solar capture and utilisation in its architecture was enormous and this was a development that Canberra needed at such a time when climate change was really becoming recognised.

In my opinion this was a major loss to Canberra and Australia – its need was not recognised by those who had the power to make it happen. 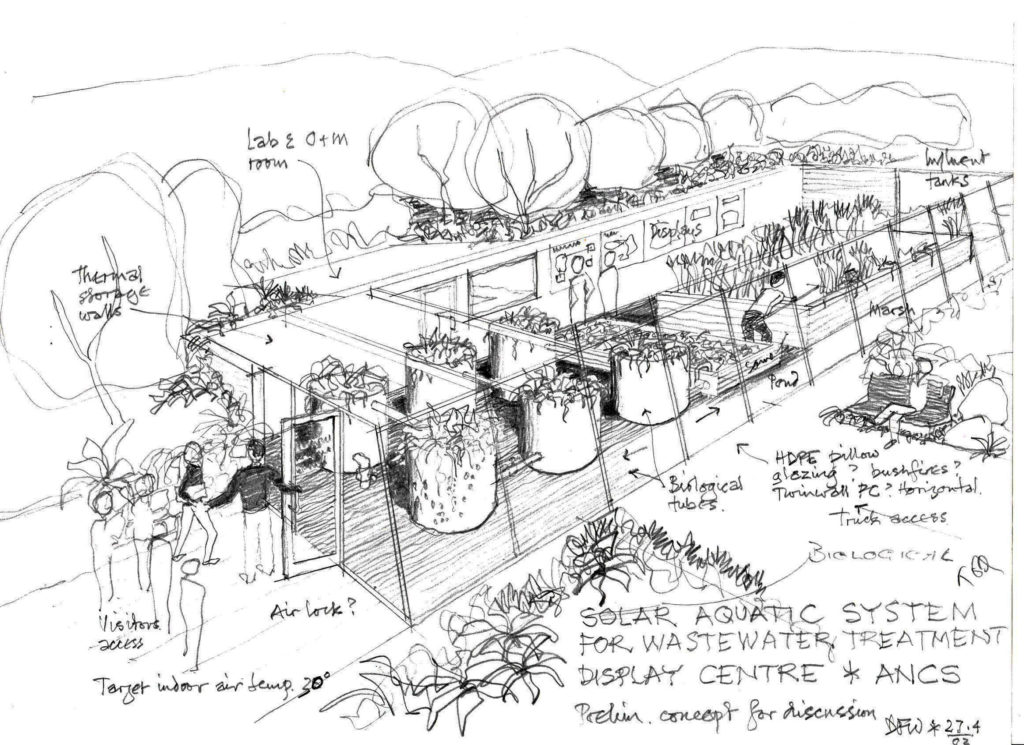 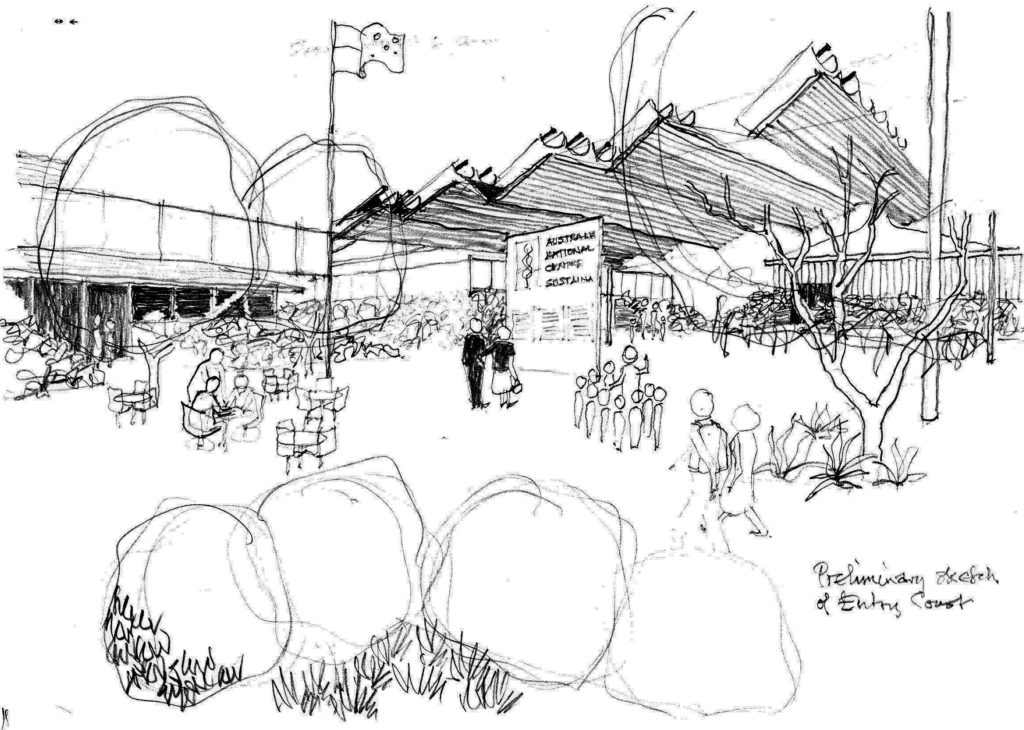