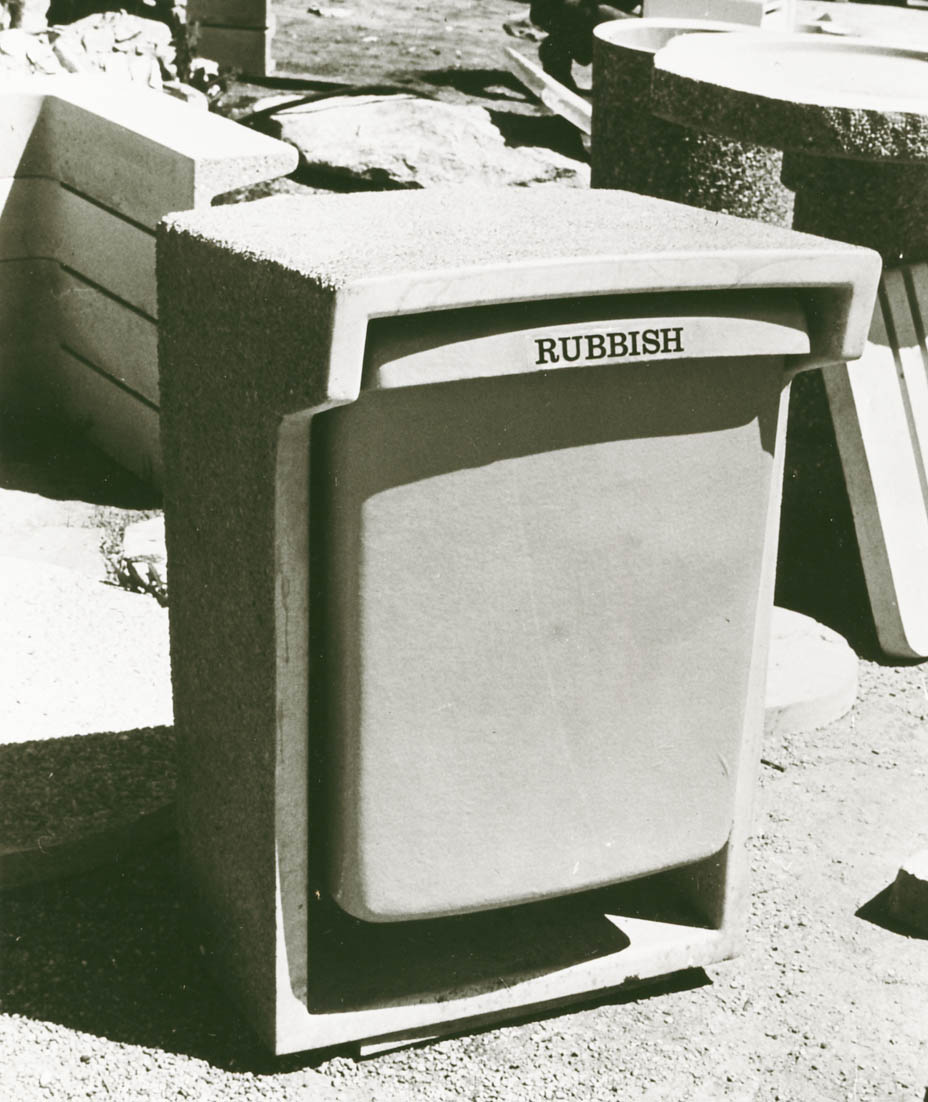 This was a prototype rubbish bin designed to restrict the entry of flies and to keep the contents out of view – a significant advance on the ‘bucket’ type of bin with these disadvantages. It was more costly to make and once again money was the determinant rather than the usefulness. The bin was pivoted, being pulled forward at the top to deposit rubbish yet allowing easy removal for emptying.

Behind the bin (to the left) was a prototype unitary barbecue design which was also discontinued on the same grounds.

See below the barbecue drawing I produced for Henry Satrapa. (In the Imperial era) 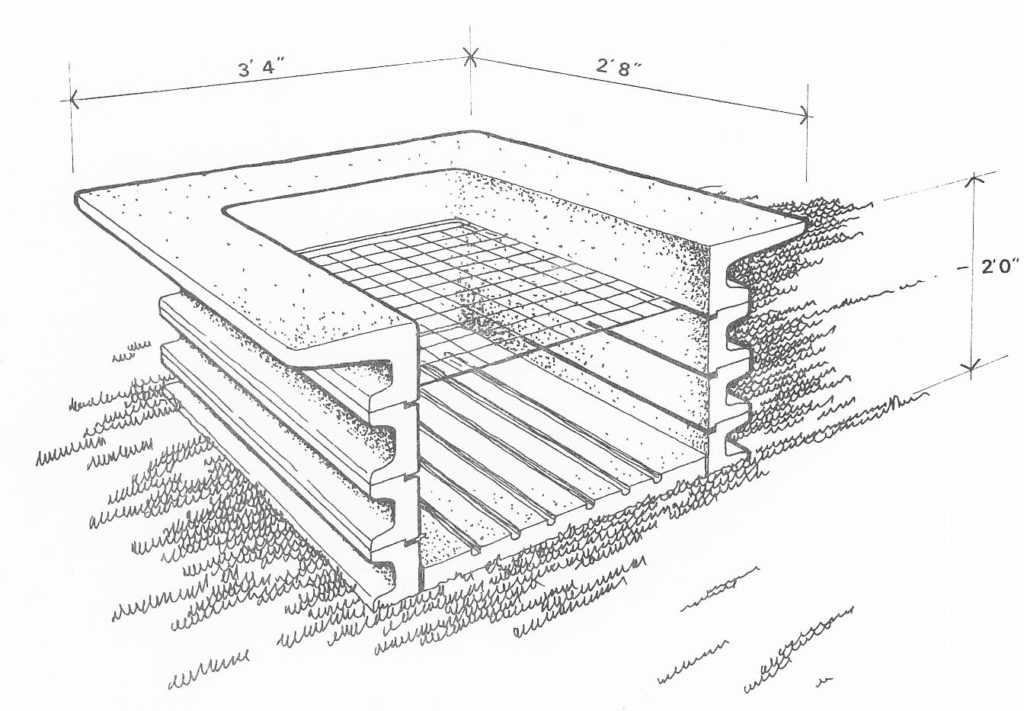 You can win them all and I had a very high success rate with the many designs I produced for Sunset P/L.during the 1960s.