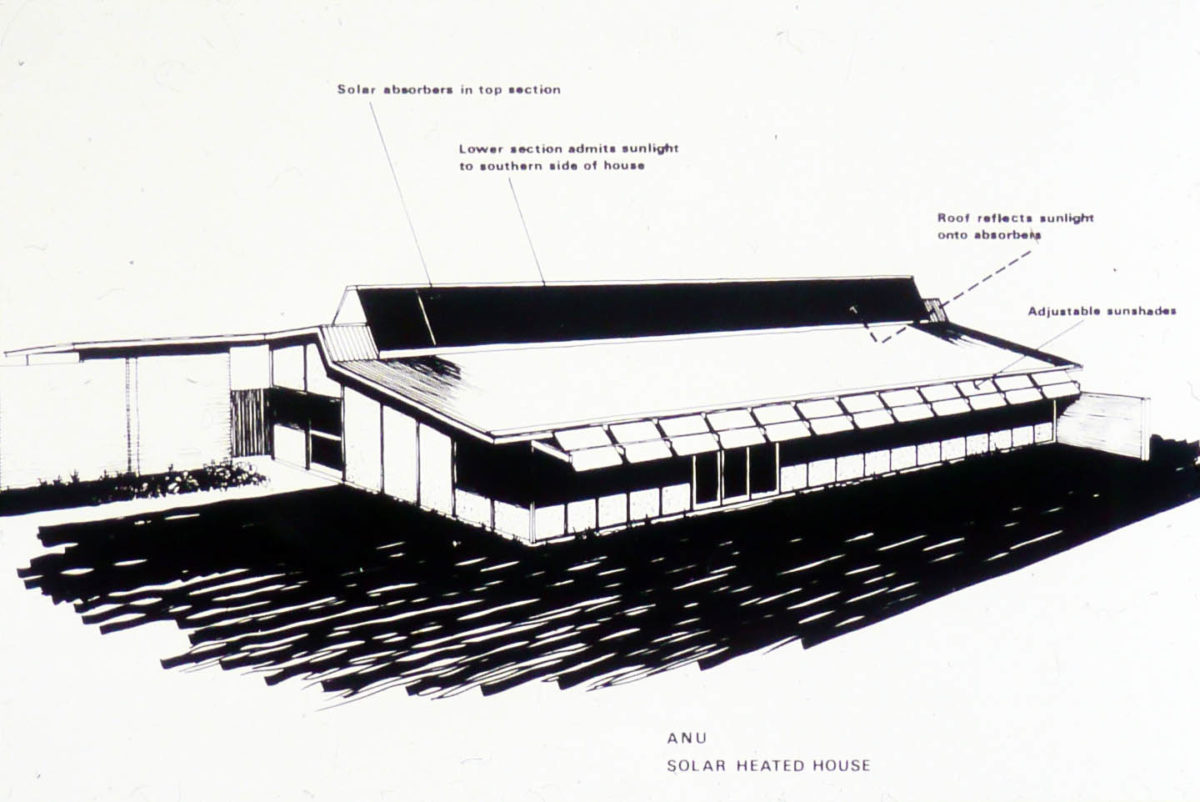 In 1973 this concept for a solar heated house was radical and yet not understood by the administration that the whole ANU organisation was fundamentally based on “research into the nature of things”. Preliminary sketch by DFW before Andrew Blakers started his Centre for Sustainable Energy Systems.

Around the early 1970s when global warming, climate changes and fossil fuels being under the spotlight it occurred to me that ANU could make a statement about Australian architecture responding to these global pressures.

ANU still had a domestic building program for new staff and I convinced the Housing Officer, Dorothy Harvey that we could at least build one of our new houses as a low energy house which could take advantage of the free sunlight, wind and rainfall. She agreed but eventually the money could not be found – or the ANU administrators could not yet see the need and that the Design Unit should not be indulging in research (!).

I learned a lot from that exercise and as I resigned in 1977 I maintained the stimulus to build one. As I was already half way through building my OB 4 solar house at Little Burra I suggested to Ben (then in Canberra) that we jointly build a solar house on a block also in Burra using some of the principles I had learned with the ANU Solar House – there are similarities – see Ben’s Solar House.

In retrospect the ANU had an opportunity to engage in very useful research but I was a bit before my time and the Design Unit did not seem to be recognised as a research unit which is a bit ironic because every bit of design we do is, in effect, research into better ways of doing things. Some day design will be understood a bit better by administrators but it is a matter of great regret that so many opportunities have been missed because of the lack of vision or awareness by those who occupy positions of authority and so-called leadership.