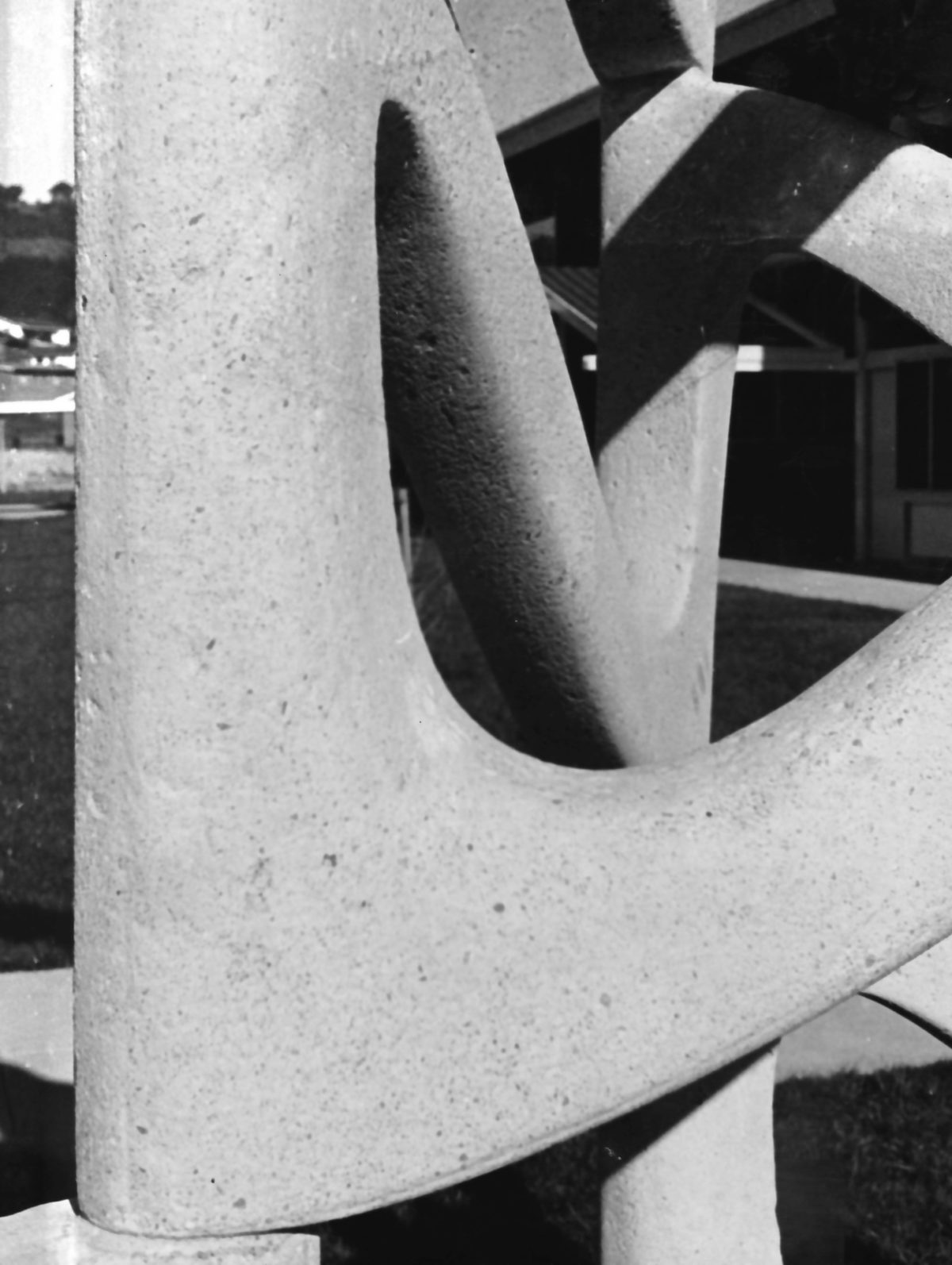 I don’t recollect where the commission came from but Henry Satrapa (Sunset P/L) and I became very involved in making a full-size plaster pattern from which the fibreglass moulds would be made for the casting of the concrete interlocking pieces. 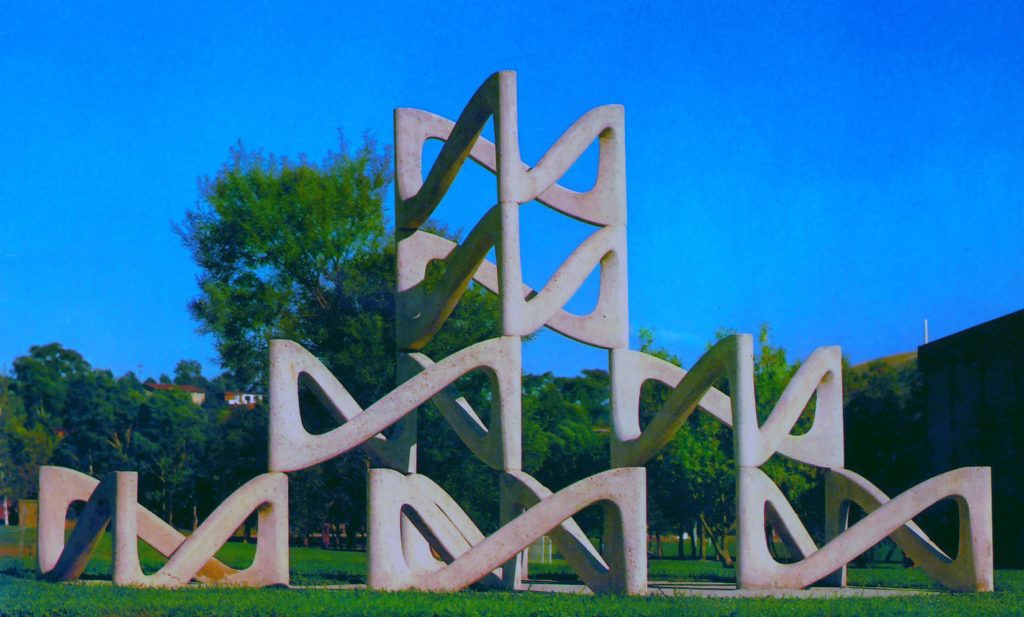 I first made a small scale plaster model of one unit from which a full size model was made by scaling up. Henry made the first full-size blocked out plaster unit and then I got busy with a coarse rasp to ‘sculpt’ the final profiles which had to be perfect visual curves. Measurements were not a feasible way of achieving the ‘correct’ answer – it was one of those jobs where the sculptor ‘felt’ it to be either right or wrong. It was a very challenging exercise but I enjoyed it immensely.

Once one sloping leg was right the other two had to look the same which was just a matter of visual acuity and infinite patience. The final project looked really terrific until some killjoy came along and said they thought it was dangerous – psychologists say that children need challenge – do we then cut down all climbable trees ?

It was subsequently dismantled and removed…surely they didn’t destroy it ?

Most elegant and graceful curves – achieved by eye, hard work and patience. I am proud of the final result but really disappointed by
the attitude of those who decided to take it down. Surely it could have been erected somewhere as a sculpture ?

Wrote to the ACT Minister Nov 2015 for answers 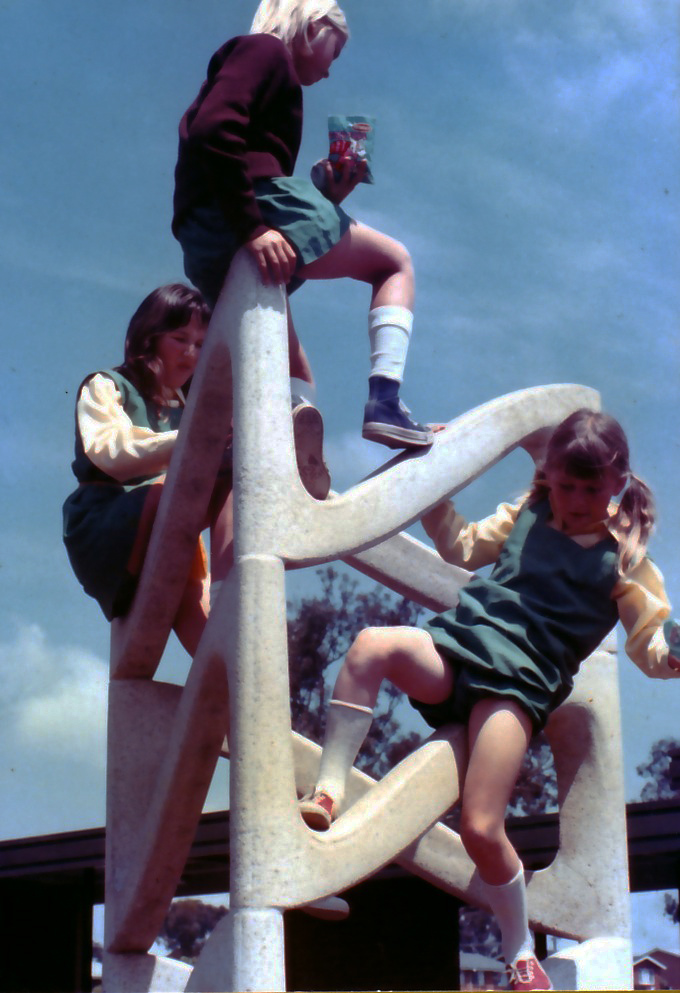 Obviously they enjoyed the challenge!