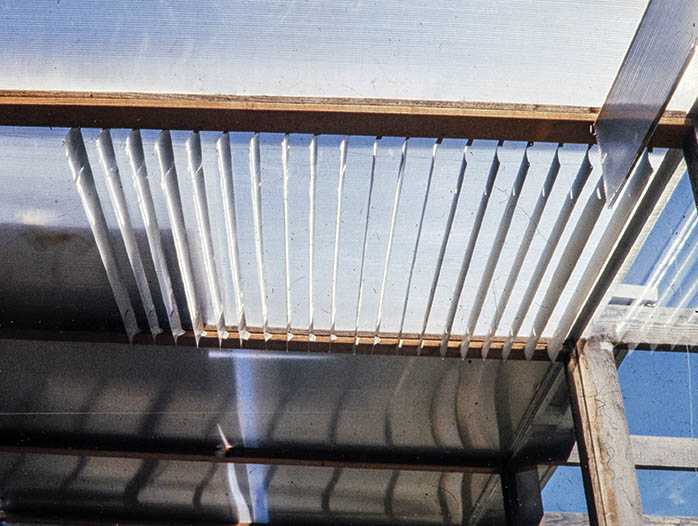 I tried a number of controllable shading systems for the conservatory roof at Little Burra but there were usually one or two negative aspects at the design stage which caused me to abandon them.

The basic problem with any system is – it has to be easy to manage, preferably automated (at some cost) – otherwise adjustments to obtain optimal performance just don’t get done because of human failings or cost is out of proportion to benefits gained.

The system which seems to tick most boxes seems to be the system of manual wind-out white Coolaroo blinds as described on page Retro 13 at Mawson – this section – finally adopted some 40 years later. 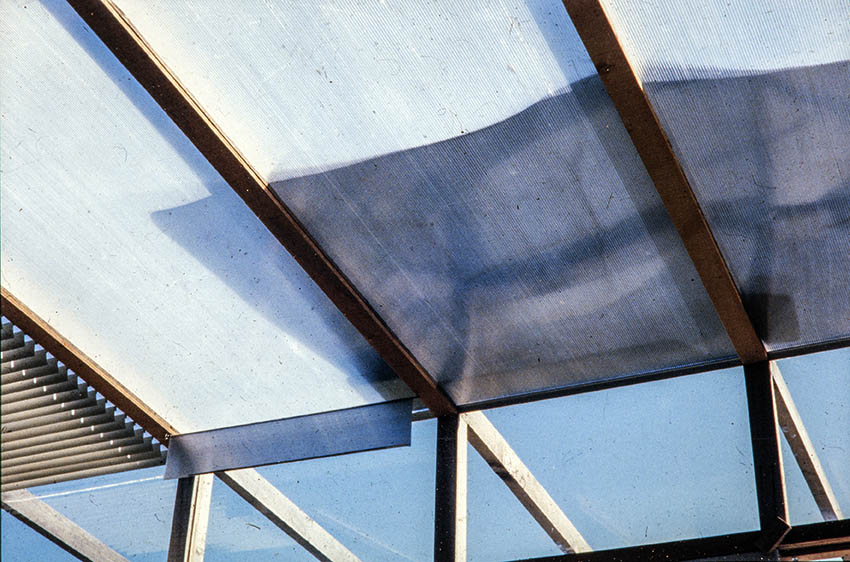