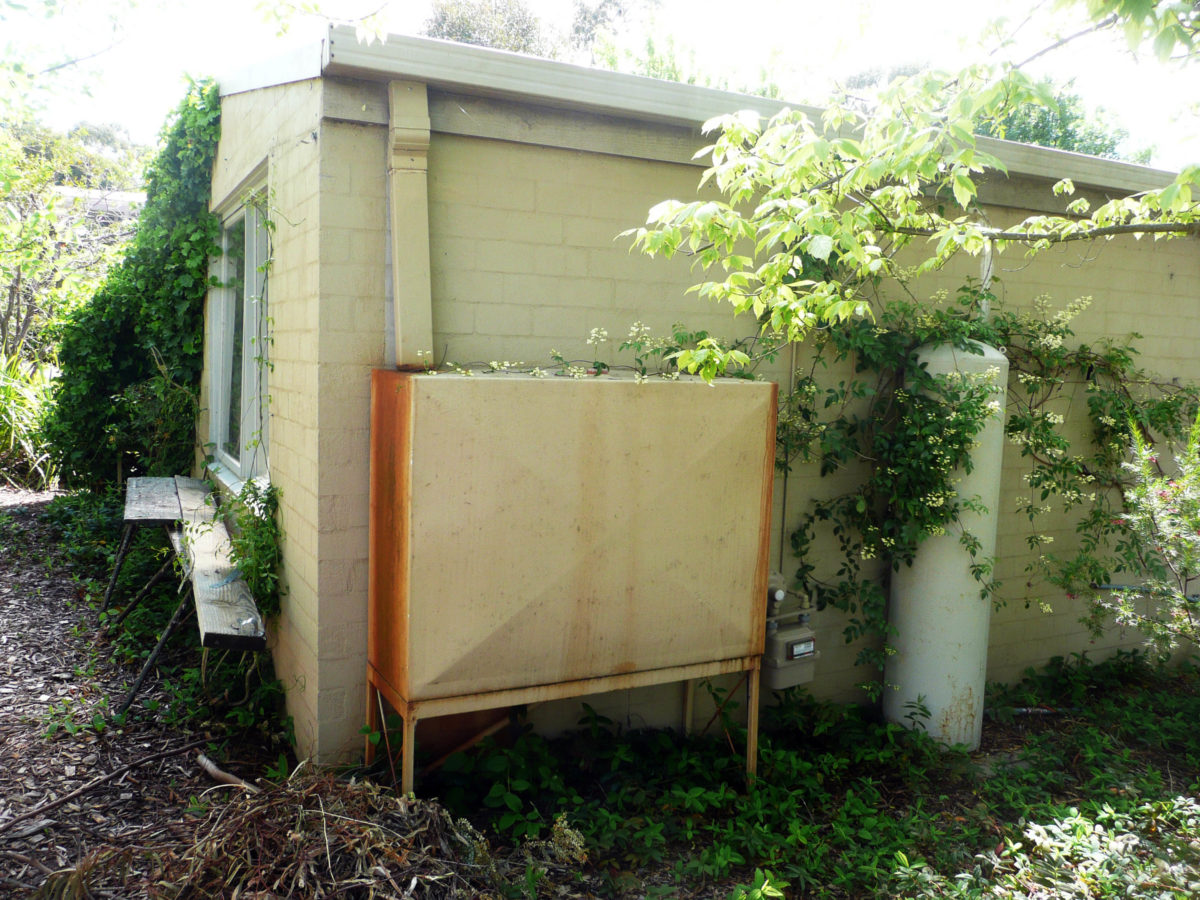 View of the SW tank outside my workshop. The rust stains are from an overflow due to a blockage in the central outlet underneath which is just visible. I just haven’t got round to painting the wall and tank in this corner of the house.

At the end of the heating oil era (1980s?) I managed to get a couple of free 400L rectangular oil tanks which I erected on stands to store the rainwater from the garage roof. The outflow pipe at the bottom of each tank discharges into a subsoil watering system for nearby trees. The white tank will be the new colour and is (or was) the storage tank for the UV purification system now being discontinued for various reasons. (see p RETRO 17).

Between the two tanks can be seen the natural gas meter inlet (grey box) to the house which has a direct line to the street supply pipe. Our house is the only one in the 72 group which has gas because we are on the street and ACTEWAGL say it is too expensive to lay the gas line under the concrete driveways.

The main roof collects potable water for the two large tanks (see p RETRO 4) and the garage/workshop roof collects water for garden use only due to the possibility of the greywater system leaking onto the roof which would contaminate the water making it non-potable. It would have been a convenient arrangement but it was one system that didn’t produce good enough results – hence dismantled. The tall white tank will be removed when I have finished this huge Portfolio – at 91 I am finding it difficult to do everything at once !

If I had more energy and agility I would be installing an electroflocculation plant to purify the greywater from the two bathroom wastes and the laundry wastes returning them to feed the two toilets and (if clean enough) – the washing machine and tub. Then we will be able to be 100% self-sufficient in water (assuming it rains) instead of only 82% as at present. The problem I haven’t quite resolved is how to cleanly dispose of the waste flocculant, but I feel sure there is an answer if only I didn’t have this race against time against my inevitable mortality.

See my final achievement – the useful disposal of my own body which is not quite as pollution free as I would like – but there are some problems I can’t resolve. 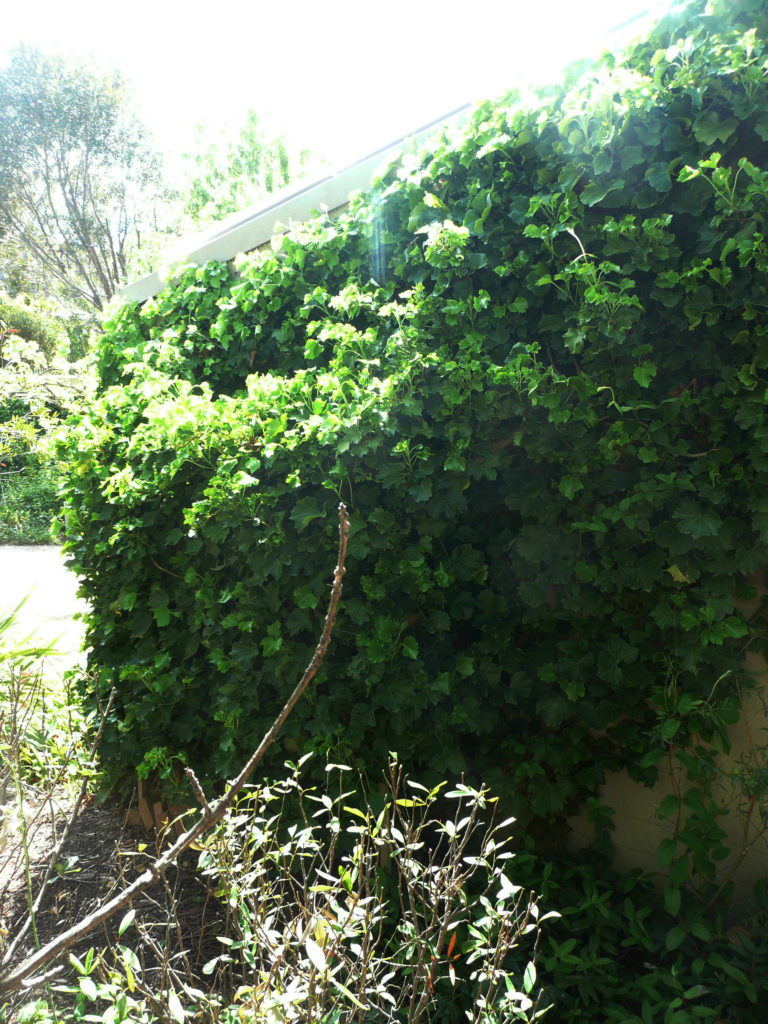 The NW tank is now completely hidden behind this vigorous evergreen vine – as desired.