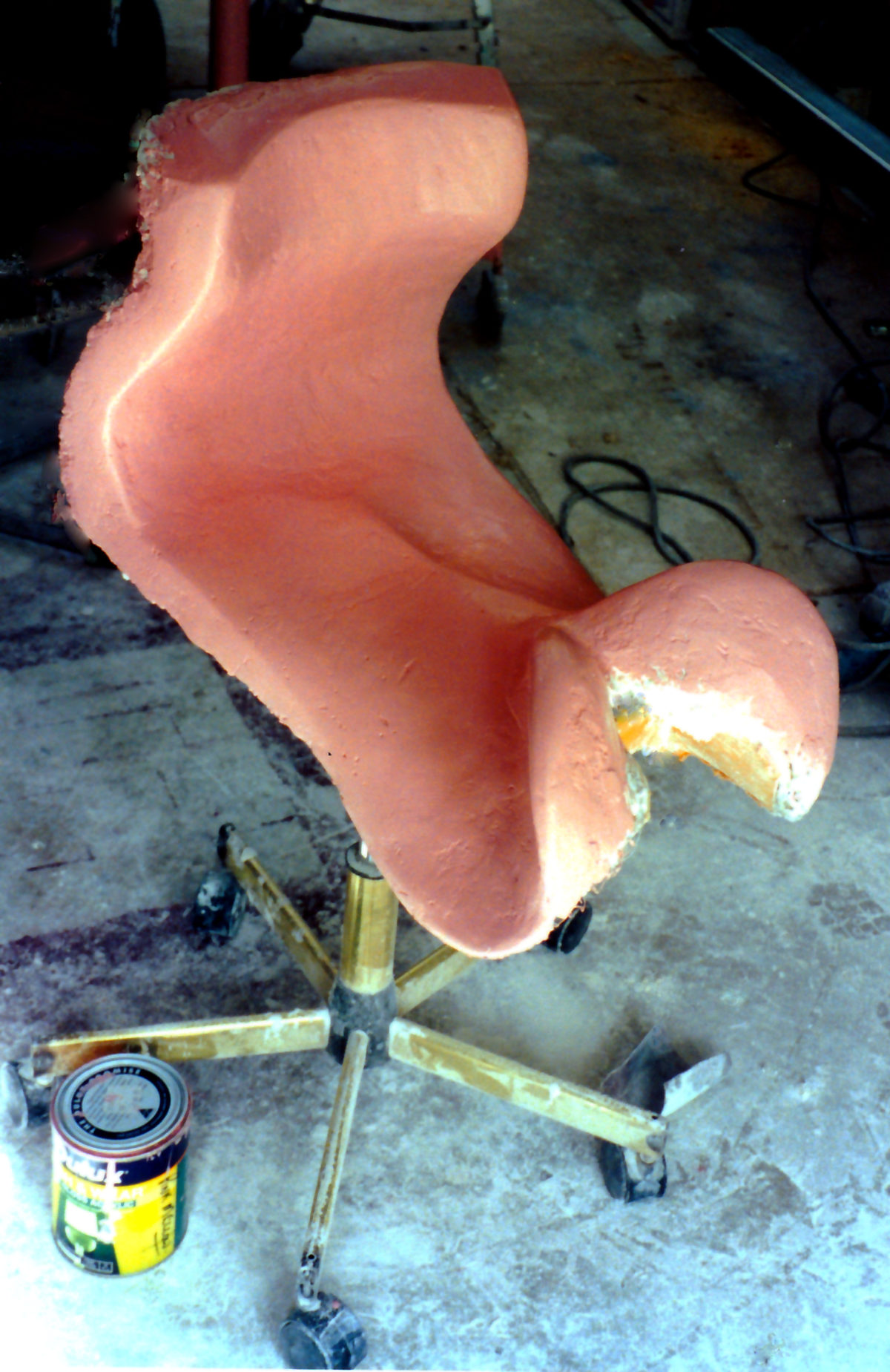 I was spending more and more time on the computer and sitting down for long stretches was certainly affecting my general fitness. It became quite clear that the backrest (as conventionally conceived) played little part in achieving comfort during active use. Way back in the early 1960s I tried to get typists at ANU interested in seats that sloped forward which elicited no interest but the thought persisted to 1999 and action as above resulted, using the inner thighs to advantage with feet firmly on floor or raised platform and an active back.

The seat would give a semi-standing posture which goes some way to allay the fears that ergonomists have about the dangers of sitting too much.

The above photo shows the plaster mould prior to casting the polyester resin with a chopped strand fibreglass mat.

The smaller photo shows me lifting the hardened fibreglass shell off the plaster. The theory and the final product didn’t quite match the envisaged comfort and I just got on with life. One or two failures are good for the soul. 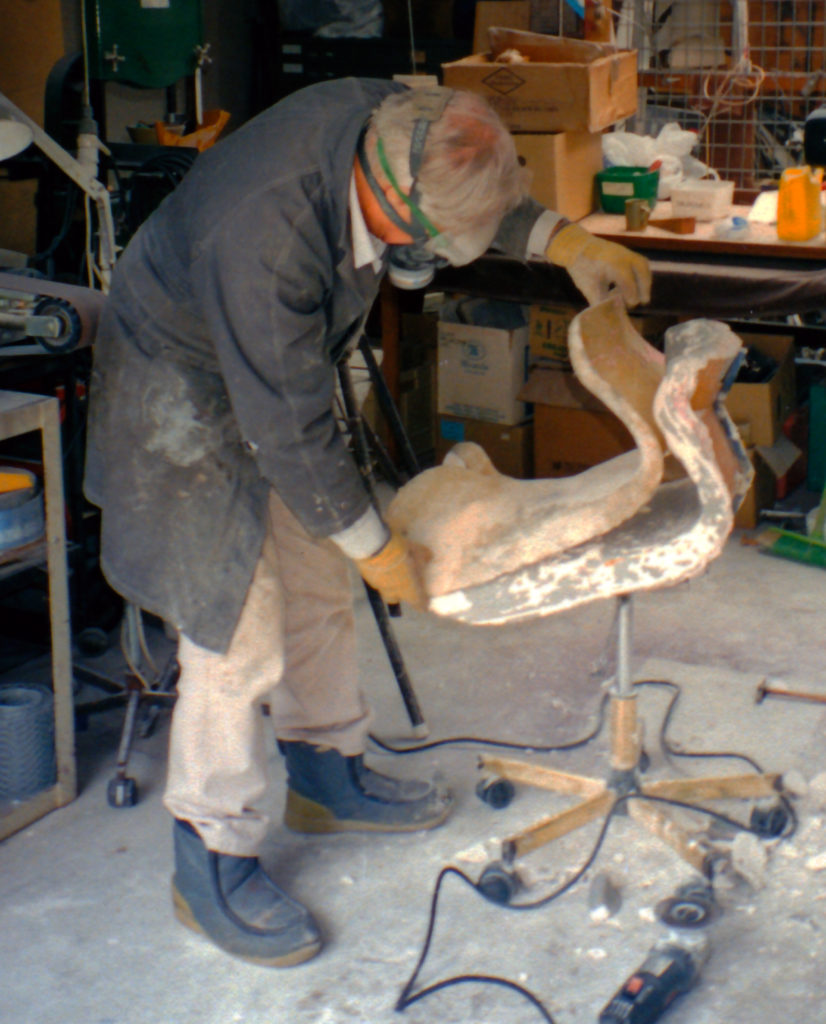 Despite the precautions of wearing protective gear – glasses, gloves, air filters I found out in 2014 that I had pulmonary fibrosis of the lungs which makes me short of breath on exertion. The workshop is a dangerous place and I do worry about all the cadmium floating around from the welding and brazing I did in previous years on my sculptures – and hopefully will get back to before long. Too many interests and should I really worry too much at my age?