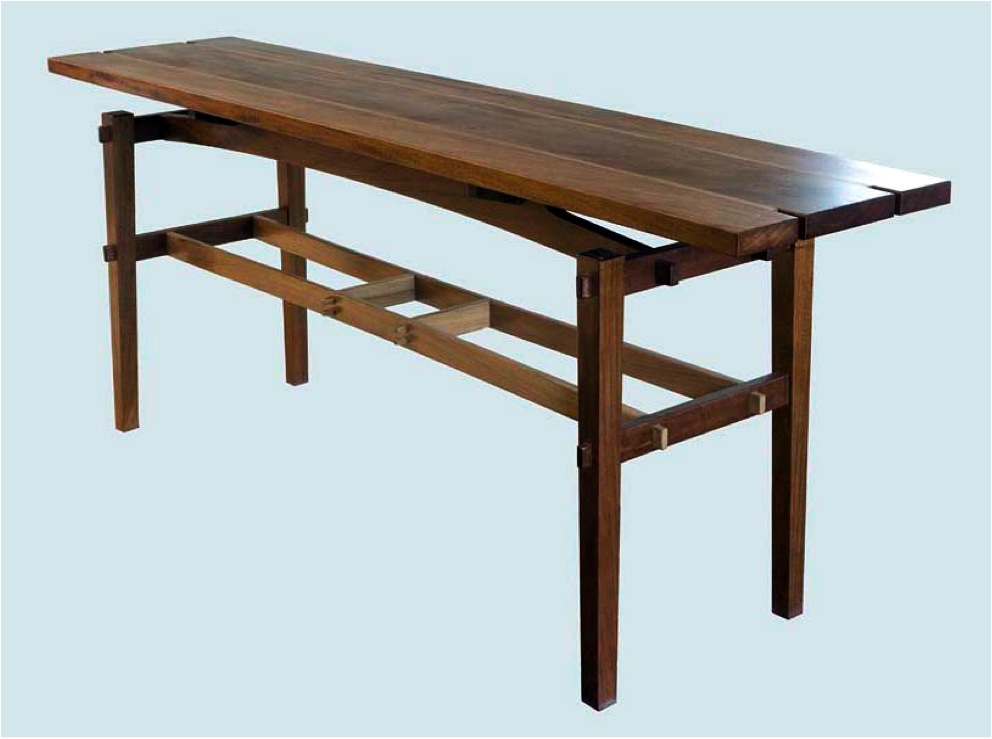 This side table was designed at the request of Carl Fischer, friend, who lives in Victoria, recently retired who wished to take up furniture making. Designed firstly with morticed and tenoned joints which Carl made superbly in 2013 1 in Eastern mahogany and Kauri pine (WA). Sold to Constantine Nikolakopoulos in Griffith ACT.

Carl made a second version (above) with dowelled joints 1 (2014) in an attempt to reduce labour involved with cutting mortices. (proved to be just as much work) and looked a bit too fussy compared to the tenoned version.