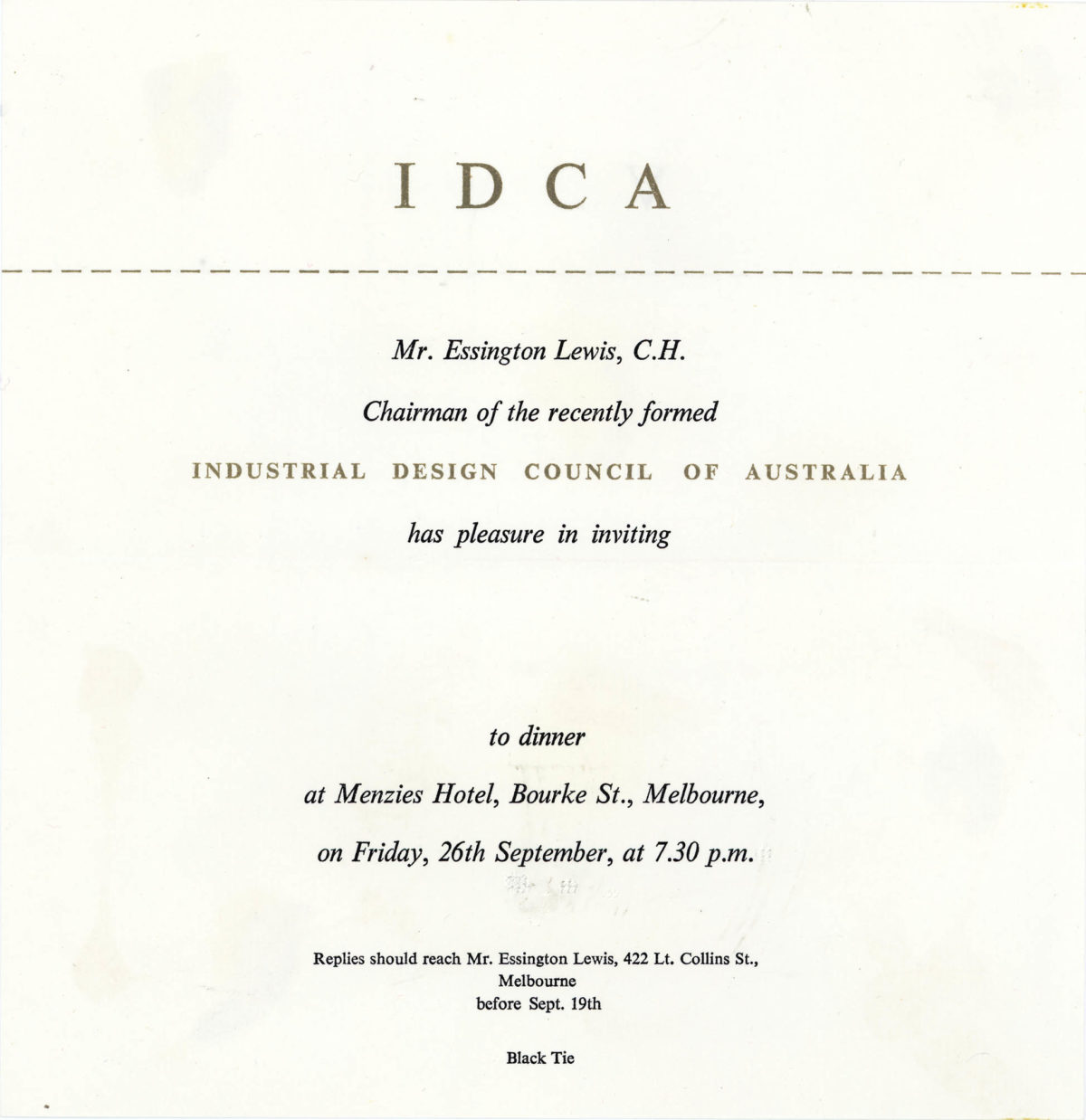 Encouraged by Ross Hohnen, Registrar of the ANU, Fred Ward and I jointly established the beginnings of the IDCA (as it was formally called later) from the ANUDU office and I designed its very first letterhead to be used by Beth Chalmers, the first Administrative Officer of the IDCA who then set up her office with us. Colin Barrie was appointed shortly after as the first Director of the IDCA with IDCA Council meetings held in the ANU Council Room in the old wooden huts which housed the early ANU Administration. Beth and Colin moved to ICI House, Nicholson St. Melbourne a little later and Fred and I returned to normal.

The formation of the IDCA was a heady affair, with Essington Lewis as Chair and several knighthoods on the first Council. I was Secretary / Treasurer. Refer to my ‘Design Council’ section in my biography about Fred Ward for a fuller explanation of the early days.