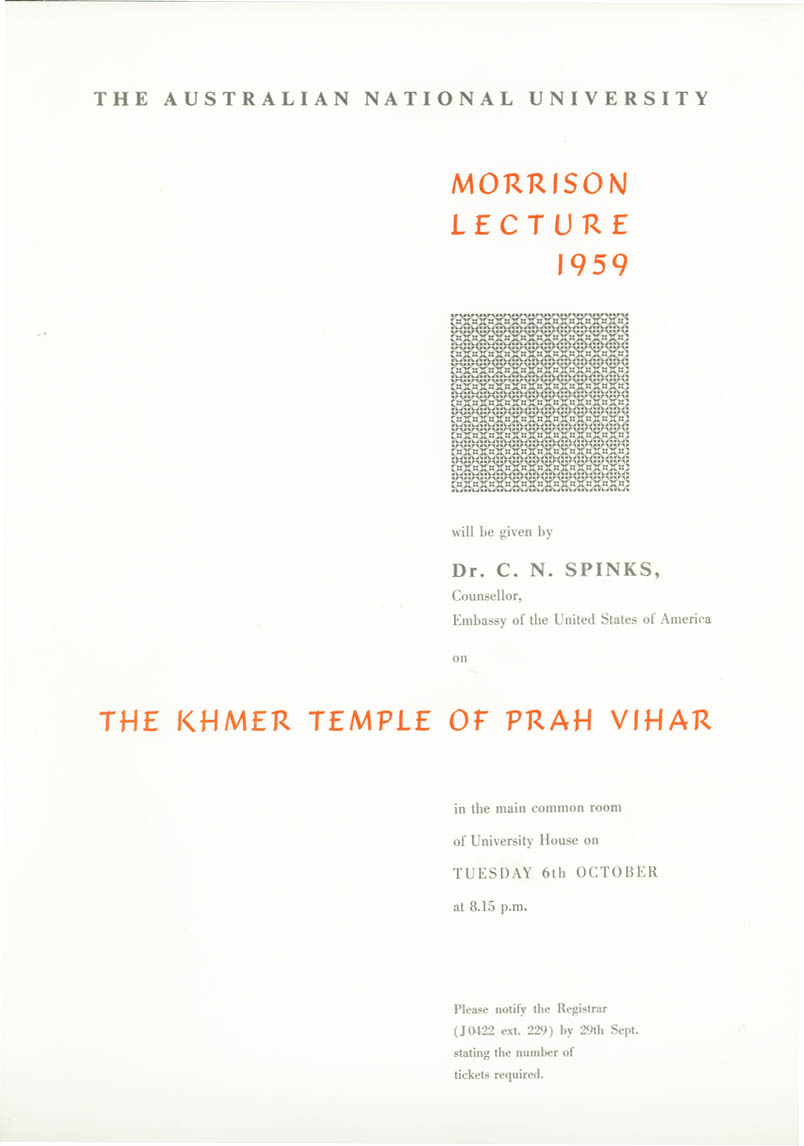 The Morrison Lecture became a significant annual event and the choice of fonts was still somewhat restricting – set and printed letterpress by Bill Papp at Patria Printers in Dickson.

The type in red above was called KLANG (if I remember correctly) which enabled me to put some faint oriental character into the poster.

I encouraged Bill to change to offset printing at long last and he never looked back because it was so much easier and quicker with much more freedom of choice of typefaces.

The calls for graphic design were coming thick and fast from Glynne Jones in the ANU Information Office and the time pressures were usually fairly tight which interrupted my other work, so after a joint meeting with Glynne and Ross Hohnen we felt that a new position of Graphic Designer was warranted.

We advertised and David Walker from Curtin University in Perth, WA responded and got the job. I found out later that he was also trained at the Manchester College of Art and Design (as I was) and he settled in to an ANU house in O’Connor with Pippa his wife.

David subsequently produced some excellent work as a member of the ANU Design Unit and we were able to collaborate on many joint projects.

He was also an excellent silversmith and I remember him working on a mace for the Canberra College of Advanced Education (CCAE) which subsequently became the University of Canberra in later years. David also sat on the Steering Committee for the proposed School of Environmental Design which I initiated in 1966 so Manchester and the ANU Design Unit were well represented with Fred Ward, John Stevens and Arthur Robinson in the initiation of the school which exists today in 2015 at the University of Canberra.